InMobi has announced its new monetisation solution for games, including industry-first playable ads format offered at global scale. To back this solution, InMobi has also created a 25 million dollar fund for indie game developers.

This solution will allow developers to optimise their monetisation strategies based on the emotional state of players as they move through different stages of the game. The solution offers a full range of ad formats that include:

Playable Ads: Developed in partnership with app virtualisation company Voxel, these offer 20 to 40 second interactive ads where users can test-drive the game being advertised from within the original game. This ad format delivers 275 per cent better performance than traditional ad units.

Video Ads: These are 15-30 second advanced video ads, ideal for positive breaks within a game like level wins. Increases app installs by 200 per cent compared to standard ad units.

Rewarded Ads: This format will allow a user to earn rewards such as virtual currency for specific actions that includes watching a video advertisement or interacting with a playable advertisement. It helps delivers 250 per cent higher performance than traditional banners.

Apart from the monetization solution, the company with ‘The InMobi fund’ of $25 million aims to create several millionaires in the indie game developer community, where it will provide advisory services including global scaling, monetisation and ad experience creation to developers who enroll through 2014. The fund will equip indie game developers to increase their app revenue through superior monetisation. 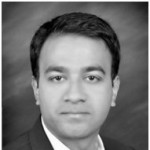 “InMobi is focused on enabling indie developers’ scale globally. With a dedicated program like ‘InMobi Monetization Solution for Games’ we are reiterating our commitment to this community,” said InMobi VP – products, Piyush Shah. “We expect this program will help us partner with some of the most innovative minds in the gaming world to further push the envelope on their ad experiences.”

In addition to these ad formats backed by a lightweight and flexible SDK, InMobi’s monetisation solution for gamers includes a unified analytics platform, partner management and creative consulting services. This solution follows the InMobi Native Ads self-serve launch in April 2014, which sort of set the trend for monetisation coupled with great ad experiences.

“Piano Tiles has a global fan following and user experience is central to our games. We are very impressed with the capabilities of InMobi’s Monetisation Platform. It provides very powerful customisation while making it very easy to integrate with the SDK. We have been seeing high eCPMs on the InMobi network globally and look forward to trying new ad experiences with them,” said Umoni Studio founder Huwen Zen (also the publisher of Don’t Tap the White Tiles).

“eCPMs on the InMobi network have been high and exceeding our expectations. I think InMobi has one of the best Native Ads platform in the industry today,” said Estoty co-founder Guntis Pontags (and the maker of the immensely popular game 2048).