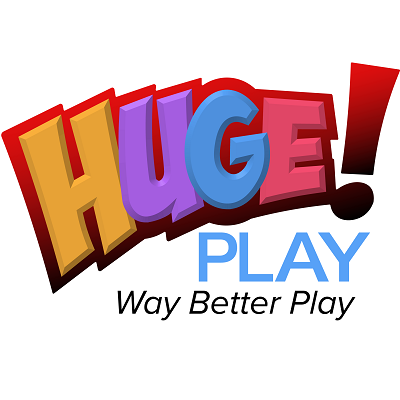 Toy industry leaders Kevin Mowrer, Adrian Roche and Dave Ciganko are on a mission to ‘Change Everything because Everything has Changed’ in the launch of their new global toy company, Huge! Play. With the vision of creating game-changing new products and platforms that shift the way we play and learn with a strong focus on storytelling, Huge! Play is set to transform story-driven play and distribution models with a disruptive consumer-first approach.

Huge! Play is 100 per cent direct-to-consumer premium play products with their first offering to hit the North American market in 2021 with plans to expand globally shortly thereafter.

“Questioning and innovating everything about bringing play to today’s audiences and leaving behind the baggage of the last 30 years of the toy business, is the vision we all share in launching Huge! Play,” said Huge! Play founder and co-CEO Kevin Mowrer. “Our radically simplified B2C model leans into the dominant rise of online purchases and puts us in a relationship that answers directly to parents, kids and fans without all the middle-men in the equation today.  This means informed innovation, with relevance and heart, that will change how we create play and expand their stories.”

With over thirty years of experience creating Emmy award-winning commercial kids IP, Mowrer is excited to forge a new future at Huge! Play. As a top consultant for some of the major entertainment and toy companies, he has expanded the commercial potential for many global kids and all-family IP and Stories. Along with holding multiple toy patents, Kevin founded Hasbro’s Entertainment division and ran their R&D department.

Similarly, Huge! Play co-CEO and co-founder Adrian Roche also brings thirty years of entrepreneurial global toy experience in senior executive roles. Roche was the managing director of Fisher-Price/Kiddicraft in the UK, then spent fourteen years as VP at The First Years /RC2 both in the UK where he set up the European business and later moved to the US to head up infant/preschool and licensing. He later ran preschool, Boys Toys and licensing at Mega Brands in Canada for nine years. In 2014 he was appointed president of North America for China’s biggest toy company, Alpha Toys and was responsible for setting up their US operations.

“It’s gonna be Epic and Huge!” said Epic Story Media el presidente and founder Ken Faier,“We’re excited by the opportunity to bring something new to fans of our properties. It’s the right combination of creativity, collaboration and execution to bring great products to market and get them into the hands of the kids who will love them.”

Rounding out its esteemed executive team, Dave Ciganko is Huge! Play’s chief development officer and co-founder. Ciganko’s spent 40+ years as a creator and executive at Fisher-Price/Mattel where he created globally successful products across all categories from infant through seven plus. He also holds multiple play and product patents. Ciganko’s strengths lay in creating story-driven, innovative toys, with global appeal and his deep relationships with licensors, inventor communities, technology partners and educational experts.

Roche added, “Over the years big changes have been disrupting and challenging the toy and entertainment industry. To succeed today it’s all about focusing on passionate audiences of specific IP. Mass isn’t really mass anymore. The changes in the audience, have freed us to think differently and our shared belief in innovation and exploration made Epic Story Media the perfect choice for our first partnership.”

To further strengthen the business, Huge! Play has assembled a disruptive talent pool and an advisory board of experts who share the passion to rethink and reinvent every aspect of story-driven play.

In addition to the Huge! Play launch, the team is also very excited to announce a new partnership with Epic Story Media. The long-term partnership will create and produce innovative, direct-to-consumer premium toys for key IP’s from Epic’s slate. Each IP will be mutually selected on a case-by-case basis and the toys will be created, produced, and distributed by Huge! Play.