Braille printers, today cost at least $2000, which are too expensive for most of the blind readers, especially in the developing countries.

Shubham built a Braille printer with a Lego robotics kit as a school science fair project after researching about the Braille printers and how much do they cost.

“I just thought that price should not be there. I know that there is a simpler way to do this,” said Shubham, who demonstrated how his printer works at the kitchen table where he spent many late nights building it with a Lego Mindstorms EV3 kit.

After the “Braigo”- a name that combines Braille and Lego – won numerous awards and enthusiastic support from the blind community, Banerjee started Braigo Labs last summer with an initial $35,000 investment from his dad.

Shubham wants to make the printers cost effective and keep the price around $350 and ensure that they weigh only a few pounds, making it lighter than the current Braille printers that weigh more than 9 kgs. The machine could be used to print Braille reading materials on paper, using raised dots instead of ink, from a personal computer or electronic device. 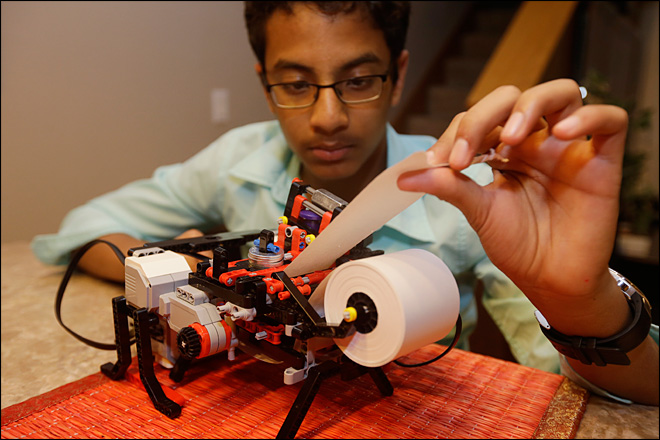