Warner Bros. Interactive Entertainment and IO Interactive released a new, cinematic trailer for Hitman 2, entitled Untouchable, providing a deeper look at the man known as Agent 47, as well as a first look at the many exotic locations that players will be able to experience when the game launches on 13 November. 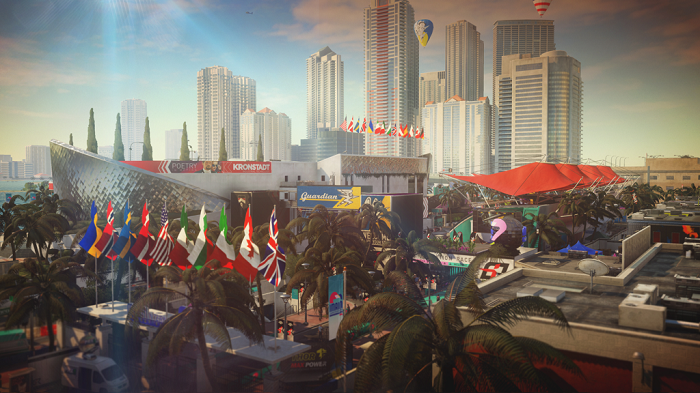 Beyond the sun-drenched streets of Miami and the dangerous jungles of Colombia, the video gives viewers a glimpse of the other diverse destinations that will serve as the ultimate assassination playground in Hitman 2, including Hawke’s Bay, Mumbai, Vermont and the mysterious Isle of Sgáil.

The game is the sequel to the internationally acclaimed video game, Hitman. Featuring entirely new hyper-detailed sandbox locations full of living, breathing environments to explore, the game offers players the freedom to plan the ultimate assassination utilizing an assortment of tools, weapons, disguises and a variety of stealth techniques to creatively trigger their own unique chain of events.

The game introduces new ways to play with the Sniper Assassin mode, a standalone feature that brings a co-op experience to the Hitman series for the first time, allowing two players to work together online to take down their targets. Sniper Assassin is available to play now as an early access bonus for consumers who pre-order the Hitman 2. Players can also enter the Hitman: Sniper Assassin Competition and put their marksman skills to the ultimate test for a chance to win the grand prize of getting their name and likeness included in the future Hitman2 content.

The game will feature a new take on the one-versus-one multiplayer competition with ghost mode. Players will put their assassination skills to the ultimate test as they compete against each other online, both as Agent 47, to assassinate the most targets faster and cleaner than their opponent while utilizing weapons, items, outfits and ghost crate supply drops to help accomplish the overall mission.