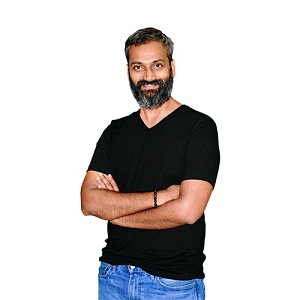 On any other instance, the inception of a comic publication could be traced back to how the passion for the same was turned into a way of life. But at Peach Tree Comics, the journey started on an unusual note. Originally an animation outfit, a group of four animators set out to make an animation series that was unfortunately, left hamstrung by the lack of workforce.

However, they weren’t to be cowed down by the setback, and instead, steered the ship in the direction of comics. Peach Tree Comics co-founder Harshavardhan recalls, “We understood it was not easy to make a good quality animation series with such a small team. So, we converted whatever animation footage we had created into strips and came up with a comic book Rim Jim – The accidental heroes. Thus, Peach Tree comics was also an accidental venture, considering the fact that we started out as an animation company.”

Hopping from animation to comics was a second coming for him and his team, who once again began from the scratch, but successfully put together their first comic publication. It wasn’t without its perks though, as Harsha recounts the problems they faced and the feel-good factor on holding aloft their first ever piece. “Once the idea of making a comic book struck us, we were totally inspired and did a lot of research to gauge the market as well as the target audience preferences. The field was entirely new to us and so we made a lot of mistakes while creating the designs and layouts, but we learnt quickly. It was a proud moment for our team when we held the first copy of our comic book in our hands and we would always cherish it forever!” Rim Jim was their first comic treatment, with Harshavardhan himself penning the story. The artists weighing with artwork were Joesph, Satheesh and Weslin. He continues, “As Rim Jim was planned as an animation series, we had a lot of written material and so could not contain them all in one comic book. The book that we released was only the first part and we had planned to release another four parts of Rim Jim comic books that would complete the story. But unfortunately, the team got busy with other projects after the release of the first part and it has taken us more than two years now to get the second and third part of the comics ready.”

Peach Tree Comics, however, is going back to its roots now and also tapping into the segment that it initially set out for- animation! Equipped with adequate personnel, it now stands in a better position to materialise an animation project, and that’s exactly what it is doing simultaneously!

“Getting into the animation scene has been our dream from the beginning, but it’s only now that we have mobilised the resources as well as a bigger team to give a proper shape to it.” “Unlike most of the animation series that appeals only to kids, we wanted to make an animation series that would appeal to all age groups of people like Tom & Jerry, Mickey Mouse etc. So we took great care while writing the characterisations as well as the screenplay, as we wanted the series to be enjoyed by a four-year-old as well as a 40-year-old. One needs to read the first part of our comic book to comprehend our words better,” he further added.

More in the pipeline is an edutainment series, which is in the pre-production stage at the moment. However, both would be for the TV medium.

As Peach Tree readies itself for a string of launches, the comic industry in India too is witnessing a fillip recently. Harshavardhan though isn’t fully convinced but remains optimistic about the future. “To be honest, we would like the Indian comic industry to be in a much better state than how it is now. Indian kids are still crazy about Marvel and DC superheroes, as we have not offered them a new Indian superhero in the last 20 odd years in the comic book field.”

“The graphic novel scene that caters to adults is doing much better today in India, when compared to the comics industry, whose primary readers would be in the age group of five to 15.”

He concludes, “We are hoping for the best and wish a turnaround would come soon that would give a boost to the Indian comics industry, which is heavily relying on foreign characters and books to stay alive today. We would be happy if our comic book Rim Jim can play a small role in inspiring our kids and make them take notice of the Indian comic books as well.” 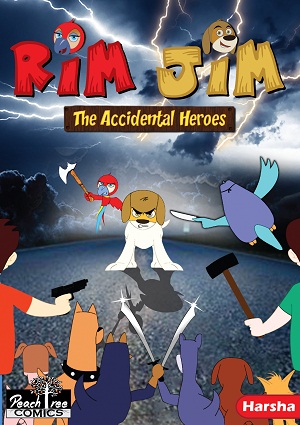