TV Asahi head of animation at international business department and entertainment division Takahiro Kishimoto comments, “We are thrilled to announce our partnership on Ninja Hattori with Green Gold Animation, a highly-regarded production studio from India.  This collaboration with Green Gold will be another step forward for our business development in India, and we hope it will open new doors not only for ourselves but for the entire animation industry both in Japan and India.”

Shin-ei’s experienced team of writers and directors, in collaboration with Green Gold animation studios expert team of animators, is creating the new Ninja Hattori episodes in 2D-HD through a digitally mastered process.

Shin-ei Animation producer Yuichi Nagata comments, “We are excited to have Green Gold on board to take part in the production of our new season of Ninja Hattori.  With our creative content in collaboration with Green Gold’s quality of skills in animation making and diligence, we are convinced that the production of this significant content will be brought to a whole new level of creativity.” 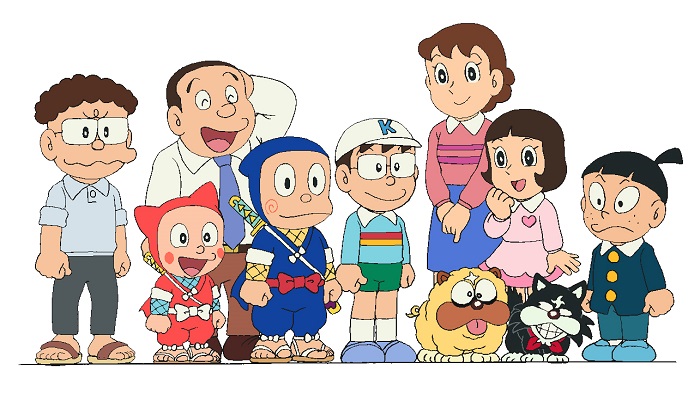 The newly-produced reboot series has been broadcasted in key markets in China (YouKu), Korea (Turner), Southeast Asia (Disney) and Middle Eastern countries. In addition, Netflix, the world’s leading entertainment service is set to release season one and two of the reboot series early next year in India, Southeast Asia and additional countries such as the US, Canada, the UK and more starting early next year.

Commenting on the collaboration, Green Gold  Animation vice president content sales  Bharath Laxmipati says “Working on a global show like Ninja Hattori plays an all-around win-win for us as a leading animation company from India. It is an excellent opportunity to showcase our talent. We look forward to working with Shin-ei’s and TV Asahi on the hugely popular show Ninja Hattori.”

TV Asahi, responsible for international sales of the show, has received strong interests from countries all over the world.