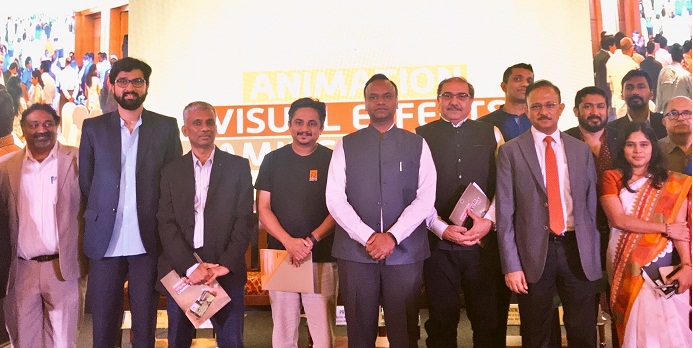 Recently approved by the cabinet, the details of the policy were unveiled today at a gathering comprising industry leaders, trade commissioners, trade bodies and associations, academia and government officials.

The credit for Bengaluru’s current standing as a leading AVGC destination in India goes to Karnataka Government’s foresight in 2012, making it the first state to recognise AVGC as an emerging sector and announce a dedicated policy – the Karnataka Animation, Visual Effects, Gaming and Comics (KAVGC) Policy. Now, the KAVGC Policy aspires to propel Bengaluru as a global AVGC hub. 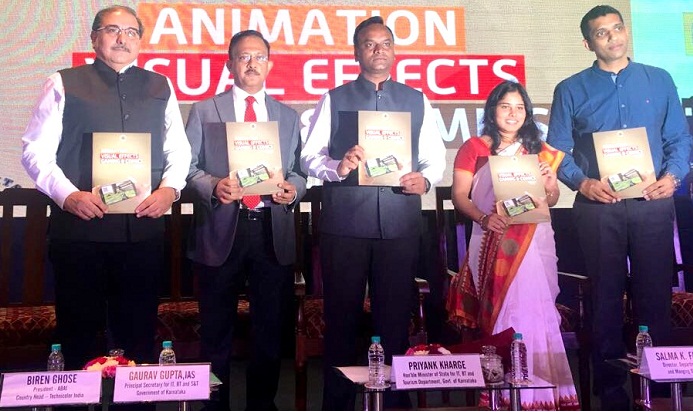 Addressing the gathering to announce the new policy, Priyank Kharge said, “Next Gen KAVGC Policy takes a holistic approach, addressing areas of skill development, infrastructure growth, ecosystem expansion, marketing support as well as financial concessions and incentives. Our goal is to promote exports by attracting global production, while at the same time providing impetus to indigenous productions in terms of original IP and short films and startups in areas such as game development, virtual reality, augmented reality and educational technology.”

He further added, “Given that talent is the mainstay for the creative sector of AVGC, the new policy focuses heavily on skill development with initiatives like industry led finishing school, a proposed Centre of Excellence in partnership with a premier global institution.”

ABAI honorary secretary Adi Shayan added, “The new policy offers unprecedented financial concessions and incentives, such as proof of concept grants for original IP, venture funds for startups and production grants aimed to support studios to invest back in manpower and technology resources to make them competitive on the global as well as domestic stage. These are landmark inclusions that will boost Karnataka AVGC sector’s position.” ABAI, a non-profit industry organisation, has helped draft the KAVGC Policy.

To augment the successful Digital Arts Center Program, initiated as part of the earlier Policy, KAVGC Policy 2.0 aims to increase the number of Digital Arts Centers in Karnataka from seven to 50. The idea is to bring the Fine Arts Colleges, especially in tier-two and tier-three cities into the mainstream by introducing industry-focused digital art training.

Further, the policy envisages hosting top global events in Bengaluru. An annual calendar comprising world-class flagship events like Bengaluru GAFX Conference, Elevate 100 and Bengaluru Tech Summit, together with micro events, will facilitate the creation of a vibrant ecosystem for knowledge sharing, business development, marketing and networking within the industry.

In terms of infrastructure, the policy envisions setting up a world-class AVGC infrastructure with a digital media City that we will house the Centre of Excellence, AVGC Post Production Lab (comprising an incubator, game testing facilities, render farm, etc) and the latest state-of-the-art equipment.

Karnataka is the only state in the country to relentlessly sponsor delegations to attend top global content markets, conferences and festivals. KAVGC Policy 2.0 will continue to extend that support to start-ups, small and medium size companies to provide them with global exposure in terms of business development, selling IP, finding co-production partners, networking and getting acquainted with the latest business models.

“The launch of the Karnataka AVGC policy 2017-2022 is a red letter day for the Indian media and entertainment industry. By the end of the tenure of this policy, we believe that the media industry will be 100 per cent digital in every facet of production, management and consumption. The Animation, Visual Effects and Gaming industry will be a catalyst in leading this digital revolution. The Karnataka AVGC policy 2017-2022 aims to ‘remonetize’ the Indian media industry through an economic partnership between government and a broad constituency across the creative production and IP sectors. I would like to extend my gratitude and congratulations to the government, ABAI and industry colleagues for their support. I hope the sector makes good use of the various incentives within the policy which significantly includes direct monetary grants and cash incentives for each sector. This is a call to action and the industry should come forward to ABAI in seeking their guidance, support and partnership in taking this forward” said ABAI president Biren Ghose.

ABAI joint secretary B.S Srinivas commended the Government of Karnataka for being attentive to the voice of the industry and for their steadfast partnership not only in developing this policy but on the numerous ongoing initiatives.

Summarising the significance of the new policy, minister for IT, BT & tourism, Government of Karnataka, Priyank Kharge stated, “AVGC is an important sub sector of the IT industry and we are committed to make Karnataka a global AVGC destination, by ensuring that the KAVGC Policy 2.0 reaps the best yield.”