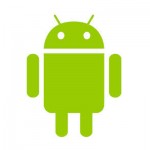 The fight isn’t limited to content alone; the battle amongst various players is now all about who will come up with a smarter TV viewing experience. Launched recently, Google interface Android TV aims to do just that.

The new interface is an extension of Google’s operating system which will take Android to the living room in the form of its upcoming version Android L. It can run on various products mainly smart TVs, set top boxes (STBs), smart watches and cars. Google’s earlier TV product, Chromecast, that was launched in 2010 as a plug-in device for television sets allowed viewers to send data from their phones and tabs on to the big screen using wi-fi. The product had failed to excite users.

The USP of the new interface is that Android tablets, phones and watches can be used as remote control; all one needs is a D-pad and a microphone to send audio commands. The screen has three parts: recommendations, games and applications. It will also hold custom-made apps such as Netflix, Hulu, Pandora along with its own apps like YouTube, Hangout etc. The smart TV powered by Android TV can also reorganise its screen based on usage patterns.

All of Sony’s HD and 4k (ultra HD), Phillips, Sharp and TP Vision television sets will support Android TV from 2015. Asus and Razor are the only confirmed set-top boxes to have taken up Android TV to focus on gaming.

The software development kit for Android Auto will be launched later with Google’s list of nearly 40 partners such as Bentley, Ferrari, Audi, Ford, Nissan, Mazda, Suzuki, Skoda and Honda.

Android TV runs on various hardwares and isn’t restricted to just STBs unlike its competitors Apple TV and Amazon Fire. Its main objective is to enhance the internet viewing experience on television. Google will launch Android TV and Android L simultaneously post September 2014.