It can’t just look like big dinosaurs. Jurassic Park has that covered. These have to be distinct. They have to be their own thing. They’re Titans.
-Michael Dougherty

Directed by Michael Dougherty and written by Dougherty, Zach Shields, and Max Borenstein with budget $170–200 million, Godzilla: King of the Monsters has crossed $339.5 million worldwide. Setting the VFX scenario on a whole new level, the monster movie from the Warner Bros. Pictures’ and Legendary Pictures’ takes the viewers for an adventurous ride into the history of Titans through the realm of enchantments and mythical creatures. 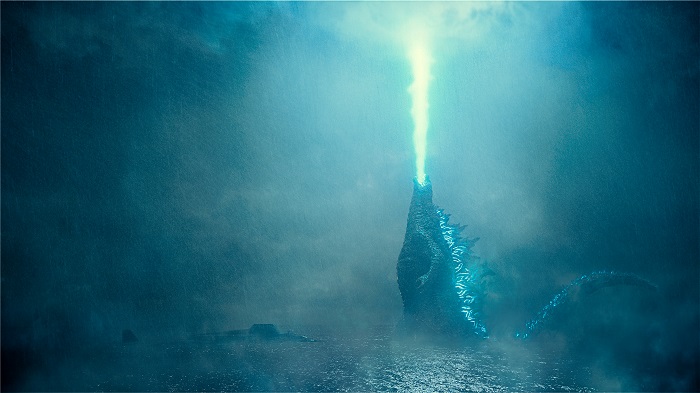 Godzilla: King of the Monsters follows the heroic efforts of the crypto-zoological agency Monarch as its members face off against a battery of god-sized monsters, including the mighty Godzilla, who collides with Mothra, Rodan, and his ultimate nemesis, the three-headed King Ghidorah. When these ancient super-species—thought to be mere myths—rise again, they all vie for supremacy, leaving humanity’s very existence hanging in the balance.

MPC Film was the lead VFX studio for  Godzilla: King of the Monsters. In a candid conversation with AnimationXpress, VFX Supervisors, Guillaume Rocheron talked us through the process of how he approached the mammoth project.

He revealed that the said movie contained about a total of 1535 VFX shots worked upon by as many as 1500 VFX artists from their studio itself. Rocheron was also involved in Gareth Edward’s 2014 Godzilla which is why Legendary invited him to meet with the director Michael Dougherty for this project. 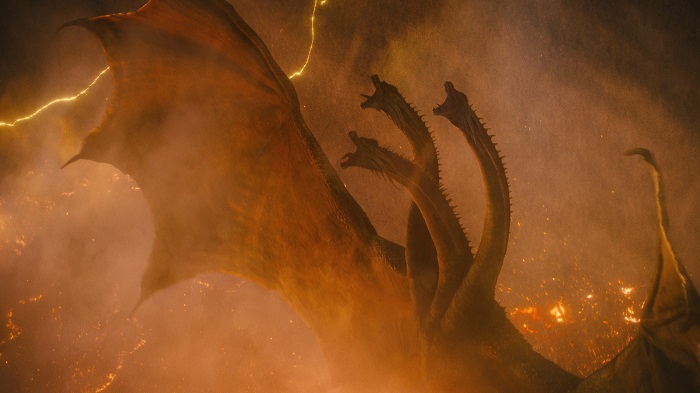 The film reclassifies the monsters’ designation from MUTOs to Titans. For the monsters, Dougherty wanted their designs to emit a godly presence and evoke a sense of worship, where the primitive man saw these creatures and wanted to give them a presence which would make him drop to his knees and bow to this god.

The director instructed the designers to look at the original designs from every era and distil those silhouettes and those key traits into something more modern. It was important for the director that the Titans were not just simply treated as monsters but a very large animal with a distinct thought process. 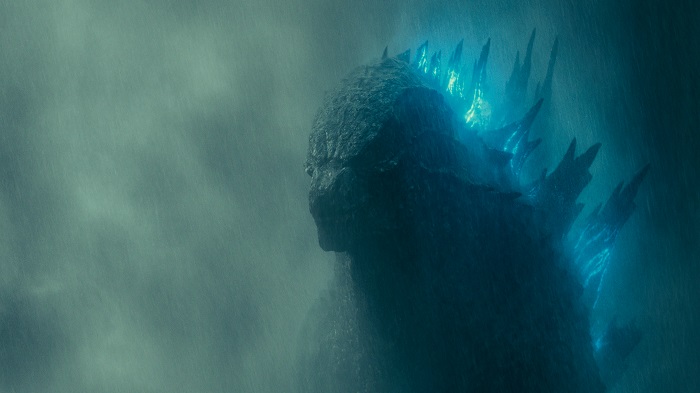 When the VFX supervisor was first approached for the project, his initial focus was “how to showcase the creature’s personalities without them ever feeling like a cartoon or over-animated. Mike Dougherty, the director, really wanted to showcase these creatures as ancient gods – mythological creatures,” said Rocheron. 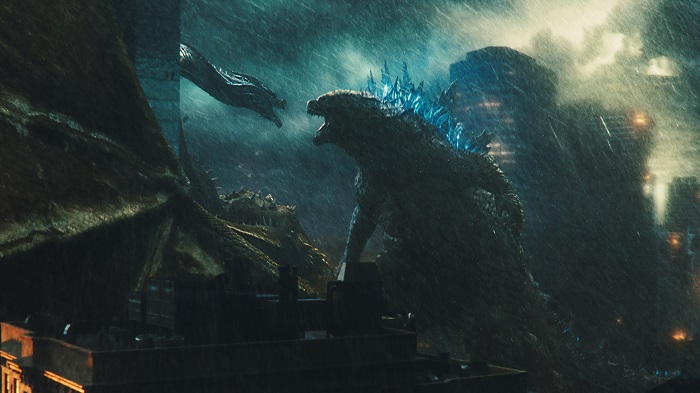 The design of the creature Godzilla contains a lot of intricacies including the spikes, the membrane and so on. To design each element and adhere to one single shot is always challenging.  However, in this movie, there were other mythological characters like Ghidorah, Rodans, Mothra and those character designs for the movie scaled up to a new level.

Upon being asked as to how he dealt with those character designs he replied, “We always try to use natural and real-world references, even though those creatures are fantastical. Godzilla’s details are inspired by lizards, crocodile and Komodo dragons. Ghidorah is mostly inspired by snakes, as we didn’t want him to feel like a western dragon. We looked at vultures and eagles for Rodan, whereas Mothra is a mix of moth, wasps and praying mantis to try to give her aggressive and feminine lines.” 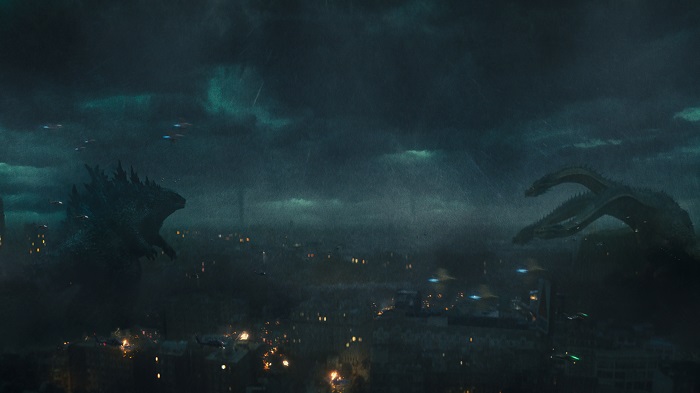 Not only the appearance of the characters is important but also to add life with their behaviours and movements is equally very crucial. “Regarding their behaviour and animation, we again used a lot of animals as references. Bears for Godzilla and wolf packs to animate Ghidorah’s different heads. We also captured human performers as a reference in order to help the animators craft and shape the personality of the creatures,” he added.

The movie has amazing extraordinary backdrops with mythical creatures. The reason behind was that the director of the movie wanted to incorporate the titans as the civilisation of ancient mythical creatures, who have forgotten gods from the ancient civilisation. To visually structure the thought process of the director, MPC took the inspiration of Renaissance paintings of Greek mythology to design many of their shots in the movie. 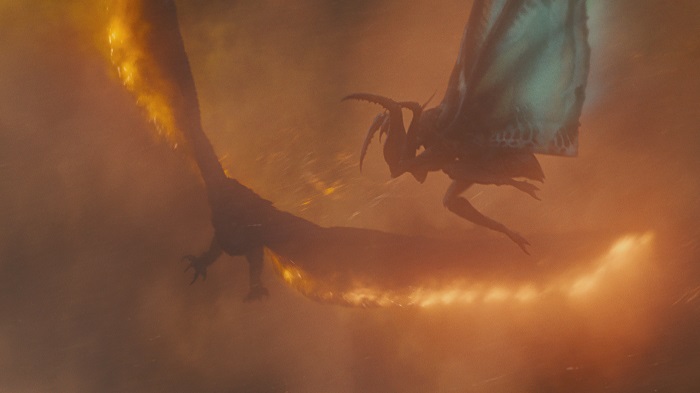 Given the enormous scale of the project, he ensured that everything panned out smoothly by constantly communicating with the director, the editors and all the visual effects facilities working on the film.

The movie is entrenched in VFX and thus according to the supervisor, “Each sequence presented a unique challenge because of their drastically different environments and moods. A lot of shot design work went into making graphics and iconic frames.” 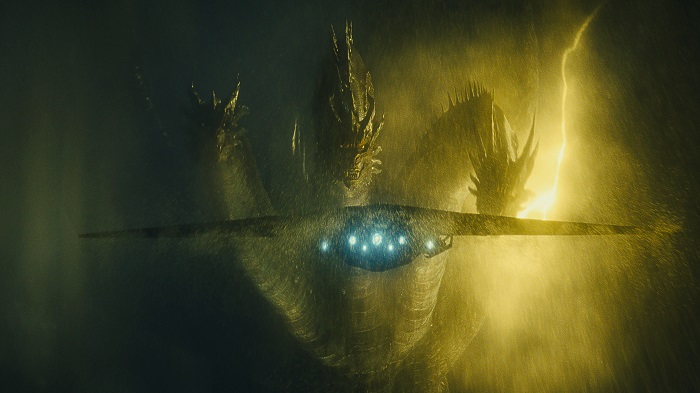 In terms of the creature’s scale and challenges, “each shot would always require a tremendous amount of FX interactive elements between the creature, their environment and the natural elements such as rain and snow. We often used FX elements to show their relationship to gravity, which is a great visual indicator of scale but that also meant a lot of FX layers in every single shot,” added him.

Hence it was difficult for the supervisor to choose a particular sequence because “so much of the movie has some sort of VFX component to it, from the creatures to the environments such as a giant ice cave, Antarctica or an underwater sunken city,” he added. 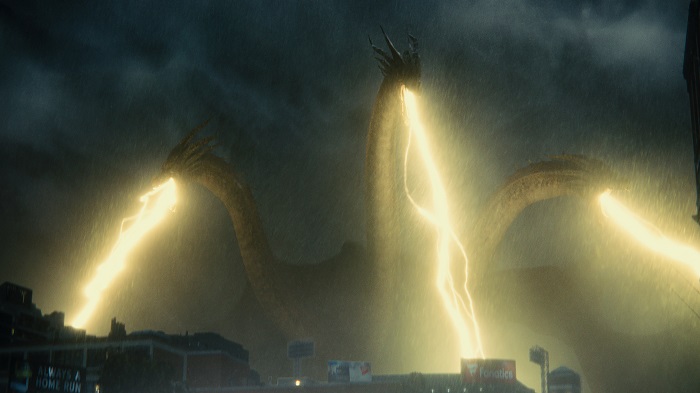 For the movie, every studio has used a different mixture of software, along with a bunch of custom tools as well. According to him, it is generally a combination of Maya, Nuke and then RenderMan or Arnold for rendering.

However, when we asked him about his best memory from the movie he said “Seeing the first assembly of a Godzilla close up, when he is outside over the ocean, in front of the submarine. We did these shots early on as they were our benchmark to create subtle but convincing performances. We knew we were in a good place once we saw it working.” 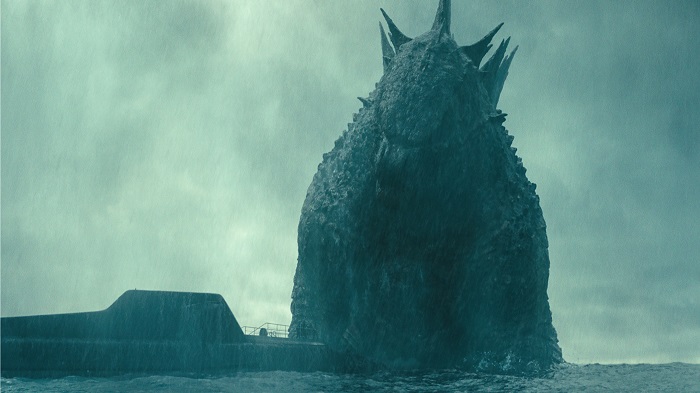 Overall the movie VFX is overwhelming and the response from the audience also lives up to the expectation thus Legendary plans to create a shared cinematic franchise centred around Monarch which will bring together Godzilla and Legendary’s King Kong in an ecosystem of other giant super-species, both classic and new.

Although there isn’t any information as who will be supervising the VFX of the said project we are certain that MPC would be the most suited candidate to be tasked with the job. We will keep you updated on further development. 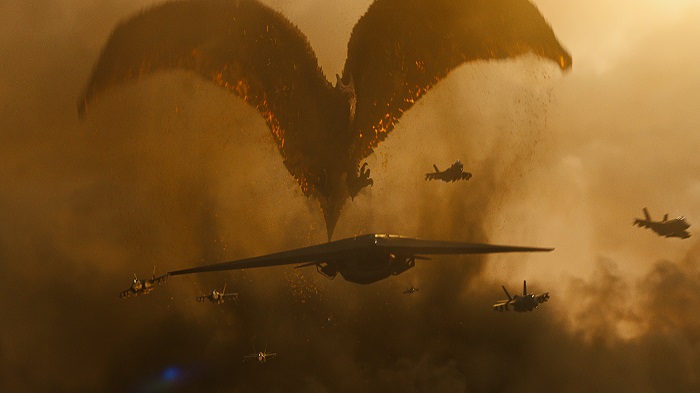