Fresh off the heels of the recent news that Nickelodeon has greenlit season two of Genius Brands International’s animated series, Rainbow Rangers, Nickelodeon Latin America has licensed season one of the series is set to debut in August on the Nick Jr. channel.

Set to be dubbed in Spanish and Brazilian Portuguese, Rainbow Rangers will be available to stream beginning in June on its NOGGIN preschool mobile application.

Rainbow Rangers is a rescue-based series following the adventures of seven girls who are Earth’s first responders, protecting people, animals, resources, and the natural beauty of our world.

Genius Brands chairman & CEO Andy Heyward said, “We are thrilled to expand our partnership with Nickelodeon beyond the U.S. to bring this much-loved series to children throughout Latin America for the first time. Girls and boys across the U.S. are being entertained and inspired by our characters and empowering storylines, and Latin America is a first stop to deliver the fun and excitement of Rainbow Rangers to children worldwide.” 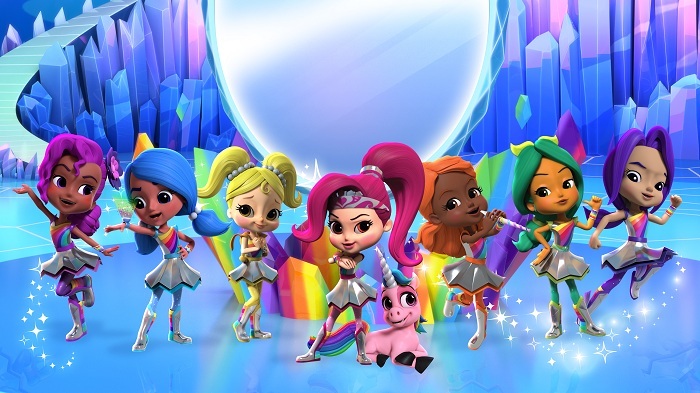 “We are excited to add Rainbow Rangers to Nick Jr. and Noggin’s roster of hit content. This colourful and magical series is sure to captivate our preschool audience with its engaging characters and their thrilling adventures while creating awareness about environmental responsibility. We look forward to the success of the series on Nick’s platforms in the region,” commented Nickelodeon Latin America programming and acquisitions vice president Migdalis Silva.