Latest News
A Song of Ice and Fire is set to conclude after eight years on HBO with the final season of Game of Thrones set to broadcast in just a few weeks. Although largely an adaptation of George R.R. Martin’s classic novels, the last two entries are yet to be released and the show is now charting its own course. Concerns around the books’ endings being spoiled by these episodes have been doing the rounds on the internet. However, Martin recently disclosed that he’s made some amendments to maintain suspense, even if they’ve seen the show. 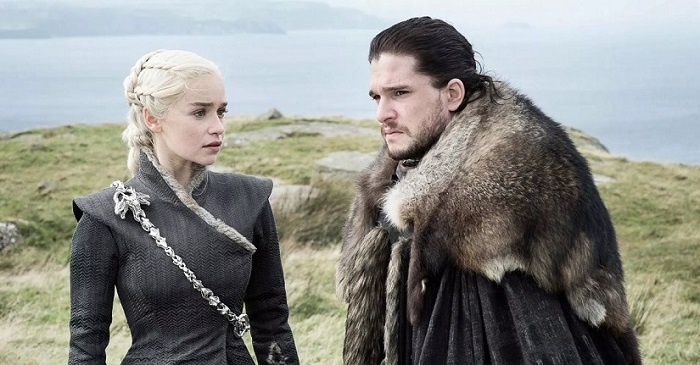 Martin certainly has had a lot of time to finish the series, as the fifth book A Dance of Dragons was released in 2011 — just a month after the first season of Game of Thrones ended. He was due to launch another instalment, though has revealed chapters of his next book The Winds of Winter in the recent years.

“I’ve been so slow with these books. The major points of the ending will be things I told them five or six years ago. But there may also be changes, and there’ll be a lot added.” Martin said to Rolling Stone. But the showrunners have faced their own difficulties in churning out a decent storyline. D.B. Weiss spoke with Entertainment Weekly about the opportunity they’ve had in being able to tell this story. “If you’re going to spend 10 years working on one show, you better really love the people you work with because you’re spending a sh—a load of time away from your family and friends,” said Benioff. “You always put everything into it. So to spend time on a show that people respond to all over the world, it’s incredibly gratifying. You have these characters you love and you can come up with ideas for them, and a few months later these incredible actors will be saying those things. That’s such a rare gift.”
The final season of Game of Thrones premieres on HBO on 14 April 2019.