Having gone from strength to strength, Swastik Production’s VFX wing One Life Studios has worked its VFX wizardry on a slate of content over the past couple of years. Known for their magnus opus Porus, Swastik Production has renowned for culturally rich VFX imagery in shows like Mahabharat, Karnaphal Daata Shani, Mahajali, RadhaKrishn, Chandragupta Maurya etc.

Recently AnimationXpress spoke to One Life Studios’ business head Summit Jaiswal to know more about their works, pipelines and approaches.

Tell us about your recent projects.

There are a couple of interesting projects we have worked on and some which are ongoing. Recently, we finished working on a Punjabi film “Jind Meriye” which was released on Jan 24. Nikka Zailder 3 is one of our independent Punjabi films produced by Viacom 18. We also worked on Sacred Games 2, Poison and Fixerr lately which were all web series. We also worked with Nippon India Mutual Fund for their Mantra campaign ad film. As you can see, our experience has been varied, covering the entire spectrum of content. We have many more exciting projects lined up, which you will come to know of in due course of time.

Which project did you win the 24 fps award for?

we have been winning other awards and accolades as well. One Life Studios VFX brought home two awards for RadhaKrishn at the FICCI-BAF awards in 2019. That year, we marked a hat trick after having bagged awards for the last two years for our shows Shani & Porus. In 2017 we won Golden Petal award for best VFX for Shani, best VFX for Porus at ITA technical award in 2018. We have also won the National winner for best VFX at the Asian Academy Creative Awards(Singapore) for Porus and for RadhaKrishn in 2019. 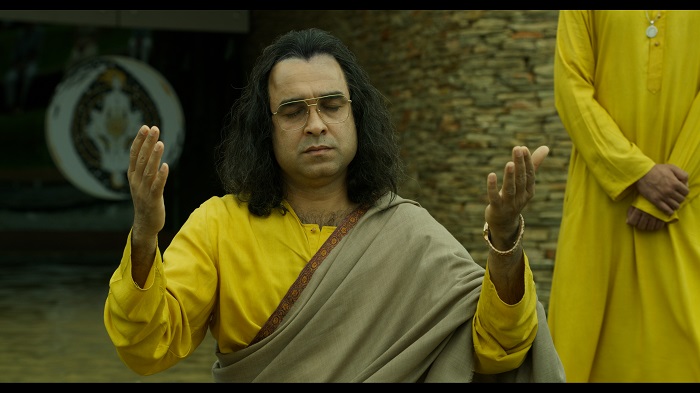 Content creators are increasingly making use of VFX technologies to enhance their content. Tell us what sort of VFX trends are you witnessing in the industry?

manner to meet equally with global counterparts. The VFX industry is a fast emerging and absolutely necessary part of film making, and the cutting edge work carried out by Indian studios has catapulted the country onto the global VFX scene. VFX is making its presence felt in films of all genres be it action, comedy or romance, irrespective of scale, be it small, medium or big-budget movies, web series or short films. I’d say the VFX Industry in India is definitely gaining popularity and it is indeed encouraging to see that mainstream Indian filmmakers plan their production schedules to accommodate the VFX component of the film. While the industry will get a boost after the release of a few big films in 2020, the television space is also not to be underestimated, it is increasing rapidly with better quality output compared to where we were. There are many content creators in India, but there are very few who have that visionary leadership. One of them is Siddharth Kumar Tewary who is the founder and creative chief of Swastik Productions. It is his immense faith in our capabilities which has led us on the right path with great opportunities.

How is television VFX different from other mediums?

To be honest, the difference is not really much except the quality – the main reason being very short deadlines. Television is a fast, deadline-based medium. Otherwise, the format, working style, output and the challenges are the same as compared to feature films or commercial ads. I also strongly believe that quality comes with time and systematic flow of thought. Adequate time, budget and an inspiring vision is key.

What sort of deadlines do you have to work in, given the fact that T.V works differently?

Like I mentioned earlier, time is of essence in the television industry. For e.g. we are delivering VFX based television shows for mythological content for 6 days in a week with not less than 500-700 shots on an average per episode, so the deadline which we work on is not more than 12-16 hrs for each episode.

What are the challenges you face?

VFX is all about challenges like battling deadlines while keeping quality and creativity at our peak. Accepting these challenges is the first step, good work follows subsequently!

How many artists are there in the studio?

We have a total of 100+ artists working tirelessly in our studio churning out this great body of work.

What advice would you like to give to budding artists?

Follow the 3 Ps – Patience, Passion and Persistence. Stand out by showing you’re willing to learn and doing what’s necessary to get things done. Show that you’re a team player. Keep learning constantly and never be afraid to ask questions to learn new things.

VFX  guarantees a rewarding future with no dearth of opportunities as it is one of the fastest-growing segments of the booming media & entertainment sector. The VFX industry is catching up very quickly today in Indian film industry. Some very good examples are South Indian movies like Makkhi, Bahubali, Robot look at their work they have created a huge demand for trained artists. We at One Life Studios, believe in empowering the student community with internship and helping them with training programmes at our studio.

Has the quantum of work increased over the years, given the advent of the digital ages?

Most definitely!  The world today is digitalized to an extent as never before. Over the past couple of years, the digital media industry has experienced unparalleled growth, and studies predict promising double-digit growth. Technology development has increased VFX implementation in both big-budget films and regional cinema. This is due to the latest technology and equipment now easily accessible at affordable rates in the country, making it easy to start a company or project. VFX studios are popping up everywhere.

We are glad Indian studios like One life are churning out such spectacular work that is adorning the VFX scenario. We hope to see more such rich and differentiated content in the future.