Games Latest News
Video games have gone mainstream – moving quickly from expensive consoles to the mobile devices we have in our pockets every day. With the introduction of esport gaming companies and streaming, services have transformed gamers into genuine stars with seven-figure earnings. Therefore as the number of Covid-19 affected increased organisers have taken the advantages of the popularity of esports and gaming and have introduced esports tournaments to fight against the virus. Where the funds raised by these tournaments to be utilise for the ailment of the Covid-19 affected or some way or the other to fight against the virus. We have listed some of the tournaments which are introduced for the good. Some of them are already held, some are on going and some are planned for future NBA 2K Players Tournament: NBA is kicked off its NBA 2K Players Tournament on 3April and will continue on through 12 April  featuring all-star players such as Kevin Durant, Donovan Mitchell, and more competing in a single-elimination player-only game. Additionally, players will compete for $100K for their charity of choice — and the title of NBA 2K20 Players Champion. The tournament can be catch live on ESPN or ESPN2, as well as the NBA website. This effort to turn the traditional sports channel into an esports watch party is the result of COVID-19. Because of the pandemic, all traditional sporting events and games underwent delays or complete cancellations. This is the NBA’s way of telling fans they can still view their favorites on TV, just in a different setting.

WeSave! Charity Play: WePlay! Esports hosted the WeSave! Charity Play Dota 2 event featuring 24 Dota 2 teams. WeSave! Charity Play a non-profit Online Dota2 Charity Marathon dedicated to fight COVID-19, took place from 20 March to  26 March. Six regions of the Dota 2 world; Southeast Asia, CIS, China, Europe South and North America, teams supported to raise some money to aid in the combat of the currently ongoing COVID-19 pandemic. The event featured a “prize pool” of $120,000 that will be donated to coronavirus charities, which was driven up further with donations from viewers and sponsors. Team Nigma managed to grab the win from HellRaisers

@TeamNigma have proven to be one of the strongest teams in the EU & CIS regions!

#GamingForGood, PUBG MOBILE charity tournament: London-based organisation Fnatic has teamed up with Loco and organised #GamingForGood, a charity event for the Indian esports community. The PUBG Mobile event was an initiative devised to help those affected by the ongoing coronavirus pandemic. The event took place between 3April to 5April, and 18 games were played. The prize pool of Rs. 2,00,000 was set which will be awarded to the top three teams.  The top 3 teams will donate the prize money to either Zomato Feeding India or 4DOG’SAKE India. 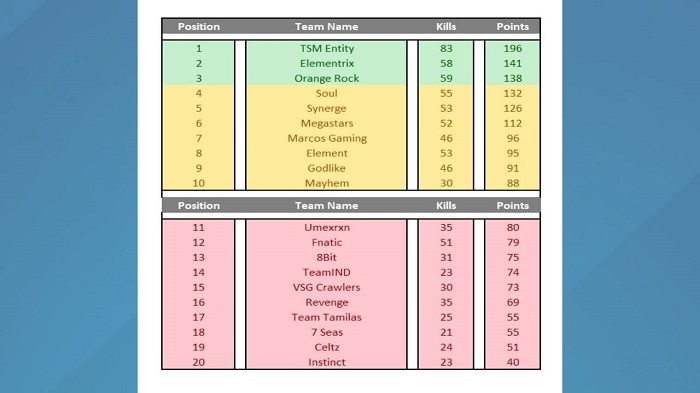 Shutdown Showdown, Apex Legends charity tournament: It is an online national Apex Legends charity tournament to promote and reward those fighting against the spread of COVID-19 by staying home. Several esports companies came together for this five-week Apex Legends tournament known as the Shutdown Showdown which will allow players to fight the spread of COVID-19 by staying at home. Gaud-Hammer Gaming Group, Ultimate Gaming Championship, and Beasley esports have come together for the charity tournament and will reward competitors with mystery packs filled with gaming gear, snacks, and other fun prizes. It started on 31March and each week teams of three will go head to head in custom server matches on UGC’s gaming platform, UGC Esports. 40 per cent of each registrants’ fee will also be donated to the No Kid Hungry campaign which is dedicated to feeding children who rely on school lunches while the schools are closed. Almost every school, in the United States, is closed or locked down due to the virus, so the campaign needs assistance more than ever.

Will you clutch it? #ShutdownShowdown#PlayApartTogether and fight for a good cause ?

La Liga FIFA 20 esports tournament: While the majority of leagues around the world have been suspended due to measures put in place to slow the spread of the coronavirus pandemic, La Liga football continues to go ahead in the form of a charity esports tournament on FIFA 20. Organised by Spanish video game streamer Ibai Llanos, the influencer invited each of the Primera Division sides to nominate a single player to represent their teams in a 20-club tournament that took place from Friday 20 March to Sunday 22 March and was streamed on Ibai Llanos’ Twitch channel.While there was no official charity associated with the La Liga Santander Challenge, Llanos said that any money raised during the various streams through donations will go towards supporting Spain‘s fight against the coronavirus pandemic.

Thank you to all 16 teams who competed and to everyone who tuned in today for our $100K Warzone From Home tournament. We hope you enjoyed the show!

Code Red charity tournament: BoomTV hosted a $300,000 Code Red charity tournament Apex Legends Charity Tournament that took place on  26March. $250,000 was donated to the International Federation of Red Cross to assist their ongoing COVID-19 efforts. The tournament featured six matches in total; three on Kings Canyon and three on World’s Edge. The Apex Legends player base seems to be divided on which map they prefer, so having both included will keep everyone entertained.

As apart of it, $250k is being donated to the @ifrc to support the ongoing COVID-19 efforts. Thank you to everyone who participated and tuned in! #Stayandplay pic.twitter.com/P4XgaxTFeN — BoomTV (@GoBoomTV) March 26, 2020