A packed house turned up to watch Eros Now’s premier of its original Smoke at the Verriere Californie in the famed Palais des Festivals in Cannes, France on 15 October 2018.

The shortened 20 minute version of the 45 minutes per episode had you gripped right from the first frame which showed the ailing Tom Alter essaying the role of a Russian drug mafioso lord. It revealed the dark underbelly of Goa – a vacation spot for both Indians and foreigners alike. But behind the façade of sandy sun kissed beaches lies the cruel world of the drug cartels – the Israeli, the Russian, the Konkani – which fight bullet for bullet to control the flow of cocaine, marijuna, speed, in to the land of beaches. 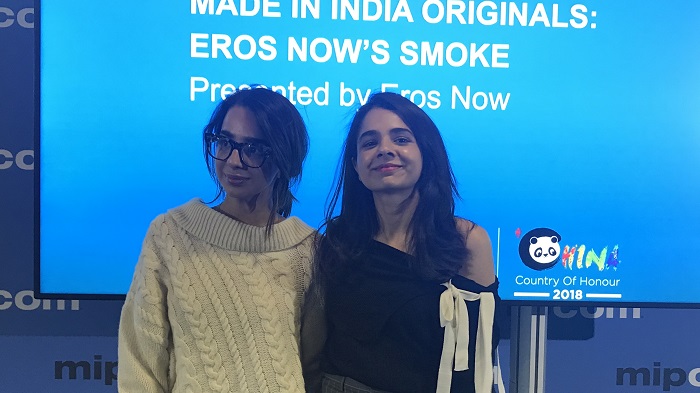 Eros Now chief content officer Ridhima Lulla was pleased with the response Smoke received at the screening. “It is a serious initiative targeted at showcasing Goa like it has never been before,” she says. “The story will take you to deeper into the gang wars that only locals in Goa know about. Our teams worked closely with then to get closer to what really happens in the drug trade. You can safely say that the series is inspired by real events.”

Present at the screening was Rishika Lulla, Eros Now COO Ali Hussein, apart
from a string of distributors and producers from all over the world.