As India enters into the ninth week of lockdown, BARC India and Nielsen Media released their ninth edition of the report on ‘Crisis Consumption on TV and Smartphones’ during the COVID disruption period.

Due to social distancing and no access to outdoor activities, consumption on TV and OTT platforms have naturally increased manifold. As per the recent report dated 29 May, online consumption is double than that of 2019, but has seen a drop from the first week of April when it reached the peak in the first phase of the lockdown that was announced on 24 March. 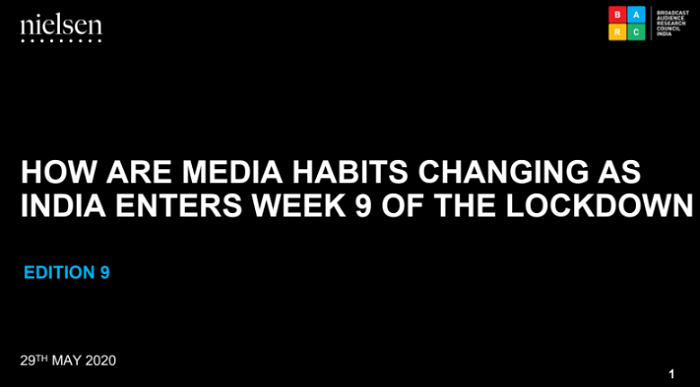 The report also shares that viewers for SVOD (subscription based video on demand) have increased to 78 per cent and 40 per cent in AVOD (advertisement based video on demand) in comparison to 72 per cent and 33 per cent respectively in 2019. There has been an increase of 30 per cent in the number of OTT services used per user in 2020 compared to 2019. There has been an increase in NPT (Non Prime Time) hours 10 am to 2pm and 10 pm to 2 am.

Quite expectedly this includes children too, who are given different kids apps or streaming services to remain engaged and entertained while parents work from home or are busy with household chores.

Disney’s The Lion King (both versions) has consistently found a place among the ‘Top 10 Movies’ on OTT platforms consumed on smart phones throughout the lockdown period. Others are Extraction, Avengers: Endgame, Jumanji: The Next Level and Joker besides other Bollywood films. 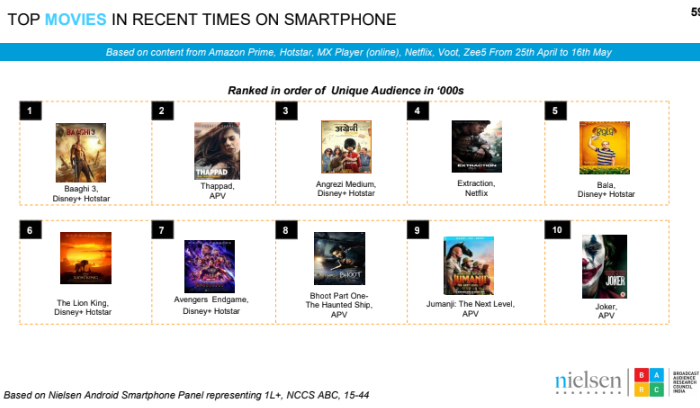 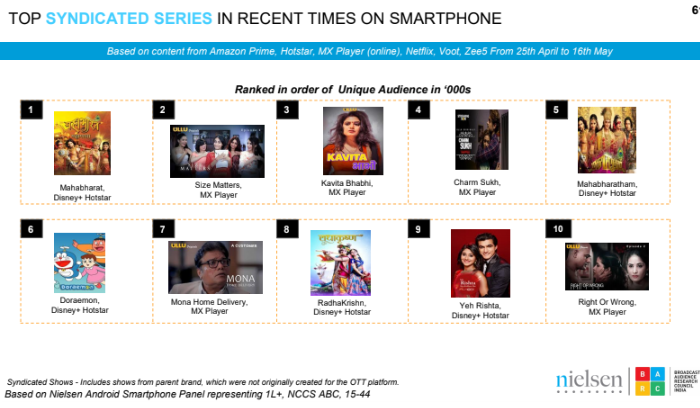 Doraemon too has earned a place in the ‘Top 10 Syndicated Series’ consumed on OTT platforms on smartphones. Earlier we reported that Chhota Bheem (19 per cent) and Doraemon (26 per cent) rule the hearts of kids as well screens amid this lockdown with inputs from ‘Thinking Hats Consumer Insights’.

Disney+Hotstar has clearly dominated the online VOD consumption in the country since its inception. And there has been no exception even in the lockdown with five shows out of Top 10 shows, and five films out of Top 10 films being consumed on the platform.

With the launch of Disney+ in India via Hotstar in April, the numbers have been quite good for both the streaming platforms, leveraging each other’s strength and quality of content, wide reach and loyal consumer base. Disney fans in India elated by the launch, revisited nostalgia by rewatching animated classics, Marvel’s superhero blockbusters and the huge array of content targeted to kids, teens, tweens and above.

Disney revealed in its Q2 earnings call that the launch in India has hugely contributed to the subscription numbers overall.

The entire Disney, Pixar, Marvel library has contributed largely to the streaming numbers and revenue amid the lockdown. Now it’s time to see how this goes ahead in the near future with consumers having to deal with habit formation and the new normal.