DC’s Shazam! title will be ending in September with issue #15. Guest writer Jeff Loveness (screenwriter of the upcoming Ant-Man & the Wasp sequel) and artist Brandon Peterson (Avengers, Justice League) will be wrapping up the run, with their second of two issues – their first, #12, was released on 3 June.

“The greatest kid superhero ever faces the worst teen supervillain as Billy Batson and the Shazam family confront Superboy Prime,” reads DC’s solicitation for their finale in #14. “Superboy Prime has the powers of Superman and none of his heroic morality – can even Shazam stop the most powerful threat he and his family have ever encountered?” 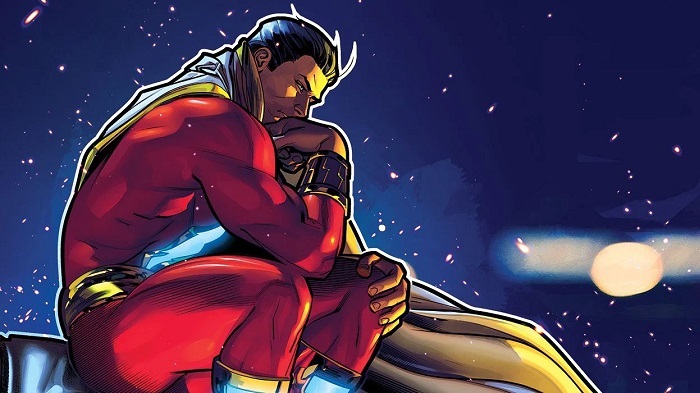 Johns and Eaglesham launched Shazam! in December 2018, with an intermittent release schedule that interrupted the flow of the monthly title. Their finale in Shazam! #14 has been expanded to a 40-page issue.

“After a night battling robots across the globe, Billy Batson finds out not everyone loves superheroes when one of his teachers unleashes a lecture on the ethics of unchecked power and privilege,” reads DC’s solicitation for the finale. “It’ll take more than just the wisdom of Solomon for the teen hero to figure this one out.”

Shazam! #15 is scheduled to arrive September 22, with a primary cover by Peterson and a variant by Francis Manapul.