Latest News
In the wake of the Coronavirus epidemic, doomsday games are topping the charts. Apps like Plague Inc. and Rebel Inc. top China’s iOS download chart recently. What is Coronavirus ? On 31 December 2019, WHO was alerted to several cases of pneumonia in Wuhan City, Hubei Province of China. The virus did not match any other known virus. This raised concern because when a virus is new, we do not know how it affects people. 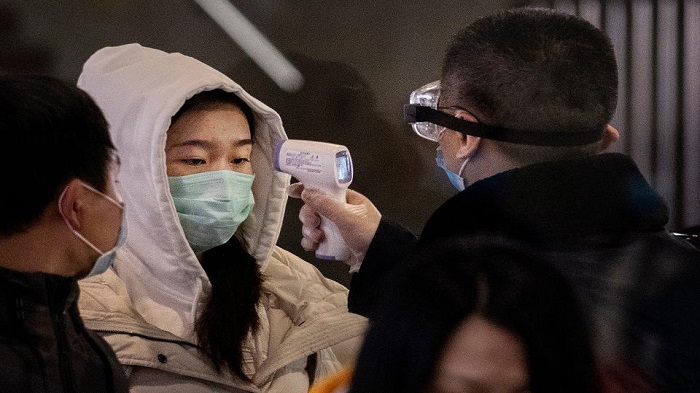 One week later, on 7 January, Chinese authorities confirmed that they had identified a new virus. The new virus is a Coronavirus, which is a family of viruses that include the common cold, and viruses such as SARS and MERS. This new virus was temporarily named “2019-nCoV.” Apparently according to CCN  report Chinese citizens are avoiding the SARS-like Coronavirus by playing doomsday games at home.They have extracted the data from mobile app analyst firm Sensor Tower, Chinese gamers are suddenly flocking to two mobile games from developer Ndemic Creations: Plague Inc. and Rebel Inc. The developers behind Plague Inc took to Twitter to share some information, telling its players: “We’re getting a lot of questions about the ongoing Coronavirus outbreak- the World Health Organization has some great information.”

We’re getting a lot of questions about the ongoing Coronavirus outbreak- the World Health Organization has some great information here: https://t.co/aG29SD68Iu pic.twitter.com/kLFq6CmPGo

The scare of the epidemic has taken over the internet. Some user says, “This outbreak reminds me so much of Plague Inc. In fact, I feel like I’m in plague inc, and that kinda scares me.” Not only that another user named Sara said

So what I’ve learnt from plague inc is that if you attack China & India (major population hubs) first, you have the greatest chance of successfully affecting and killing the entire world population- which is why the coronavirus is so deadly

Plague Inc. – a human annihilation strategy sim – jumped to the top of the Chinese iOS download chart on Wednesday. In a rather unsettling parallel to real-world events, Plague Inc. tasks players with developing a pathogen. From there, they must spread it by avoiding treatment through mutations and upgrading the pathogen’s attributes. Interestingly, Plague Inc. allows the player to control the spread of misinformation about the pathogen. It’s all rather apt given accusations that the Chinese authorities may be understating the Coronavirus epidemic. Or, at the very least, failing to quell fears as spurious rumors spread through the lack of a steady stream of correct information. Rebel Inc., a geopolitical sim, sees players guide a failed nation back to its feet while warding off insurgent forces. The mobile game surged up the charts from 27th to fifth in the space of two days. With the rising number of Coronavirus affected people WHO has been working with Chinese authorities and global experts from the day we were informed, to learn more about the virus, how it affects the people who are sick with it, how they can be treated, and what countries can do to respond. Because this is a Coronavirus, which usually causes respiratory illness, WHO has advice to people on how to protect themselves and those around them from getting the disease.