As the launching of sports betting markets continue to show rapid growth across the United States, a decision this week by DC Comics caught a few people in both the comic book and gambling industries a bit off guard.

DC Comic registered new trademarks for several of its properties in the gambling and entertainment categories. Included among these trademarks were the Man of Steel (Superman), The Dark Knight (Batman), Wonder Woman, Green Lantern, and Flash. Each was registered for a variety of gaming operations.

It was DC Comics lawyer Christopher Jackson who registered the new trademarks. These trademarks cover such entities as casino and lottery gaming machines, as well as online computer games.

Industry sources believe that reasoning behind these trademark moves is nothing more than a protective strategy to ensure the DC brand isn’t appropriated as the gambling market continues its massive expansion across the 50 U.S. states.

When Scientific Games, one of the major players in the slot machine industry both in terms of retail and online markets, recently purchased NYX Gaming, the company also acquired the license to the original Cryptologic slots for DC characters.

Ash Gaming, based in the United Kingdom, offers six different versions of retro-themed Batman slot machines. All are based on the campy 1960s Batman television series that starred Adam West as Batman, Burt Ward as Robin and Yvonne Craig as Batgirl. 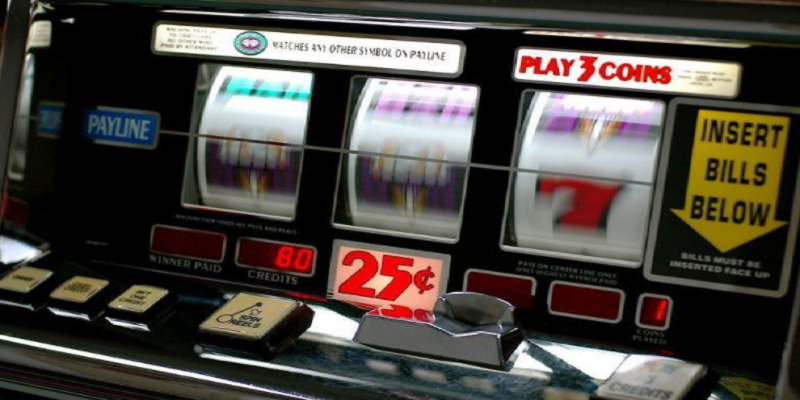 “Slot Machine” by Jeff Kubina is licensed under CC BY-SA 2.0

What Could Be In Store With These New DC Trademarks?

It’s a good question and one at the moment without a specific answer. As stated earlier, it could merely be a purely protective move by DC. As more and more online casinos open in U.S. States, these trademarks might have been put into place to ensure that none of the company’s brands are pirated off into the wild west that is the internet.

Then again, perhaps DC has plans to expand its slot machine empire, or has even been approached by some of the other major players in the gaming software development industry such as GAN, Playtech, Next Gen, or IGT who are looking to develop more DC-themed slot machines.

It’s a proven fact that slot machines paired with television and film characters tend to gain popularity among bettors. There’s something about playing the slots with familiar characters portrayed on the machine that is more intriguing and possibly even more welcoming than simply standing in front of a generic-themed slot machine.

On top of that, some of the current DC-themed slots are as much as 15 years old. DC and the game-development companies may simply be interested in updating the product they offer to players.

Gambling and DC Comics aren’t exactly strange bedfellows. Whenever a new DC-themed superhero film hits the theaters, the popularity of these productions ensure that there will be prop bets on offer at any of Usa’s best sports betting apps on potential events and outcomes that could unfold on the big screen.

For example, earlier this summer that was a prop wager asking which DC film would next see actor Henry Cavill portray Superman on screen?

In September, word leaked that Cavill had signed a deal with DC Comics to star as Superman in three more feature-length films, as well as make cameo appearances in three other DC-themed projects.

The betting line on this still-open prop wager lists Shazam! 2 and Aquaman 2 as the favorites as far as the next time the general public will get to see Cavill flying around the screen as the Man of Steel.