AnimationXpress is back with yet another summit- Comic Books & More (CBAM)! And this time for the comic books industry in India. The Indian Comic Books industry is bubbling with talent and amazing content. Some of the phenomenal artists and writers have even made an indelible mark on the global map.

One such writer is Ram Venkatesan (Iyer) better known as Ram V, who is the award-winning author of critically acclaimed titles such as BRIGANDS, Aghori, Black Mamba, The Savage Shores, Blue In Green, Batman and Catwoman for DC Comics and Thor and few others for Marvel. The Comic Books & More (CBAM) Summit hence started with a ‘bang’ with the writer/artist delivering a keynote in conversation with AnimationXpress editor-in-chief and CEO Anil Wanvari on Cracking the World of Comics.

A chemical engineer by profession, Ram V decided to call it quits and chase the writing bug inside him. “I have been the person to dive with both feet, so when I decided to switch, there was no doubt in my mind. Yes, the initial days were challenging and involved a lot of legwork, incomeless periods, but focusing on my art and the quality of it, worked. I had absolute faith in my art and I had no delusions of what I was getting into. When Aghori came out it was quite a bit of success, and we kick-started Black Mumba after that. It raised close to 14,000 pounds for its publication. So I knew that now I know how to make money doing this and worked on my art,” he said. 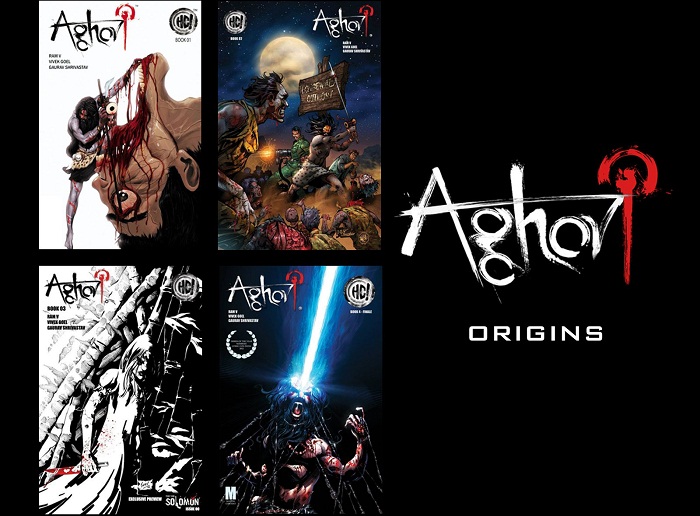 Aghori from Holy Cow Entertainment was written by Ram V that was inspired by Hell Blazer but set in the Indian mythological context. The reason why it was successful was because it resonated with the adult Indian audience and was also a social and political commentary on the caste system, female infanticide and more.

Taking us through his experience in the UK with his creative writing course and how he measures success, Ram shared that his idea of success has evolved over the years since he started. He elaborated, “I don’t think anyone can teach someone to write, as there is a measure of innate talent involved and an affinity to be curious about things, an affinity for storytelling that matters. I’ve moved to the UK to study creative writing at the UPenn and the course inculcated the discipline required to be a successful professional writer. As long as I’m doing something I love, I get to write the next book, and I earn a living comfortably while doing what I’m passionate about, I think that’s success for me.”

He also urged budding artists and comic book writers to “read a lot, as you can’t engineer a story.” He added that reading Neil Gaiman, Lord of the Rings, Tolkein, Mandrake, Phantom and Paul Oster were hugely influential on him and his craft. “When you read more, read good stuff only then you can tell complex, nuanced stories that make a difference. I always wanted to write about the real society, even when I was telling fantastical stories. And so I think Black Mumba is evolved out of that as it is much more grounded. It doesn’t involve any kind of magic. It’s a police detective set in Mumbai and crime War Stories except this new real crime is just existential. The reason again is because I had grown up as both a reader and a writer after having been part of the University course at that time,” he said.

Ram also focused on how the understanding of one’s craft is extremely crucial to be successful in any industry – domestic or international. Understanding of structure and pacing in comics is also another point he added to be quite crucial, as the story is being read and viewed together in comics that’s very unique to this medium of art. He also noted that it is important to stick to schedules because Comics, unlike a lot of other writing, involves four other people working parallelly – an artist, a colourist, a letterer and an editor, all of whose jobs depend on you getting your stuff done on time. So being punctual and being professional is a massive step up from being an amateur to a professional according to him. 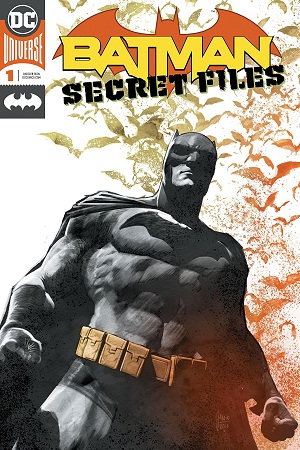 Ram who’s the first Indian to write an original Batman special and Catwoman for DC Comics also pointed that one must definitely work on commissioned famous IPs but not discard or neglect the creation of original stories or IPs. “When you’re commissioned to write something there is an expectation that you understand what makes that property or that character work in the first place. If you’re writing a Star Wars story, one will have to understand why people enjoy Star Wars. But you can’t in my opinion, shouldn’t become a fan of what you’re writing because then you are always going to be writing within the things that you have already enjoyed. So you have to detach and strike a balance. And create your own stories that people will read not for the sake of the brand popularity but the quality of the story and craft. And good stories always work regardless of where and how you’re telling them,” he mentioned.

Through the conversation, Ram also identified loopholes in the Indian comics industry that makes it lag behind the global market. “I have a tremendous fondness for the Indian comics industry. I don’t think the world has discovered the breadth and depth of Indian stories yet. And we have a massive readership. But there’s a lack of professional structures. Lack of understanding about how copyrights work, how intellectual property rights work, how do we make sure artists and writers are capable of earning a sustainable livelihood working in Indian Comics? Because you can make all the comics in the world but if readers don’t buy and read it, and creators cannot earn a livelihood from doing that work that industry is never going to be successful because nobody is going to want to stay in that industry. So we have to find a way to develop professional structures where creators of these books are taken care of and have sustainable livelihoods there.

The industry should stop talking about Comics as a mass-produced consumer item but as works of art. Nut things are changing and there’s a lot of interesting industry conventions happening right now from the Indian Comic Cons which is one of the biggest conventions in the world. But we have to start asking questions – What can we do for these conventions apart from being places of entertainment? How is it contributing to the industry? In abroad such conventions become places for networking that’s missing in India. Even a professional organised distribution and Retail system for Comics is absent. We tend to produce comics in a monthly format like the US but it works for them because they have close to 8,000 9,000 stores, whereas in India, you don’t have that so sustaining an industry when you don’t have an outlet that is capable of selling in that format is very difficult. So I think publishers and the industry in general needs to get together about their retail model for consumers,” he concluded.