Cartoon Network’s regional licensing groups – with representation throughout North America, Latin America and Asia Pacific (Cartoon Network Enterprises), as well as Europe, Middle East and Africa (Turner CN Enterprises) – has announced a series of recent successes and upcoming initiatives that will further establish Adventure Time as a top-grossing franchise. The announcement was made at the start of the annual global Licensing International Expo 2014 industry event in Las Vegas.

Driven by a top-rated comedy series from creator Pendleton Ward and produced by Cartoon Network Studios in the United States, Adventure Time has proven itself as a brand that resonates with fans of all ages throughout the world.

From the Philippines to Australia, Taiwan to Thailand, the franchise has got the region buzzing. In Taiwan, Adventure Time is the number one show on cable in its timeslot for kids 4-14 and, in May, a first-of-a-kind exhibition called Adventure Time – Finn and Jake opened at the National Taiwan Science Education Center. It will move from Taipei to Taichung and Kaohsiung in 2015, and possibly further afield in Southeast Asia. Finn and Jake are also currently on prominent display on Taiwan’s Cartoon Express, a high-speed train wrapped entirely in Cartoon Network branding. 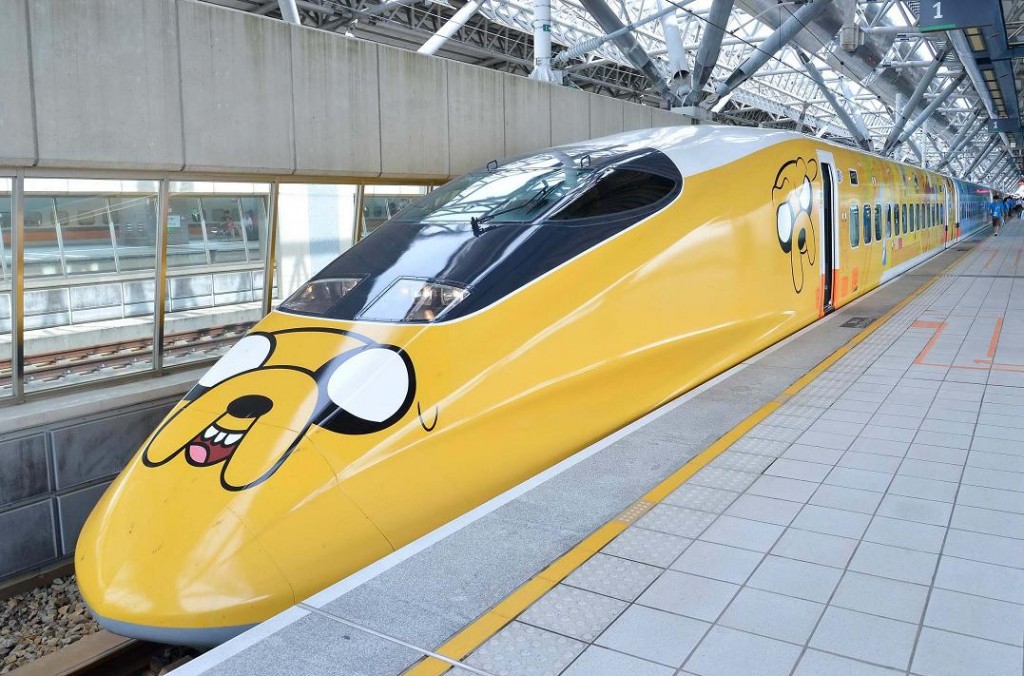 In the Philippines, on-the-ground events featuring Adventure Time go from strength to strength – breaking attendance records, attracting thousands of local fans in Manila and selling out of first runs of merchandise.

Meanwhile in Australia, Adventure Time represents the hottest tween brand for local retailers with a huge following from local boys and girls, who are snapping up all kinds of consumer products – particularly DVDs and apparel. Black Milk, a popular online retailer, has even gone all out with a high-end 40-piece fashion collection. Even more partnerships will be announced shortly.

In Thailand, Cartoon Network Amazone, the network’s first waterpark, will boast the world’s only Jake-branded waterslide and will be one of the key features of this soon-to-open attraction.

Widely-licensed and distributed throughout US and Canada, Adventure Time has become a multi-category success since its explosive debut in 2010. The brand has developed a highly-engaged, passionate fan-base comprised of males and females of all ages, and Cartoon Network Enterprises (CNE) has created a robust consumer products program to cater to those fans. Strategic collaborations and co-branded product launches have played a key role in the success of the Adventure Time licensing program in the US, and additional partnerships are on the horizon. Adding to this roster of co-branded product releases, CNE has also announced an all-new partnership with Kidrobot, a premiere creator of limited edition art toys, to create all-new Adventure Time x Kidrobot vinyl toys, available at retail beginning January 2015.

Additionally, the Adventure Time apparel and accessories program recently started its expansion into mass market retailers throughout the US, building on the core business built in the specialty and mid-tier markets. The product line includes a wide-range of apparel and back-to-school products for kids, juniors and adults from licensing partners Bioworld, Changes, FAB Starpoint, Intimo, Jem/Hybrid, Mad Dog, and MJC.

Additionally, CNE continues to develop and expand its Adventure Time publishing program with an assortment of formats including comics from BOOM! Studios, activity, novelty and storybooks from Penguin Young Readers Club, and specialty adult formats from ABRAMS. 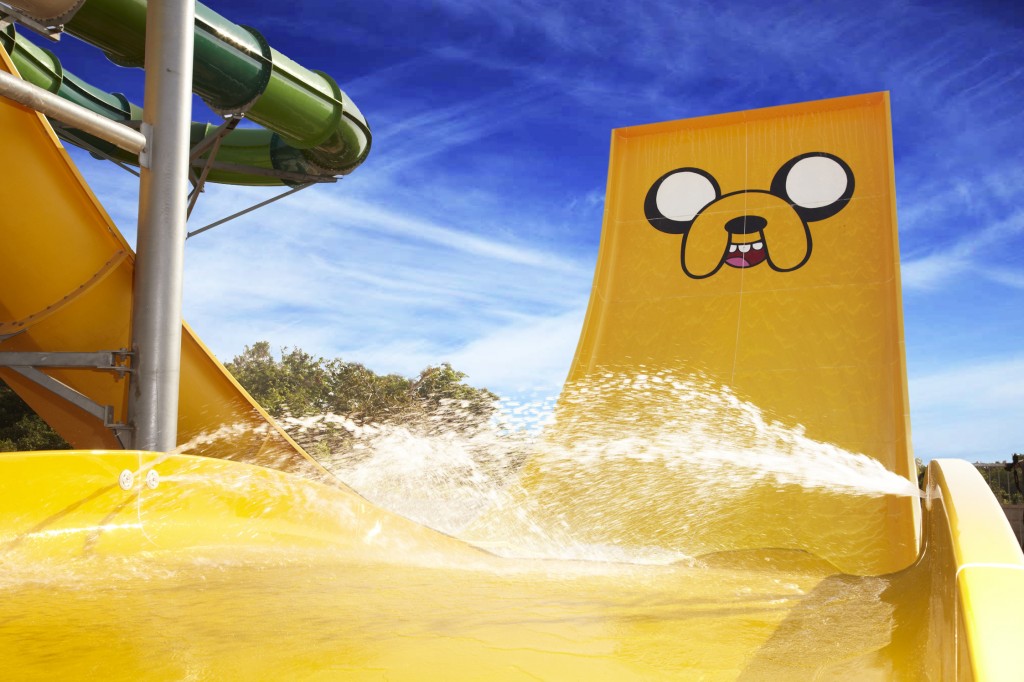 Currently in its second year across Latin America, the Adventure Time consumer products program has emerged as one of the top brands with wide retail distribution and prominent placement across many top retailers throughout the region. CNE Latin America recently launched a direct-to-retail partnership with Riachuelo, one of Brazil’s top department stores, that features a wide range of products from apparel and footwear to bags and accessories.

In Mexico, Adventure Time has been the featured brand in a series of exciting promotions with Pepsico and ConAgra that has resulted in increased exposure throughout the food and beverage industry. Finally, Adventure Time was a leading brand in retailer Carrefour Argentina’s latest back-to-school promotion in February 2014.

The continuous multi-category success of Adventure Time in the U.S. has extended across the globe and the broad appeal of the hit comedy series is now well established among fans of all ages across Europe, the Middle East and Africa.Since its launch in EMEA in 2011, the BAFTA award winning series has been a successful ratings driver, reaching 37 million viewers across EMEA (Q1 2014) and has had over 6.5 million plays on Netflix since October 2013 in the region.

More than 12 million fans engaged with Adventure Time web content last year in EMEA, with over 3 million game plays every month and over 125 million page views annually.The inspired online Character Creator game has had over 43 million page views since its launch and with the Card Wars and Ski Safari apps both hitting the #1 spot on the iTunes app store, the series has proven success across multiple platforms.

The rising popularity of Adventure Time has led to an increase in consumer products throughout EMEA.New licensees have been appointed in apparel, accessories, toys, publishing, games, homewares, stationary, gift as well as food and promotions.Adventure Time products are widely distributed across the region with a fast growing roster of retail partners such as Amazon, Toys R Us, Tesco, ASDA, Next, El Corte Inglés,Pull & Bear,HMV and FNAC and product collaborations with H&M, Monopoly, Funko, Nooka and Mimobot offering fully integrated, multi-channel campaigns.

Fans of Adventure Time will also be able to engage with its characters in an immersive world of thrilling rides and entertainment at the world’s largest indoor theme park which launches within IMG Worlds of Adventure in Dubai in 2015.