Latest News
Diablo II  turned 20, Blizzard is marking the anniversary with some retrospectives, special merch, and a free in-game item in Diablo III. In a post on the Blizzard blog, the company outlines some of the ways you can celebrate the classic loot-hunting game today. Those include an animated short (below), a detailed retrospective, and a speedrun from MrLlamaSC. The company also unveiled a new Lord of Terror bust, which goes for $140. It stands 10 inches tall and features the head and torso of Diablo. 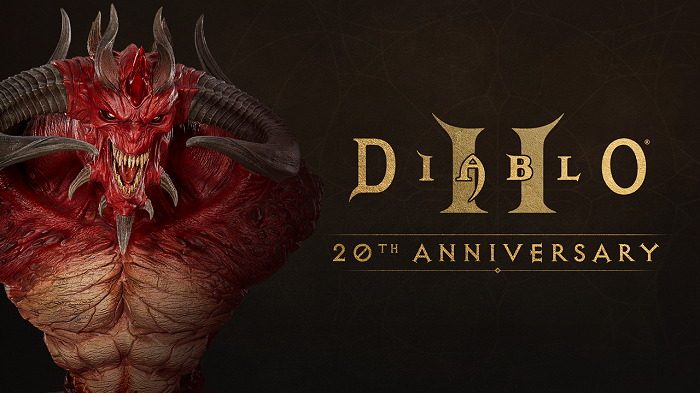 Diablo II was notable for its varied environments, characters, and its involved item and class systems. As part of Eurogamer’s 20th anniversary series of articles published in 2019, David Goldfarb, founder of The Outsiders, wrote wonderfully about Diablo II: “The game I keep coming back to most often is Diablo II. Other things pop up, but that one has a hold on me. Loot, skill trees, distinct character builds. Simple enough, deep enough, zen enough. Many, many games try to reproduce that magic. I still don’t think any have gotten close. Not Diablo III, not Borderlands, not Path of Exile. There was an economy of scale with Diablo II, with its systems and items that just felt right. Character development was very First Edition D&D, or pre-Souls, or just hard. Patches made it a bit more forgiving, but I liked that you had to sink a bunch of time into it. Mostly it was fun. Kill stuff, find cooler stuff, wear it, repeat. Would love to get lost in an HD remake again, Blizzard.” Diablo II director David Brevik took to Twitter to reminisce:

On June 29th, 2000 we released Diablo II. What an honor it is to be a part of that incredibly talented team. Never did I imagine the game would be so beloved and frequently played 20 years later. It’s truely something special. Happy 20th Anniversary Diablo II!! ??? pic.twitter.com/5yYUbEOlky

In the process, they have dreamed up some cool stuff, they are as follows: