Post the frenzy of ‘Maleficent’ Disney will be gunning to replicate the success with its next anime feature Big Hero 6, which is set to roll out in theatres this winter on 7 November.

Based on the comic book superheroes by Marvel Comics; Big Hero 6 is certainly going to grab the attention of Marvel and Disney fans alike. This also happens to be the first anime released by Disney based on a Marvel comic.

The characters of Disney and Marvel’s Big Hero 6 comprise of a 14-year-old boy – Hiro Hamada and his robot Baymax. These two have debuted in trailers and posters, and can be assumed as the main protagonists in the movie. Playing supporting cast will be Fredzilla, the daredevil Gogo Tomago, cleanliness freak Wasabi and barista-chemist Honey Lemon.

In ‘Big Hero 6,’ after Hiro loses his brother, the young inventor forms a bond with his robot Baymax. But when his latest creation, micro-bots, falls into the wrong hands, he must transform his lovable pal into a fighting machine and infiltrate the San Fransokyo underworld with the help of his companions. 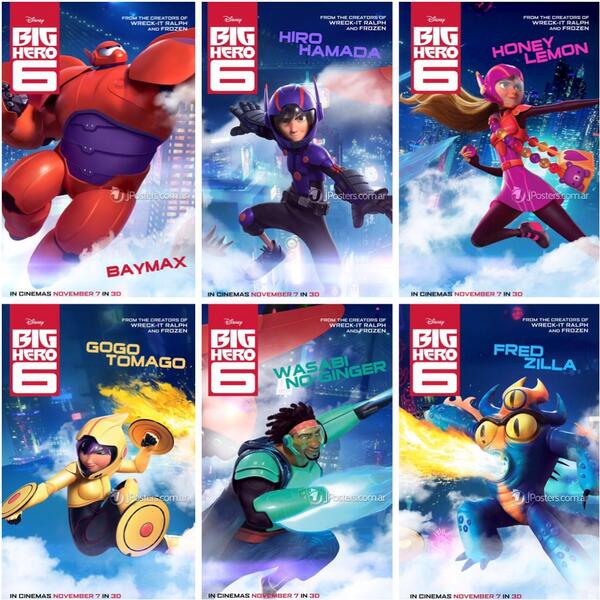 On 30 June, new posters of the movie were leaked. Although no one really knows whether the posters are official or not, it definitely adds to the buzz around the upcoming Marvel movie.