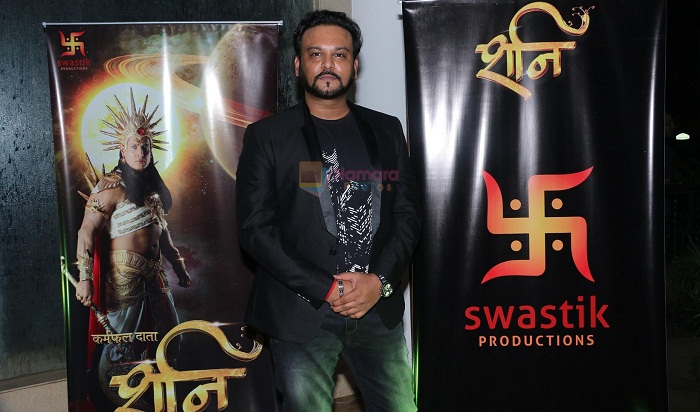 Shanidev may be considered inauspicious but the show Karmafal Daata Shani has gained favourable response from its viewers.

Whilst the story has endeared to the viewers, the visual effects in particular has drawn several plaudits. To gain some more insight into the amazing VFX of Shani, we get in cahoots with the producer Rahul Kumar Tewary from Swastik Productions who discusses the people, work and what variants of the show can the fans expect in future.

What made you think of starting a show on Shani?

As a God, Shani is the most misinterpreted one. Because when you talk of Shani, you talk about downfall, something bad etc. But as a matter of fact, Shani is not about anything bad but about justifying what you have done in this life. You have to either reap the benefits or pay the price in this life itself. So basically your karmas are justified and that’s what Shani does to you.

Which studio does the VFX for your show?

One Life studio does all the visual effects related work.

How was your thought of collaborating with them?

How has been your experience of working with them so far?

We have had a fabulous relationship with them. The senior members of their studio, the co-ordinators, everyone is just fabulous. Their visualisation is excellent, they know their job well. So we just wanted someone who understands our creative needs and One Life and its management has been able to do that.

When did your pre-production begin?

Pre-production began at least 8 months before the telecast.

What were the challenges that you encountered?

How much time does it take to complete one episode?

It takes a long time. Most of our episodes, which run for 20-22 minutes time slot, involve VFX content that requires 18-20 minutes of work. So it takes quite some time to get the desired quality of VFX.

Is it a costly project budgetwise?

It is not any other drama,it is  a different show altogether. It involves at least 18-20 VFX shots per episode. So it is an expensive show for sure. The VFX component is expensive.

What is new or unique about Shani in terms of VFX?

Shani gives a visual treat to our viewers like never before. With an upper world set up, and the way we present the Brahma-Vishnu-Mahesh, the Surya palace, Shani’s jungle, am sure the viewers have got a unique visual experience.

What is the size of your VFX team?

We have got around 85-90 people working for the VFX of the show.

Do you think there is a trend starting where in TV shows will be VFX-heavy?

I feel it all depends on the concept. If the concept requires people to be transported to a different world then VFX will definitely get involved. So it may not be a trend, but a mere requirement.

Do you plan to produce any animated version or game or comic on Shani?

We are working on it. But if we decide to do that, we will let you know.

We wish Rahul Kumar Tewary and his team of Shani in Swastik Productions  all the best for future. Stay updated with us for more stories related to this show.