The visually captivating blockbuster movie of 2015 Baahubali – The Beginning, left the audience enthralled with it’s unique storyline. The climax of the film left the audience asking for more from the characters Baahubali, Katappa and Bhallal Dev. The saga is now taking a different route for visualisation, thanks to the director of the movie, S S Rajamouli who has decided to give it a graphic novel treatment.

With this development, it seems like Rajamouli and Arka Mediaworks, co founder and CEO, Shobu Yarlagadda prefers everything to be ‘nothing but the best’ as one of the leading graphic novel and comic creators company, Graphic India, has been roped in to turn this epic into a distinct kind of graphic novel.

Graphic India is known for its unique art work and recently tied up with Indian cricketer, Rohit Sharma, for a comic book series. Apart from that it has successfully delivered projects for Comics Uniting Nations, an initiative by UNICEF to raise awareness about global goals for sustainable development through the art of comics. Stan Lee, the demi god of comic industry was the creator for Graphic India’s Chakra The Invincible and now with Baahubali on board, Graphic India is paving its way to deliver comics not just for American audiences but also for India. 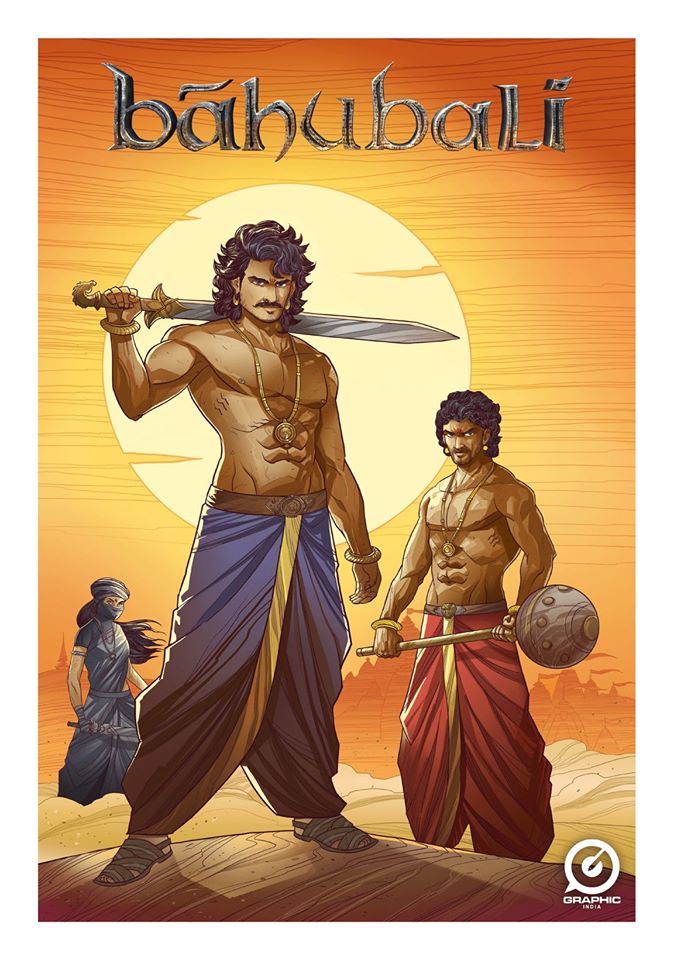 As Graphic India also produces some great animation content like Devi and 18 Days that’s seen on it’s YouTube channel, animated series of Baahubali is also in talks and is tentatively named as Baahubali: the Lost Legends. We have recently seen the animated web series, The Blazing Bajirao for the Bollywood blockbuster movie Bajirao Mastani and with Baahubali also getting the same kind of treatment, it would be great to see how it works owing to the immense popularity it already has.

Baahubali – The Beginning has been critically acclaimed across the globe with 88 per cent ratings on Rotten Tomatoes and 8.6 on 10 on IMDb and has been praised for its storytelling and the massiveness of the whole set up. The movie shook the Indian cinema and managed to set a high benchmark for the Indian film industry all over the globe. With three masterminds, Graphic India’s co founder Sharad Devarajan, Baahubali’s director SS Rajamouli and producer Shobu Yarlagadda coming together for this graphic novel, we can expect it to be as phenomenal as the movie. From the first look of the comic, we can see Baahubali standing tall with Bhallal Dev and masked Avanthika behind the hero. The art work looks rustic and as observed in the movie, here too weapons are being distinctly highlighted. We can safely presume that the comic will also showcase some action packed scenes wherein we will get to witness Prince Baahubali exploring different kingdoms, fighting strange and deadly warriors, saving villages from tyrannical warlords, and rescuing the innocent from certain death. But the million dollar question ‘Katappa ne Baahubali ko kyu maara?’ (Why did Katappa kill Baahubali) is still not known. Stay tuned for more details.