To mark the launch of Fire TV Stick in India, Amazon Prime Video today announced the launch of Baahubali: The Lost Legends exclusively for its Prime members. Created by S.S. Rajamouli, Graphic India and Arka Mediaworks, the series launched just days ahead of the theatrical release of Baahubali 2: The Conclusion. Audiences can now watch the premiere of the first episode with remaining episodes following up in a few weeks. 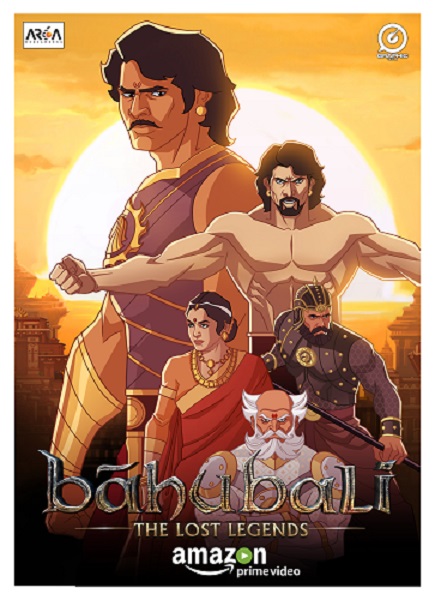 “Our association with a visionary like S.S. Rajamouli is what will differentiate our content in India for discerning audiences. We are sure this Amazon Exclusive Baahubali: The Lost Legends will be a special animated series that is sure to capture one’s imagination. The timing is perfect as we announce the launch of Fire TV Stick with Voice Remote; the best way to watch Prime Video,” said Amazon Prime Video India, director and country head, Nitesh Kripalani. “Our aim is to solve the problems our customers face and with Fire TV Stick, customers can watch our latest and exclusive movies and TV shows from the comfort of their living rooms.”

Baahubali: The Lost Legends is set before the Kalakeya invasion depicted in the 600-crore blockbuster movie.  The series will take the viewer back in time as a prequel to the movie narrative; with a focus on the young lives of Baahubali and Bhallaladeva. The narrative revolves around the two brothers competing to rule the greatest kingdom of its age, and the epic adventures they must endure to prove they are worthy of the crown. The animated series will feature new, never before revealed stories about the characters from the film including dozens of new characters that will expand the world of Baahubali and reveal hidden secrets.

Filmmaker S. S. Rajamouli said, “What we managed to showcase in the films was just the tip of the iceberg. From the minute I started working on this story, I knew the world of Baahubali can’t be encompassed into a film or two, simply because there’s so much more to tell and animation is another way to do that.  We are happy to be collaborating with Graphic India and Amazon to bring the Lost Legends to audiences through Amazon Prime Video.”

Starting today, customers can also watch the DC Comics superhero film Suicide Squad. To add to Prime Video’s extremely popular Comedy Specials, customers can from today enjoy Kenny Sebastian, one of India’s top comedians with over 57 million views on his YouTube page, and over half-a-million followers on Twitter.

Fire TV Stick is a powerful streaming media device that plugs into an HDTV and provides access to thousands of streaming movies, TV shows, apps and games. For a limited time, Prime members who purchase a Fire TV Stick receive 499 credits back to their Amazon Pay balance. Customers enjoying a 30-day Prime free trial receive the credits when they purchase an annual membership.