Method Studios has recently acquired Atomic Fiction to synergise strong assets of both the studios which will help to offer VFX solutions under a single roof.

Method Studios which is under Deluxe Entertainment Services Group, is well known for its production and post-production works namely Deadpool 2, Ant-man and the Wasp, Avengers: Infinity War and many more. The news of this acquisition planning was disclosed earlier in Q2.

They have further explained the reason behind the strategic acquisitio, i.e. to enable the combined entity to take over the biggest VFX sequences, full features, spread work across global studios to match talent with project requirements and to offer clients the most advantageous cost structure through incentives and low-cost production centers. 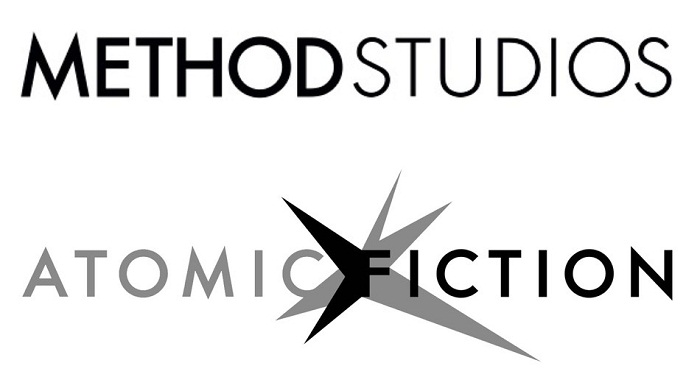 Atomic Fiction’s Montreal location will become a flagship studio for Method as part of a larger global strategy that also includes the recent substantial expansion of Method’s VFX capacity and capabilities in Pune, India. It currently houses 170 employees and only continues to grow.

Atomic Fiction has a big name in the industry with big names in its kitty like, Robert Zemeckis’ films including The Walk, Allied and Flight. They’re recently working on an upcoming film Welcome to Marwen. Apart from that, they have also provided VFX on Star Trek Beyond for Paramount Pictures, Deadpool for Fox, Ghost in the Shell for DreamWorks, Stranger Things 2 for Netflix and many more. 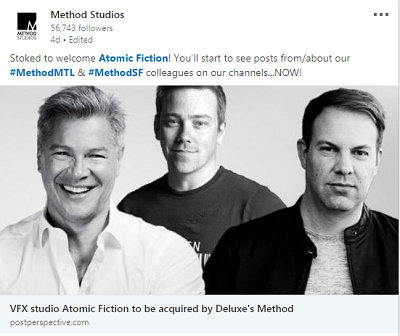 On the same strategic acquisition both Deluxe VFX and VR/AR for Method Studios, president Ed Ulbrich and Atomic Fiction co-founder Ryan Tudhope commented that together, they’ll help to achieve their goals faster. Tudhope will continue to lead the Montreal team creatively with the new title executive creative director, Method Studios. Atomic Fiction co-founder Kevin Baillie will take on the new role of creative director and senior visual effects supervisor for Method Studios, and will continue to be based out of San Francisco, and both of them reporting to Ulbrich.

It is expected that with best talents working together under a single company will lead to more quality post-production work in less time and with utmost efficiency.