Following a successful launch in the CIS countries with seven million downloads of the Kid-E-Cats: Picnic app, the new games will now roll out internationally in 16 different languages. The games are all based on stories from Kid-E-Cats and will involve mini-games that train the memory, improve logical thinking and develop motor skills in children. 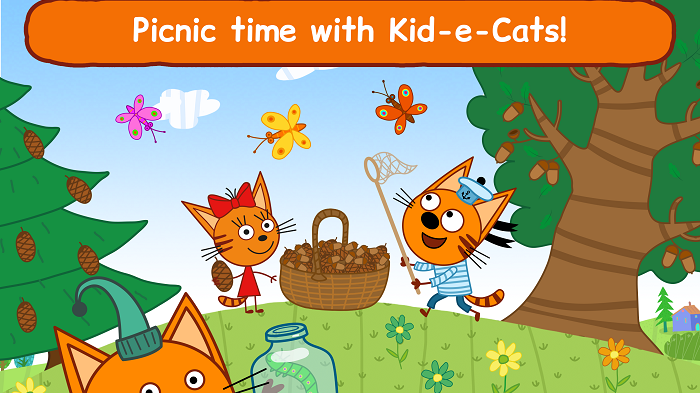 APC Kids managing director Lionel Marty said: “We’re delighted that kids worldwide will now be able to enjoy Kid-E-Cats more and more as a full-scale, 360 brand. The app has already been a huge success in the CIS countries and we are now working with DEVGAME to roll out the educational, fun and playful games internationally. APC Kids will also be partnering with other developers to expand the property’s global mobile game offering this year.”

Kid-E-Cats tells the story of three kittens: Cookie, Pudding and their kid sister Candy who are forever ready to jump into action with endless enthusiasm and energy. Their imagination also knows no bounds, and these kitties are capable of the most absurdly funny problem-solving suggestions. Through life’s little lessons, they learn to look before they leap – well sometimes!

The series is based on an original Russian series produced by CTC Media and Studio Metrafilms and is the second-best performing pre-school series in Russia. The third season is currently in production following a commission from CTC last year and series one and two are currently available on Nick Jr internationally in over 170 territories following a deal signed between APC Kids and Nickelodeon International last year.

Kid-E-Cats Picnic is available for users on Google Play and App Store.