It’s not often that Indian audiences wait for a release of a superhero film, having an Indian origin… but Ra.One and Robot changed that perception. Now we have Anurag Kashyap, bringing a famous comic character ‘Doga’ to life in a live action flick. 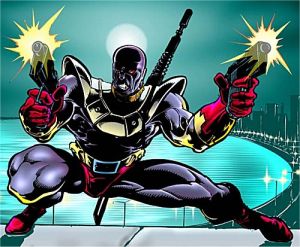 The film maker is currently working on his dream project with Ranbir Kapoor in the lead, Bombay Velvet. But there is confirmation of him commencing shoot for ‘Doga’ sometime next year.

Madhu Mantena of Phantom Films, who has come as a messiah for Kashyap and will wholly back the project as a producer.

“We are happy to back Anurag’s vision of ‘Doga’ for the film. We have acquired the rights of the book, and in all possibilities it would go on floors sometime next year,” Mantena said in a statement.

Mantena plans to work closely with Manish and Sanjay Gupta of Raj Comics to explore various others possibilities of taking the comic book character beyond films.

Kashyap said he was happy to see his Mumbai-based comic hero take shape.

“I am obviously quite happy that Doga is now finally taking shape. It’s something which has kept me excited over the years, and it feels great to know that Madhu is working out details to make it reach as wide as possible,” he said.

Doga, a fictional vigilante, first appeared in Raj Comics in 1992. Kunal Kapoor last seen in ‘Luv Shuv Tey Chicken Khurana’ and ‘Don 2’ will be reprising the role of the superhero.

As someone who suffered great injustice in his childhood, an orphan named Suraj fights against evil. He gets the name Doga for hiding his identity behind a dog mask. Doga does not believe in law and order as he considers it a part of the corrupt system.