Acer Predator Gaming League 2020 is back for its third edition with a PUBG tournament. The India finale will take place on 7 December  at Phoenix Market City, Bengaluru.The esports tournament Acer Predator League 2020 attracting millions of audiences and thousands of gamers playing for hundreds of hours to decide the ultimate PUGB champions of India.

Over 2245 players and 449 teams registered for online and offline qualifiers between 23 to 30 November,  16 finalists from across India which includes Teg Esports, Indian Rivals, Global esports, 4 Random, Tantrum Esports, 4F, Level Zero Esports, District 9, XGods, Crusaders, 4pixels, Weekend Warriors, Navi M4, AwM, KingsMen, OneAboveAl will be competing against each other at the mammoth gaming event finale at Phoenix Market City, Bengaluru and will be competing for a piece of the Rs 15,00,000 total prize pool. 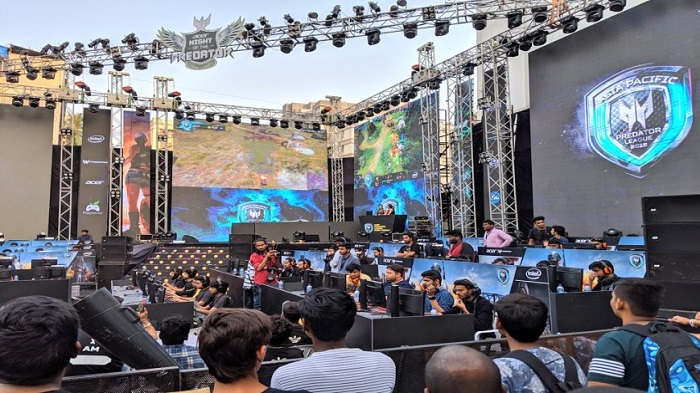 Winning team will also get a chance to represent India at the Grand Finale, which will be held in Manila, Philippines in February 2020. The last two Predator Gaming Leagues held in 2017 and 2018 witnessed huge participation from across the country.

Commenting on this, Acer India CMO and Consumer Business Head Chandrahas Panigrahi says, “With the 3rd edition of Acer Predator League 2020, we aim to provide an international stage for budding Indian e-sports Players. In our last two India Finales, we had received a wonderful response from the gaming community especially in the PUBG category, hence we have decided to focus on PUBG players to compete and win a chance to represent India in the Grand Finale to be held in Manila, Philippines. India is emerging as a leader in e-sports gaming and stands at a global number 17 in the soon-to-be USD 1.5 bn Esports industry. Acer is trying to break the barriers of e-sports for over the last three years, and we’re steadfast in taking Indian e-sports talent and provide them a platform to shine on the global stage. Our Predator line-up at present is the best line-up for gaming products, and an event like this will not only provide a bigger and better platform for gamers to explore but have the best of gaming experience with players across the Asia Pacific region”.

Esports as a rising industry in India has gained the support of big names in online gaming and Acer’s Predator gaming line has earned countless industry awards and accolades for giving a competitive edge to gamers.