Who needs friends if they have siblings? Siblings are our partners in crime; they hide secrets from parents and help each other through rough phases in one’s life. Having a sibling is a boon in disguise. They share a complex relationship with one another, they are one another’s protectors, tormentors, playmates, counsellors, sources of envy, objects of pride; siblings are basically our backbone and lifeline. Sisters get to know boys mentality by studying their brother and the brother solves the mystery behind a girl’s mind by observing his sister.

To celebrate the love and duty between brothers and sisters, we in India celebrate ‘Raksha Bandhan’ wherein sisters tie a rakhi (sacred thread) on her brother’s wrist, which symbolizes the sister’s love and prayers for her brother’s well-being, and the brother’s lifelong vow to protect her.

This Raksha Bandhan, we at AnimationXpress.com list down some of the most cherished brother-sister duo from the world of animation. 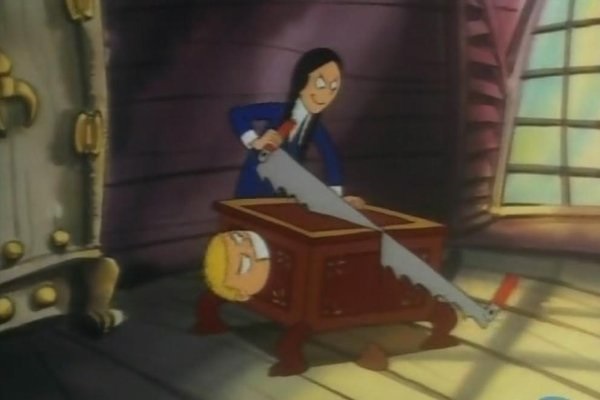 ‘They’re creepy and they’re kooky, mysterious and spooky, they’re all together ooky, the Addams Family’. This theme song by Vic Mizzy immediately rings a bell and makes one relate it with The Addams Family show where the family was seen to have a macabre nature. This animated cartoon series which was based on a comic strip of the same name was produced by Hanna-Barbera.

The characters Wednesday and Pugsley are siblings, with Pugsley being the elder son, who’s overweight and is slightly dimwitted and Wednesday is the younger intelligent daughter of Gomez and Morticia. One can immediately connect with them as both of them love torturing and terrorizing each other and are always seen hatching plans on how they can do something destructive. Even though they are plotting deviously when it comes to fighting with one another, they both share a close bond with one another. 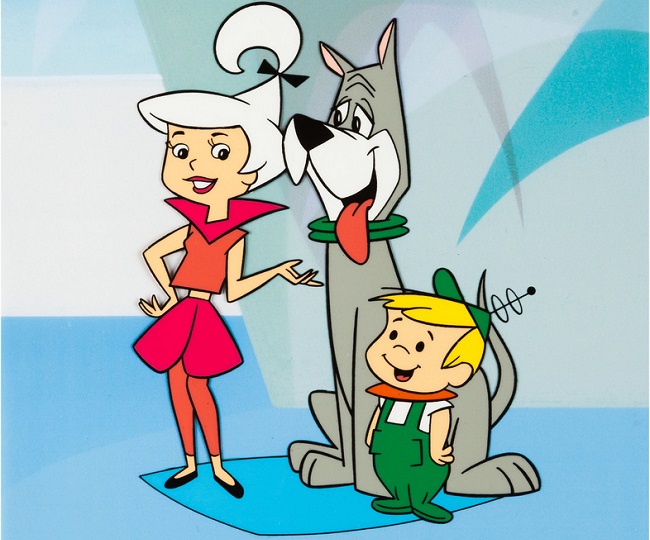 The Jetsons was a prime-time animated sitcom that was produced by Hanna-Barbera for Screen Gems (and later Worldvision Enterprises). The Jetsons lived in a futuristic utopia in the year 2062 of elaborate robotic contraptions, aliens, holograms and whimsical inventions.

In the Jetson family we got to see the siblings, Judy and Elroy. Judy is a 16 year old daughter of George and Jane Jetson and lives a normal teenage life in the futuristic world whereas Elroy is a 6 year old highly intelligent and an expert in all space sciences. Judy is seen encouraging her brother with his inventions but only if she needs any favour from him. 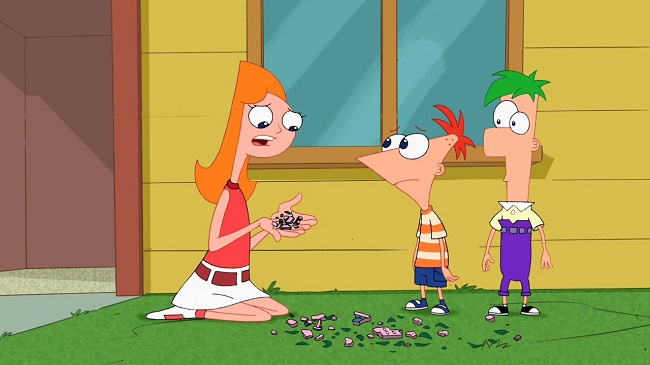 The two super smart boys; Phineas and Ferb are always seen spending their vacations in coming up with some really cool inventions or rides. Even though they build up their project in their backyard, none of their parents know about all these things that they do which annoys their bratty sister Candace.

Candace is always on the run to reveal her brothers shenanigans to her mother Judy but fails to succeed. Phineas and Ferb are unaware of the fact that Candace wants to bust them and they live in their world; this annoys Candace as every time she plans to trouble them, the plan backfires at her. There are many reasons why she wants to bust them but we would like to accept the reason which was shown in ‘Phineas and Ferb the Movie: Across the 2nd Dimension’ that she wants to stop them so that she can protect them from themselves. 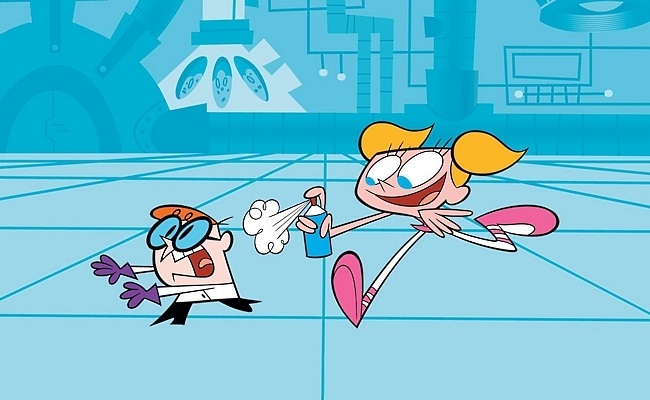 Every sibling across the globe who has watched Dexter might have related themselves with the characters of Dexter and Dee Dee.

Dexter, a boy-genius with a secret laboratory fills his marvelous inventions there but he is constantly in battle against his sister Dee Dee, who always manages to gain access to his secret lab, despite his best efforts to keep her out. In spite of Dexter’s advanced technology, Dee Dee eludes all manner of security and once inside her brother’s laboratory she plays with his cool gadgets which lead to destruction of his inventions. The dim-witted Dee Dee sometimes is seen giving Dexter some advice and Dexter though annoyed by his intrusive sibling, feels a reluctant affection for her and will come to her defence if she is at risk. 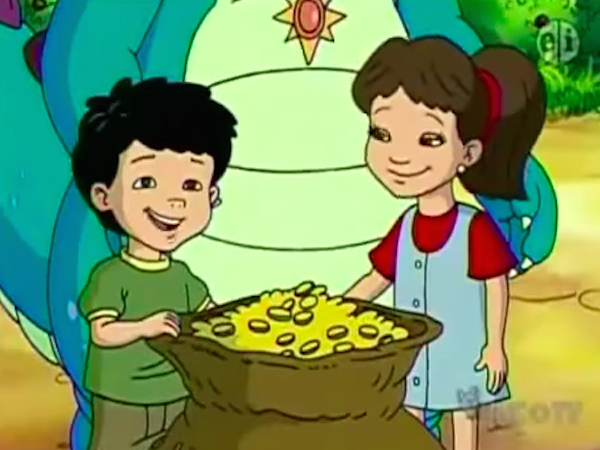 Dragon Tales was a fictional cartoon where we saw two siblings: Emmy and Max enter the magical land of dragons by chanting a poem and go on an adventure with their dragon friends.

Emmy is the elder sister of Max and is brave, smart and natural leader but at the same time she is too impulsive whereas Max is courageous, funny and goofy but is prone to anger. Most of the times they get along fine as they just have a 2 years age difference but occasionally they can be seen having arguments. Max sometimes struggles being the younger sibling as he isn’t able to do few things that Emmy can do whereas Emmy too feels a little jealous of her adventurous brother. 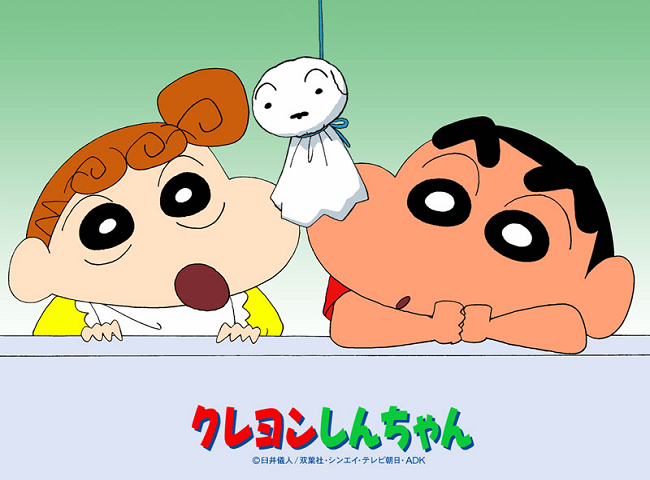 Shinchan who is one of the most popular characters of the Japanese manga series is occasionally seen having weird, unnatural and inappropriate use of language and is famously known for his mischievous behaviour.

This notorious yet adorable toddler whose pranks were too mature for his age soon was joined by his younger sister Himawari. The trouble maker soon became the victim of his younger sister’s tantrums and stubbornness. As she is young, she outruns Shinchan by her extremely fast crawling. The younger siblings love Himawari as they learn tricks on how to annoy their elder sibling. 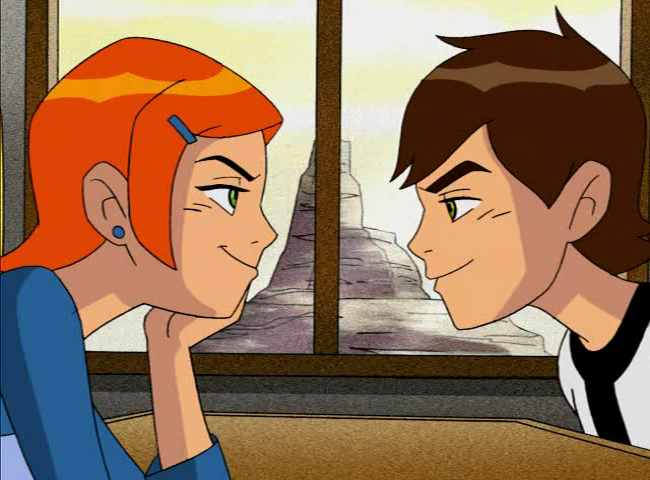 Ben 10 which is an animated series that has a 10-year-old boy named Ben Tennyson who gets a watch-like alien device called the “Omnitrix” that allows him to transform into various alien creatures. He uses this watch to fight the evil forces in and outside Earth.

Ben has a cousin sister named Gwen who is a kind and intelligent girl. Unlike Ben who is immature and clumsy, Gwen is seen as the mature one amongst the two. Both Gwen and Ben are constantly seen arguing with one another. However in the end no matter what happens, they deeply care and protect each other.

Rugrats, which was an animated television series aired on Nickelodeon focused on a group of toddlers and their day-to-day lives usually involving common life experiences that become adventures in the babies’ imaginations. In the show we can see twin toddlers named Phil and Lil.

Phil is the boy and Lil is the twin sister who enjoy doing everything together; from playing in the mud to finding insects. Both of them are often confused because they have similar appearances and wear same kind of clothing (green with a duck on it). One can differentiate between them if observed carefully as Phil sports a shirt over his short and Lil wears a dress over her diaper and has a bow in her hair. But when they are angry or upset with one another they call each other by their full first name (Phillip and Lillian). Twin siblings can easily relate with them as even they share the same problems in their daily life. 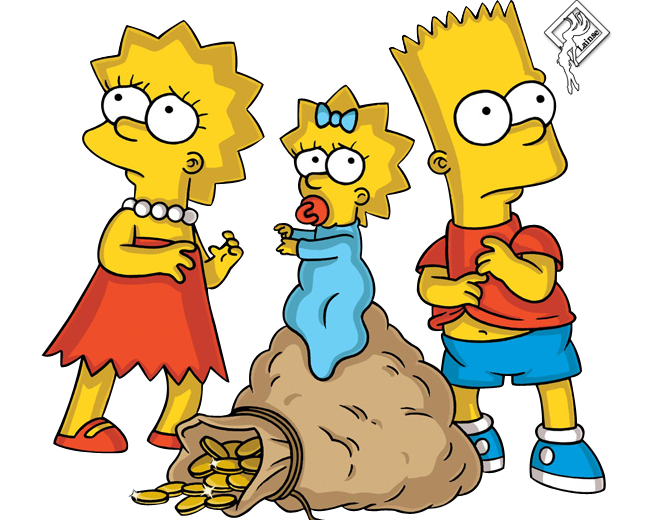 The Simpsons is an animated sitcom that depicts a satirical take on the lifestyle of a middle class American and is represented by this family. The show is set in the fictional town of Springfield and parodies American culture, society, television, and many aspects of the human condition.

Here we get to see Bart, Lisa and Maggie as siblings where Bart is the eldest son of Homer and Marge followed by Lisa as the bright young daughter and Maggie as the youngest child. All three of them share a good relationship with one another. Initially when Lisa was born, Bart was jealous of the attention she received but he soon got over it when he discovered that “Bart” was her first word. Despite their many fights and predicaments, Bart and Lisa accept each other. Bart occasionally babysits Maggie and both Lisa and Bart love her and are very protective when it comes to her. 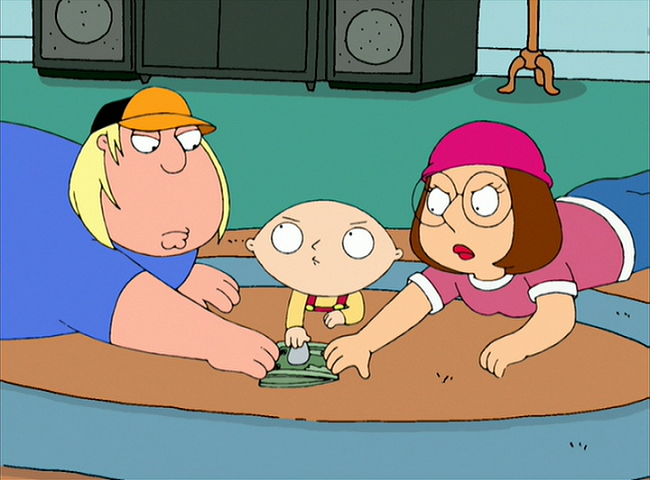 Family Guy is yet another animated sitcom that is based on the Griffins family that consists of parents Peter and Lois; their children Meg, Chris and Stewie and their pet dog Brian. The show exhibits much of its humour in the form of cutaway gags that often lampoon American culture.

Meg who is the eldest daughter is often treated as an object of abuse and an outcast whereas Chris the middle son is characterised as the stereotypical dumb child but is loved by his family. As for Stewie, he is just a one year old child genius and is mostly seen with his dog Brian as only the dog can understand him. Chris is the only human in the family who can understand Stewie to some extent.

So in totality sibling relationships are more like the characters of Tom and Jerry, where they will tease each other, irritate, knock themselves down but at the end they just can’t live without one another. It’s said that siblings are your only enemy that you can’t live without so go out there and let them know how much you care about them and watch these animated cartoons to relive and enjoy the notorious days.