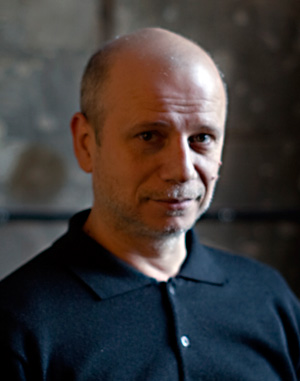 One of the official nominations for Academy Awards this year in the Animated Feature Film category, ‘Chico & Rita’ is a passionate love story between a young jazz pianist called Chico and Rita, a singer with a bewitching voice. Released in 2010 and directed by Javier Mariscal, Fernando Trueba & Tono Errando, the film has been screened at many festivals and has drawn rave views for its great animation, music and graphic visual style. Director Tono Errando shares the making of this visually stunning film with AnimationXpress.com’s Chaitra Shetty. Excerpts… Tell us a little about yourself and how did Chico & Rita happen? After a long stint as director of adverts and music videos, I’ve been leading the Audio-visual output in Estudio Mariscal since 1998 when I came to direct “Twipsy” TV series. We were thinking of making a feature film and one day Fernando Trueba came to show the Estudio to Bebo Valdes. When he watched “La negra Tomasa” a music video I did for Compay Segundo (the oldest guy from Buenavista Social Club) he loved the animation we did about Havana. He got very excited and told us about making a feature film together about Cuban music, a passion we share.

How did you develop graphic animation style and look that you adopted in Chico & Rita? Where was the animation of the film done? We spent a long time trying to achieve the right style for the story. Finally we came up with a very clean graphic style, with thick lines, inspired by the European comic tradition. In Chico & Rita the strokes are always very sensual, with nice curves. It’s a big challenge for the artists who are not used to the marker. A difficult tool to use, you have to draw with a lot of self-confidence, but once you get into it the result is very powerful.

We had a leading team of animators here in Barcelona in the Estudio, and we worked with small animation studios in Brazil, Hungary, Madrid and Latvia. Very good artists that did a great job adapting themselves to the peculiar style of Chico & Rita and the quality of movement we developed for the film. No stretch, squash, or anticipation. A different way from what they were used to. They did a great job. Tell us how you went about creating the 1940’s look of Havana, New York & Las Vegas. Havana and New York are two characters of the film. Havana is warm with a very rich color palette on the opposite New York is very vertical and almost monochromatic. Both cities are good icons of the Latin and the Anglosaxon way of life. Havana is a real gem, unfortunately much unknown, so it’s difficult to find information. We did a lot of research and took thousands of photos of the city, but we found a treasure that has been our guide since then. We discovered that the city government of the time had assembled an archive of photographs to help with the street repairs. That gave us a very precise info of every single corner of the city, the bars, the people, the costumes, the adverts, etc. When we showed the film in Havana, the Cubans were crying. Old people could recognize their city the way it was when they were children. New York and Las Vegas are places so known and there is so much info published or filmed of all times that it was much easier to recreate them. 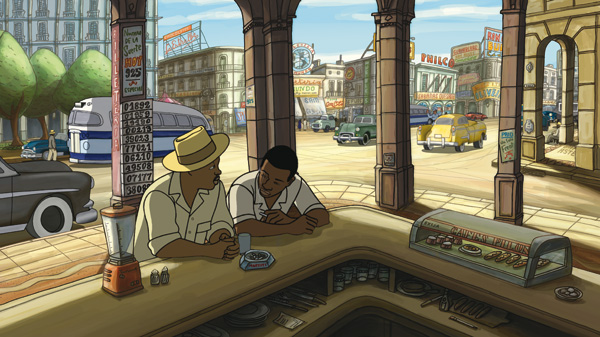 How was it working with fellow directors Javier Mariscal & Fernando Trueba? Did you ever have creative differences? When we started the project I was pretty scared about having two big egos together. Fernando and Javier are big authors, both of them very famous and with long successful careers. You can expect a nightmare if two big egos collide. But all my fears went out soon. It has been a pleasure to work with them. From the very beginning the only thing that mattered was the story. And it was very exciting to share such a long journey with two masters like them. We had different points of view sometimes but that always helped to enrich the project. It has been a great experience and we had a lot of fun, so much that sometimes I was thinking, and I’m getting paid for doing this! Since music is an intrinsic part of the film’s story, what was the brief followed while composing the tunes for the film. The music was present from the very beginning, it was in the writing. Fernando knows everything about Latin jazz and he has done an incredible job producing the music of the film. We had Bebo Valdes who is one of the most relevant composer and piano player from Cuba. He’s 93 years old and in the 40’s his arrangements were revolutionary at that time. He was a gift for the film, a great inspiration and his music has given to the film an extraordinary level of excellence. We have dedicated the film to him. 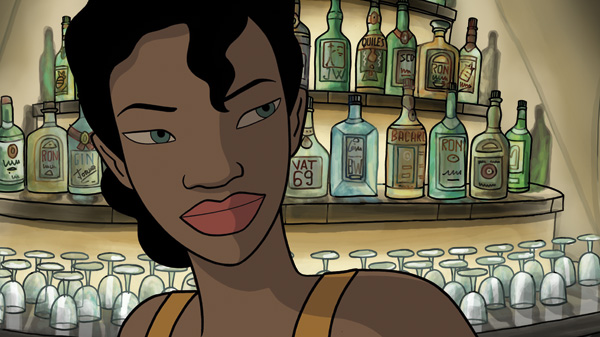 Chico & Rita has been critically acclaimed across the festival circuit internationally, but it has not been released commercially outside UK and Spain. Are you looking at releasing it worldwide? Do you see it having a worldwide appeal? We definitely did the film for a worldwide audience. It has been released in Greece and other territories. In France it will be released in July, and I hope that in the next months it will be out everywhere. What are you working currently? We never stop, we have some projects on the table but unfortunately we can’t talk yet about them.             connect@animationxpress.com