‘Rango’ is one of the most unique animation films released in recent times, so it’s ending up in the final five of this year’s Academy Award nominations in Best Animated Feature film category is not a surprise. The film marked Director Gore Verbinski’s (Pirates Of Caribbean Trilogy Fame) entry into animation and he brought with him his live action approach of filmmaking.

At Annecy International Film Festival 2011, ILM Animation Director Hal Hickel gave the audience a look into the process that Gore Verbinski and people at ILM adopted in delivering this incredibly offbeat yet mainstream entertaining feature. 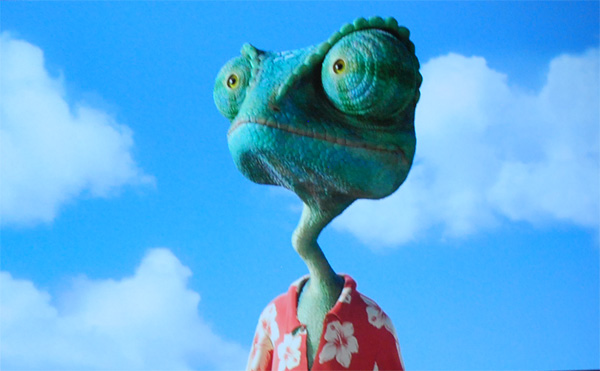 “Rango” the story of a contemporary pet chameleon who takes on the role of sheriff when he is catapulted back in time to the Wild West town of Dirt, called for the creation of a complete city of Dirt. As the name suggests the city and all the elements of the city along with the people had to be ‘dirty’. Hal says, “You look at the town and its dirty, the concept of dirtiness is not just visual, it had to have a vibe of not making anything perfect”. 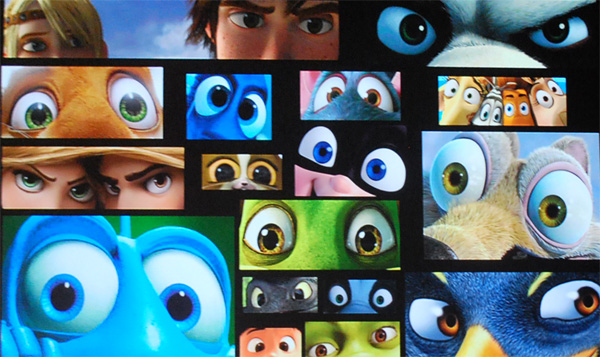 The film had more than 60 richly detailed animal and insect-like townsmen who were designed keeping the desert world in mind along with the underlying rule of being dirty. For the main character of Rango, Director Gore Verbinski did referencing for the eyes of chameleon and decided not to go with the stereotypical rounded eye character. The character of Rango has eyes which are almost completely covered with skin with a small opening as a real chameleon. “We wanted all characters to have eyes with extra depth and refraction”, adds Hal. 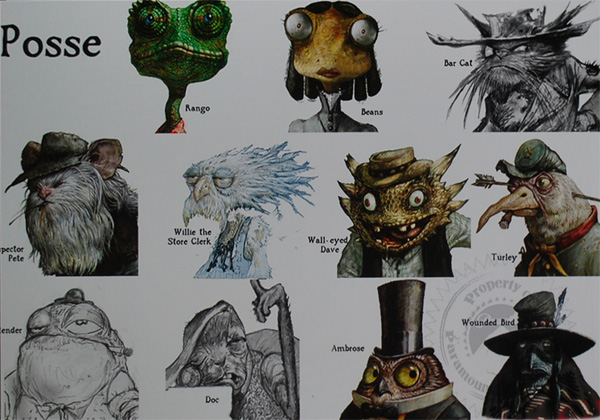 Also when it comes to the appearance of all the characters none of them are made to look cute but they have a very unique and most of times grotesque character design. Hal says, “We wanted people to be challenged at moments in the movie and recoil with some of the questionable design choices that we made with the character appearances. We were also advised by many to keep our main character list small, which we didn’t follow. Since we wanted to build a complete world for Rango, we developed a lot of characters with history and back story”. 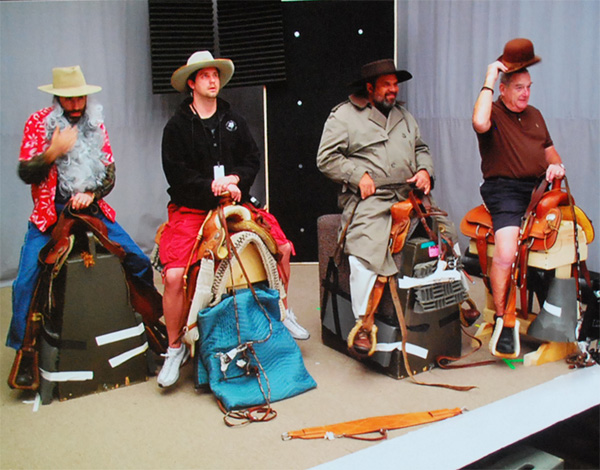 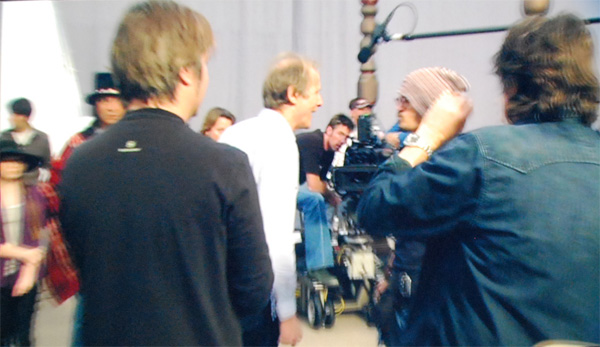 One of the very unique things about the production of Rango is that coming from a live-action background Gore made all the voice actors act their scenes out with all of them together on one set unlike the regular voice recording sessions for animation films. So the actors would actually enact the scenes with their co-actors and props required as their voices were recorded. Hal says this helped Gore in getting camera angles right and also served as a reference for the animators who used it but also shot their individual references as well. 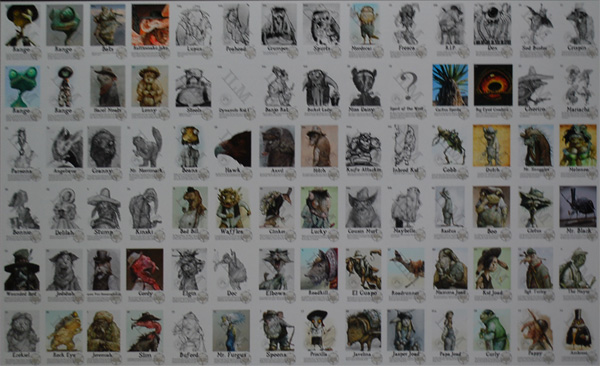 The filmmakers brought the movie’s imaginary southwest setting and desert characters to life by applying live action techniques to everything from the dialogue recording, to the lighting, costuming, and animation pipeline. Hal Hickel joined Industrial Light & Magic in 1996 as an animator for The Lost World: Jurassic Park. He was head of animation for Star Wars: Episode I – the Phantom Menace, Artificial Intelligence: A.I. by Steven Spielberg, Star Wars: Episode II – Attack of the Clones, Lawrence Kasdan’s Dreamcatcher and the Pirates of the Caribbean trilogy. His work for Pirates of the Caribbean – Dead Man’s Chest was awarded a Bafta and an Oscar for best achievement in visual effects. connect@animationxpress.com