Donning the trademark Islamic burqa as a shield, came Pakistan’s first animated TV series ‘Burka Avenger’, the story of a young school teacher whose alter ego is a burqa wearing superwoman who fights crime by the art of ‘takht kabbadi’. Created by acclaimed Pakistani singer Haroon, the series aimed at young children, attempts to portray women in a better light as well as show that a burqa is not necessarily an object of oppression.

Now, in its second season, the show is also travelling worldwide and winning awards as well. Taking out time from his busy schedule, series creator and director Haroon Rashid spoke to AnimationXpress.com’s Vishaka Chakrapani to delve a little deeper into the making of the series and future plans for expanding the brand of ‘Burka Avenger’.

How many people are working on the project? Could you distribute them into the various departments?

Are there any new highlight points in this season? Any new character additions or deletions or changes in the script?

When we launched the first edition, the characters instantly got popular and we thought that for the second season we’ll add some more. The new ones include a giant evil robot, a desi chicken, a municipal manager Baba and a robocow. 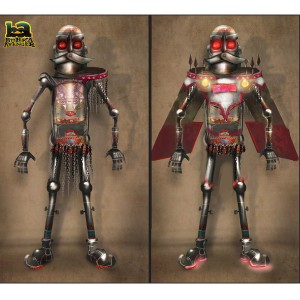 Season two has just launched on Nick Pakistan. Have you got any requests from abroad for the second season either by broadcast networks or OTT platforms?

Season one was aired on Geo Network (i.e Geo Tez and Geo Kahani). Burka Avenger was the nationwide slot leader for its Sunday time slot on Geo Kahani. Season two of the series is currently airing on Nickelodeon Pakistan, beginning from 1 February 2015. The first episode of season two (polio episode) was released as a standalone episode on World Polio Day and was broadcast on eight TV channels in Pakistan.

Burka Avenger is set to launch in India and Afghanistan this year. Both seasons of Burka Avenger will air on ZeeQ in India and is being dubbed by them in four different languages including English, Tamil, Hindi and Telugu. For Afghanistan, the episodes will be aired in Dari and Pashto on the channels Tolo TV and Lamer TV.

We are currently looking to distribute the series in other countries as well. Additionally, the TV series will be released online soon on Taazi.com (Pakistan’s first legitimate online digital content store).

Production on the TV show started in March 2012 and the first episode was completed in June 2012. The first season was completed and launched in July 2013. Since then we have greatly expanded our team and each episode is completed in approximately three weeks. 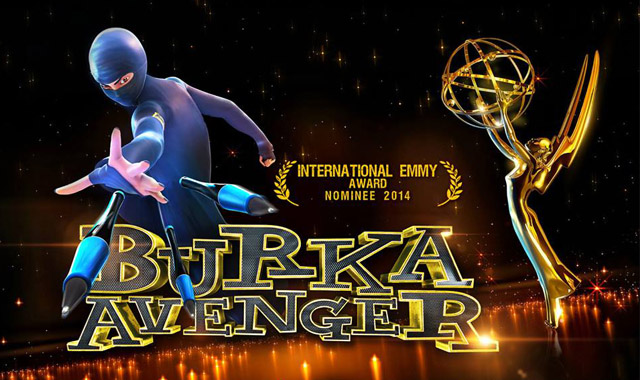 How has Pakistan responded to the female superwoman? What has been the reaction of other countries?

The Burka Avenger TV series has struck a positive chord with the Pakistani public and people all around the world. Pakistanis have been quick to adopt Burka Avenger as their very own home-grown superhero. And internationally Burka Avenger has been hailed as a strong female role model that western media must learn from. Many international newspapers have declared that Disney could learn lessons from Burka Avenger about the art of storytelling and promoting the right values in children. Time Magazine named the Burka Avenger character as one of the most influential figures of 2013.

How are you merchandising the animated series?

We are currently in the process of manufacturing a number of new products including Burka Avenger figurines, watch and torch signal, school bags, canvas bags, caps, mugs and other items. The T-shirts are available on BurkaAvenger.com. We are also in discussions with selected retail outlets within Pakistan for selling the T-shirts.

What are the future projects you are working on currently?

For now, we are busy in the creation of a new superhero story as well as finalising the script of a feature film on Burka Avenger. 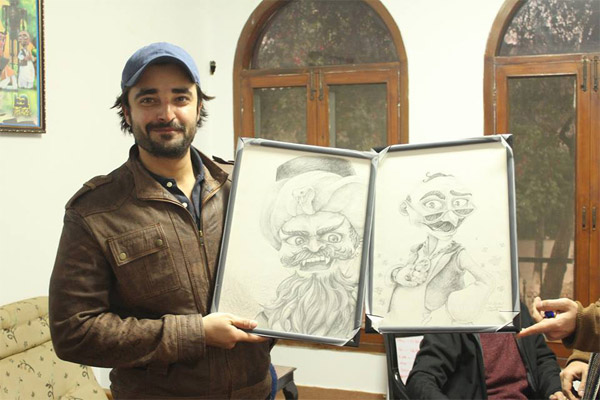 Tell us a little about the journey of your company? Apart from Burka Avenger are there other animated videos that you produce?

After I created the Burka Avenger character I realised that a full movie might be too large an undertaking as a first step. I started working on the iPhone game version in April 2011 with an artist and game programmers. It was then we decided that we wanted to give an anti-violence and pro-education message where she repels the bad guys attacking the girls’ school using pens, books and schoolbags. In September-October 2011, we created a three minute 2D animated short showing the backstory to the game. This short animated clip turned out so brilliantly and I realised that we had all the resources right here in Islamabad to make an amazing animated TV-show. Production on the TV-show started in March 2012 and the first episode was completed in June 2012.

– Quaid se Baaten: A mini TV series for kids that focuses on sending out positive social messages and educating the youth. The show revolves around a little girl as she is faced with everyday problem and how she deals with them. Each episode contains a dream sequence where the Quaid appears in the little girl’s dream and helps and guides her in facing her problems.