Many sports fans are so passionate about their favorite team or athlete that they want to get as close to them as possible. This love and appreciation are why millions of people don their team’s jersey every week while cheering them from the sidelines or behind a TV screen.

Many turn into armchair athletes or managers while they watch too, often yelling commands at the TV in the faint hope that the players will somehow hear them and enact their masterful strategy. Others channel their amateur punditry into sports betting, making wagers that are in line with their predictions. In fact, this has become such a popular activity in recent years that competition among sportsbooks has really heated up, with sites like FanDuel offering promo codes that grant free and risk-free bets to new customers.

Another way that fans like to get close to their favorite sport is through video games. These let them step into the shoes of their heroes and idols and recreate the action they’ve watched on TV.

However, not all video games are created equal. Some are just designed to be fun, sacrificing realism to make something that appeals to a broader audience. This includes games like Road Rash, a motorcycle racing game from the 90s that let players kick and punch each other off their bikes while they raced; and Blitz: The League II, an American football game that removed all the rules and actively encouraged players to pulverize their opponents on the pitch.

Some developers take a different approach though, working tirelessly to make the most realistic game possible. Of course, technical limitations can sometimes get in the way, but as more powerful hardware has been released, the gap between video game and reality has shrunk considerably.

While there are many great “simulators” on the market today, which sports games are the most realistic?

Formula 1 is the most watched motorsport series in the world, drawing people in with its mix of high-risk competition, clever technical innovations, and an exciting show that can leave you on the edge of your seat throughout a race.

In real life, the difference between success and failure in Formula 1 is wafer-thin. A small mistake by a mechanic during a pitstop that adds two seconds to the time the car is stationary or a locked wheel while braking into a corner can be enough to ruin a driver’s chances of victory. Similarly, a seemingly innocuous brush with the barrier can also end their race in the blink of an eye.

Recreating this in a video game has been difficult because it leaves no room for error and could put off casual players, but not including it can put off die-hard petrolheads who want the most realistic experience possible.

F1 2020 is a game that finds a good balance, with settings that give players a choice. It also includes realistic physics, full race weekends, and a career mode. It even incorporates the less glamorous elements of the sport, such as press interviews and the painstaking work involved in getting their car set up correctly.

The fact that F1 2020 is played by current Formula 1 drivers is testament to its accuracy in recreating many of the sport’s elements. 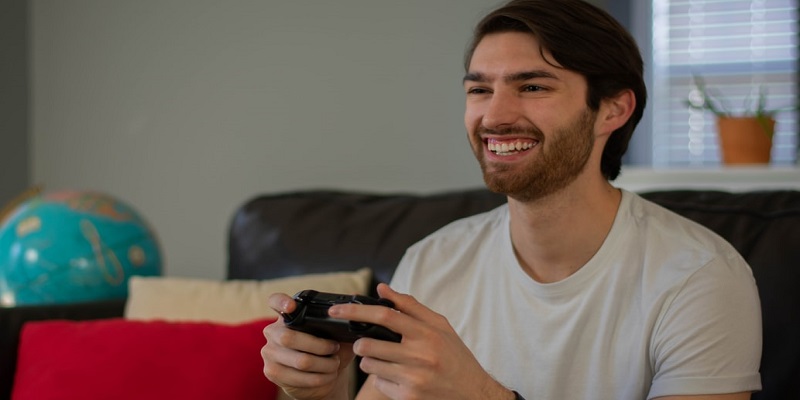 MLB The Show has been the most accurate baseball simulator on the market since 2006, and its latest release steps up the realism even further. Unlike F1 2020, where a force-feedback steering wheel creates a very realistic game, the controls in a baseball game aren’t as representative of the real-world sport.

What it lacks in this area, MLB The Show 21 makes up for in career and management modes that help to incorporate the hard work required to be a professional baseball player without it becoming too laborious.

The 21 release also lets you create your own baseball stadiums, a feature that lets you take on the role of baseball architect as well as player.

Like hockey, basketball, and other physical sports, soccer games don’t accurately recreate the physical challenge of playing the game. However, Football Manager does a great job of replicating the intellectual and strategic challenges that come with being a team’s manager.

The game has been released every year since 2005, with incremental improvements each year. The 2021 edition lets you take control of many of the world’s most famous teams, managing player transfers, choosing areas to focus on in training, and directing strategy and tactics on the pitch.

Football Manager is revered around the world by soccer fans for its realism and accuracy, with online communities full of fans that discuss strategies.