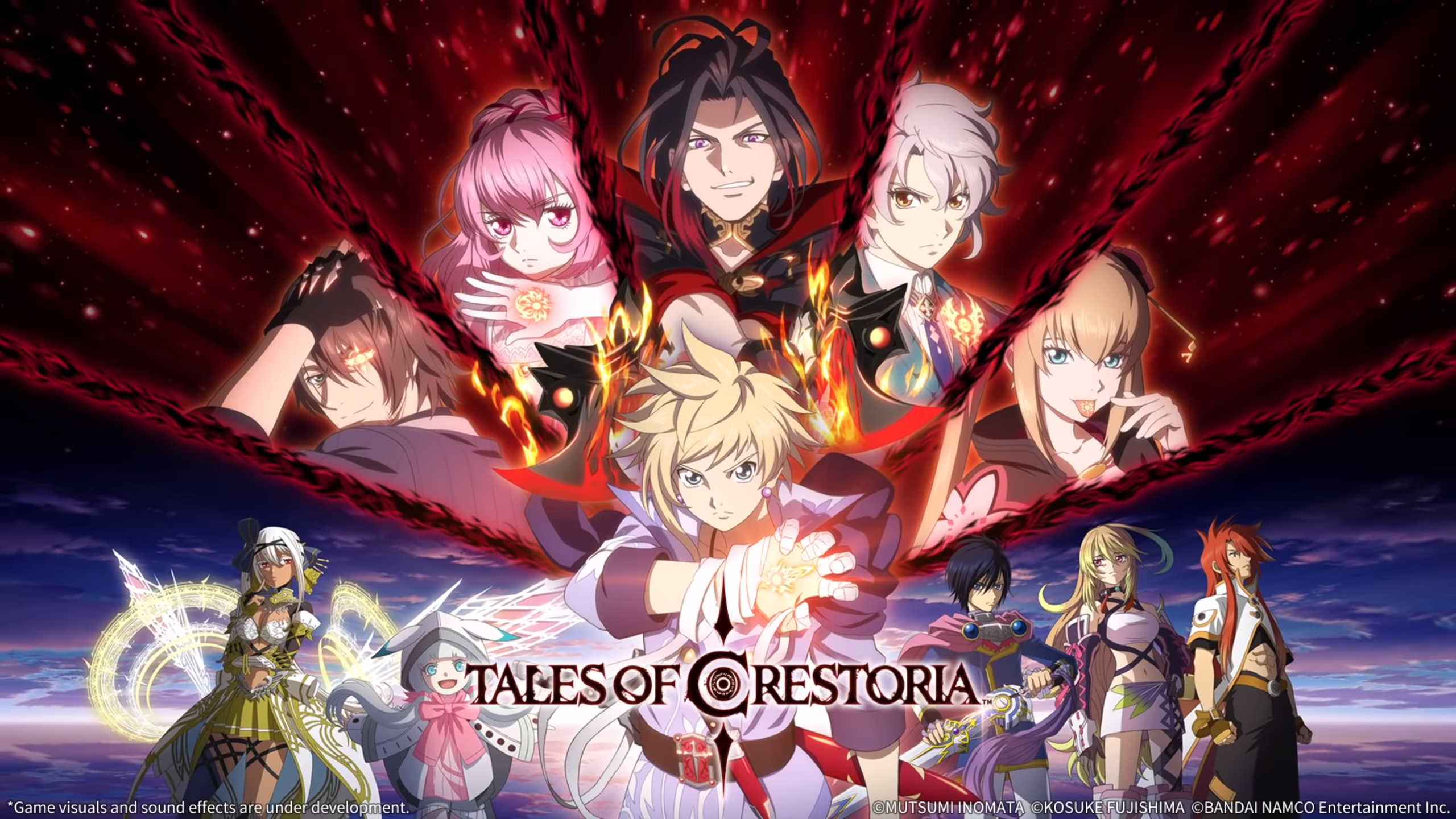 Tales of Crestoria follows the story of Kanata and an orphan girl called Misella and their journey through a dystopian society where every action is constantly watched by the all-seeing Vision Orbs.  When their actions are seen as a sin by the Orbs they are labelled as Transgressors by the other citizens and forced to flee the punishment from the Enforcers dispatched to serve justice.  With their vision of the land as a beautiful, fair and just society shattered they set out and meet the notorious Vicious, a man known as The Great Transgressor who offers them a choice “Own your sin, or let it own you.”

Tales of Crestoria is a jRPG set in the titular world of Crestoria. According to publisher Bandai Namco, Crestoria is populated by a cast of new characters, as well as characters returning from older Tales Of games who will show up as residents of Crestoria. Tales of Crestoria puts players in the shoes of protagonist Kanata who has to fight their way through a dystopian world where Vision Orbs see and control everything. The gameplay is turn-based in the vein of classic jRPGs. Players can also use Mystic Artes, which are essentially a fancy way of referring to special abilities.