Friends’ existence is very important in our lives and pandemic led lockdown would have been more morbid without them. Over the years the media and entertainment sector has experimented content with inclusion of various relationships and friendship has been one of the most celebrated relationships. Without any exception in gaming also friendship has been celebrated over the years, not just among gamer friends but also in the game characters. As friendship day 2021 is around the corner, we have listed our pick of best friends’ characters from the games whose friendship will be recalled for years ahead.

Sora, Riku, Kairi from Kingdom Hearts series: Kairi is one of the original main characters who appeared in Kingdom Hearts. She is the original persona of Naminé. Kairi was born in Radiant Garden and currently lives on Destiny Islands along with her two best friends, Sora and Riku. The bond of friendship between Sora, Riku, and Kairi is very strong, Sora and Kairi seems to be particularly close to one another. This is evidenced by the fact that Kairi was proven to be the most special person in Sora’s heart in Chain of Memories, and that their bond was strong enough for Kairi to recognize Sora in heartless form in Kingdom Hearts. 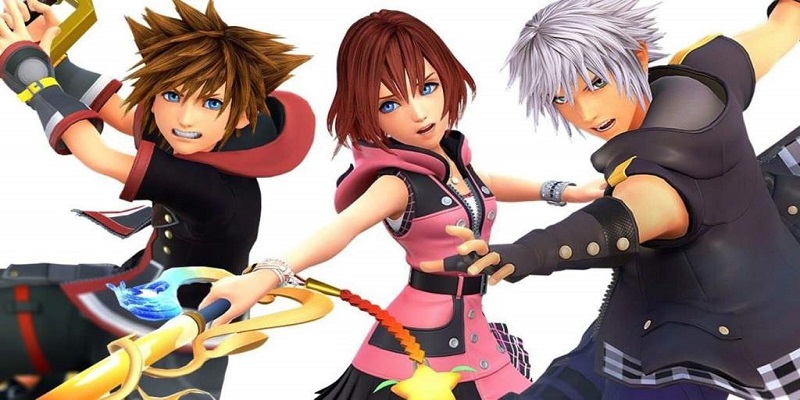 Marcus Fenix And Dominic from Gears Of War: Dominic Santiago is a protagonist in the Gears of War franchise and the wingman of Marcus Fenix. Apart from Dominic’s elder brother Carlos, Marcus was his only best friend when he was just a small lad. Dom was a patriotic soldier who served alongside Marcus Fenix. Never to doubt his country or its leaders, Dom was shaken after Marcus Fenix was imprisoned after he attempted to save his father but disobeyed order. When Marcus Fenix was on trial, Dom testified for his friend’s actions during the war. Because of this, Fenix was spared the death penalty, yet the psychological effects of his friend’s imprisonment were large. When Dominic gave his life to help Marcus and the other Gears save the world, his demise broke Marcus. This story reminds that even if the world is doomed, friendship remains. 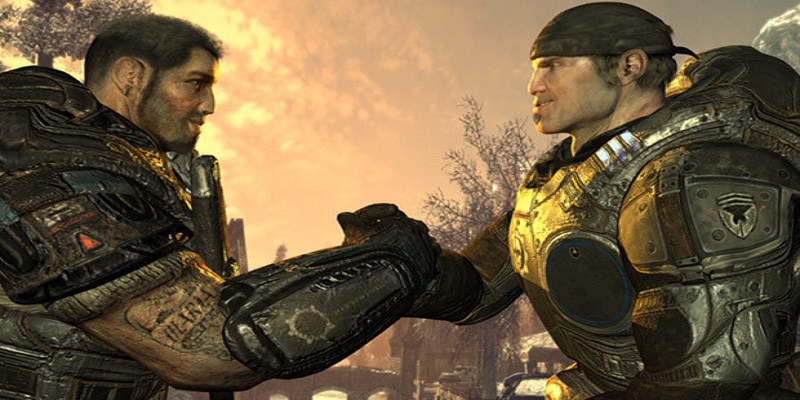 Ratchet And Clank from Ratchet And Clank: The series is titled on the two best friends Ratchet and Clank. They are the main characters in the series, Ratchet, a Lombax mechanic from the planet Veldin, and his robotic best friend Clank, who was created by a supposedly malfunctioning machine. The player controls Ratchet for the majority of each game (with the exception of Secret Agent Clank), though certain missions will require the player to directly control Clank. Otherwise, Clank sits on Ratchet’s back (in a backpack-style fashion) and is used to provide useful jumping, hovering and diving abilities through various upgrades. The duo have encountered and overcome all odds together and they are inseparable. 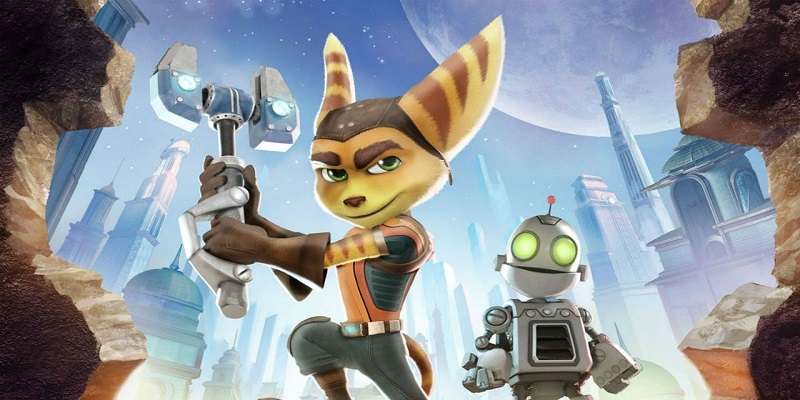 Sonic And Tails from Sonic: Tails is a longtime friend, he admires Sonic and dreams of being just like him. Though Tails lacks much courage, he wants to prove that he can be counted on, and has fought Dr. Eggman and his robots without the aid of Sonic before. Tails celebrate Sonic’s birthday along with his friends by setting up a party in Sonic Generations, but when the Time Eater appears, it warps them through various time holes, sending Tails to Green Hill. After Sonic frees him, Tails meets his classic counterpart (Classic Tails) and concludes that they were traveling through time and space. They accompany both Sonics throughout the game, later discovering that Eggman and Robotnik are controlling the Time Eater. Both Classic and Modern Tails, along with all of Sonic’s friends, help motivate the two Sonics to defeat the Time Eater. Sonic and Tails have gone through tension in friendship however every time they had each other’s back. Early drafts for the film featured Tails in a bigger role, with some drafts featuring him as Sonic’s best friend in his world as in the games, while another draft featured him as one of the main characters in the film. 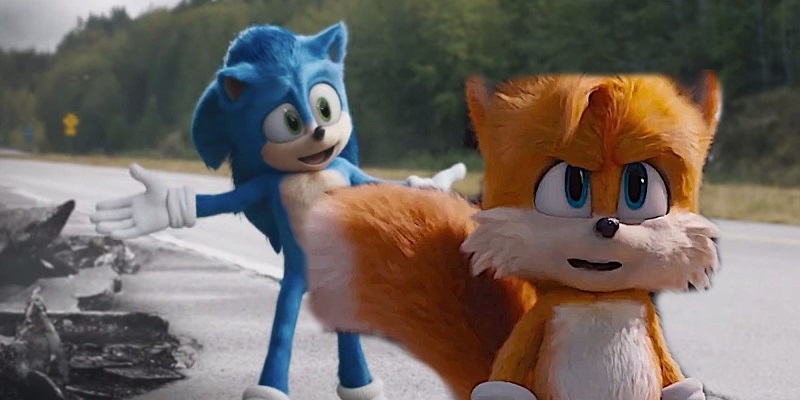 Max And Chloe from Life Is Strange: Max and Chloe are childhood best friends who fell out of touch after Max moved with her parents to Seattle and rekindle their friendship during the events of the original game. They are long-time friends, regardless of Max’s choices. Max and Chloe have been friends since childhood and lived half a mile from each other. Max used to spend a lot of time at Chloe’s house, where the two would often play pirates by dressing up and pretending the living room couch is a pirate ship. Chloe’s parents bought her a kitten named Bongo, which would later become part of Max and Chloe’s “superhero adventure” drawings. After bongo got killed by a car, Chloe and Max made a gravestone for him located in Chloe’s backyard. Once Max decided not to trade Chloe’s life for the sake of the town and tossed the photo of the blue butterfly. Chloe and Max promise each other to always be together and wait at the cliff holding hands until the storm subsides. After taking a final look at the aftermath of the storm, they leave the town in Chloe’s truck. Their story is portrayed that kind of friendship which usually people are jealous of. 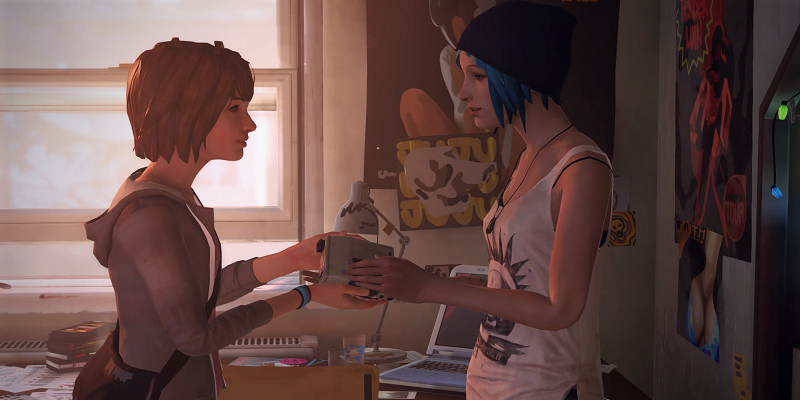 Master Chief and Cortana from Halo series: The Master Chief has a close relationship with the artificial intelligence construct Cortana, whom he meets just prior to the fall of the human colony Reach before the events of Combat Evolved. Cortana was created as a game design requirement to guide the character as Master Chief throughout the game world, but she became an important aspect of revealing the Chief’s humanity. “Over time, Cortana became a fully realized character – a friend and companion to the Chief, not to mention the only person to poke revealing holes in his tough-guy exterior,” story writer Joseph Staten recalled.

The game designers crafted the player experience of the first game to focus on abandonment and loneliness in many levels, as it reinforced the plot point that many of the Chief’s friends were killed before the game began. Cortana and the Master Chief’s relationship was a core part of Halo 4, part of a desire to feature a more human story. Creative director Josh Holmes noted that Cortana was in ways more human than Master Chief, and the idea that Chief would grapple with his humanity at the same time he was losing Cortana spoke to him. Creative director Josh Holmes’ mother was diagnosed with dementia during development, and his real-life struggles informed the characterization of Cortana’s descent into rampancy and the Chief-Cortana relationship. Holmes and the team drew inspiration from the relationship in the game Ico, where the main characters share a strong bond, as well as the many layers to the two characters’ relationship; “In some ways they’re friends, in some ways she’s almost like a mother, in others they’re skirting that line of lovers, and so all these different elements come into the relationship, making it complex and interesting to explore. 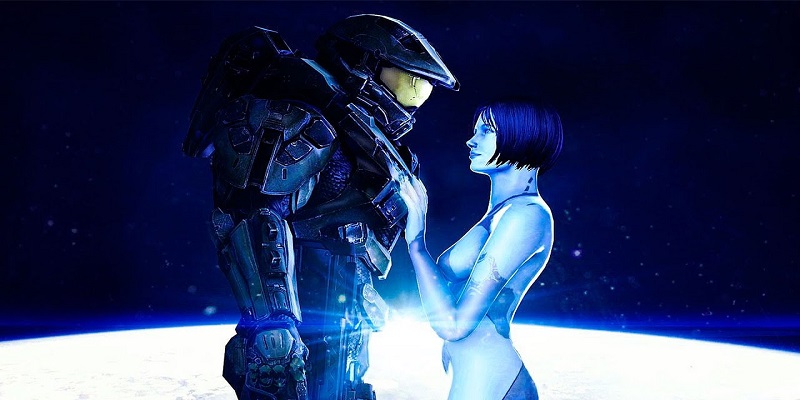 Alan Wake and Barry Wheeler from Alan Wake: Barry Wheeler is Alan Wake’s friend and also his literary agent. He is a very typical New Yorker, high-strung and high-powered. Barry suffers from allergies, including dust, grass, pollen, and small towns, but he is a good friend and despite his allergies and his protests he travels to Bright Falls when he senses that Alan Wake needs him. He is the first person Alan relates the strange events to and initially Barry doesn’t believe him. Barry has helped Alan write and even though Alan suffers from his writer’s block, Barry still tries to poke ideas out of him. Alan looks at Barry as a true friend as he has been there for him from an early age. Also, Alan has said that Barry has never let him down in the Manuscript page called “My Best Friend” from the story, “Return”. 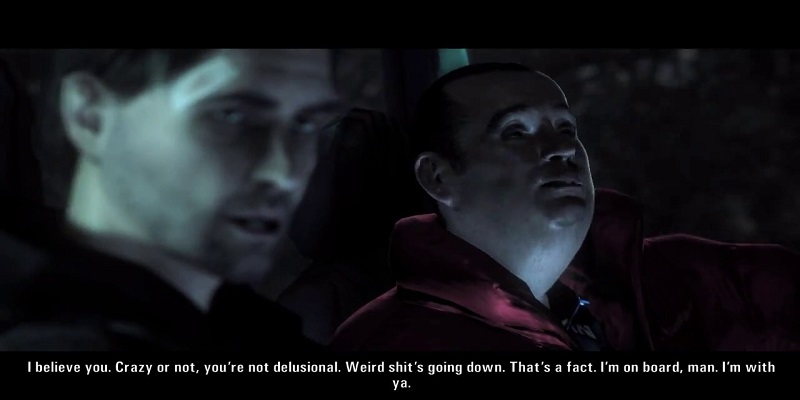 Ori And Naru from Ori And The Blind Forest: Naru is a creature of an unknown race and Ori’s effective “foster mother”. When Ori became separated from the Spirit Tree during the Great Storm, Naru discovered the young spirit and raised it as her own child. Naru is very motherly, caring and affectionate, especially towards Ori. Their bonding was truly touching and was more like mother-child relationship and  friends. Both of them just want to spend time together eating fruit which they quaked down from trees. The moment when they were separated from each other it was quite tragic and emotional. 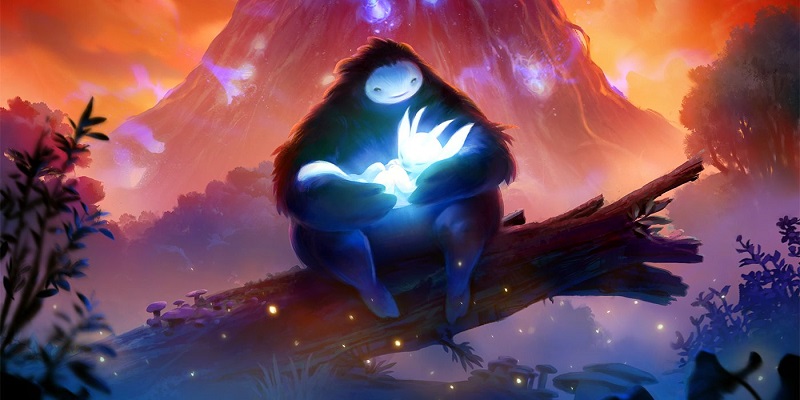 Nathan Drake and Victor Sullivan from Uncharted: Victor “Sully” Sullivan is one of the two deuteragonists of the Uncharted series. He is an American treasure hunter, fortune seeker, and businessman, as well as a friend, one-time mentor and father figure of fellow treasure hunter Nathan Drake. Throughout the series, Sully appears as a major character and ally to Drake and his friends, often joining him in his various adventures. A flashback to 20 years earlier expands on how Nate’s and Sully’s long friendship began.

Sully is seen at the Francis Drake museum in Cartagena, using a key mold to copy the indentations of a lock on a display case which houses an astrolabe and Francis Drake’s ring. Nathan watches Sully tuck the copy into his wallet and follows, as he has plans to steal the astrolabe and ring as well. Sullivan is aware that Nate’s following, but assumes that he’s merely a street urchin thinking Sully to be an easy mark. Nate steals his wallet, presuming he’s gotten away clean, but Sullivan quickly catches up to him and demands it back. Throughout the following years, Nate and Sullivan often got into dangerous situations, even jail time. Despite these hitches, Sullivan raised and protected Nate like his own son, and stood by him even when his actions got them into trouble. Nate grew to love Sullivan as his father and became very protective of him as time went on. He later showed great concern for Nathan’s well-being when the latter began displaying a dangerous amount of “recklessness” during his search for Iram of the Pillars.

Sully is often seen as both the best friend and father figure of Nathan Drake. He cares about Nate, but his loyalty has been tested multiple times throughout the series, and not always in his favor. He and Nate share banter regularly, and having known each other for many years, they regularly exchange stories of the past, usually in context to what they are doing at the time. He had been the best man for Nate and Elena’s wedding, and had shed a few tears during the proceedings. 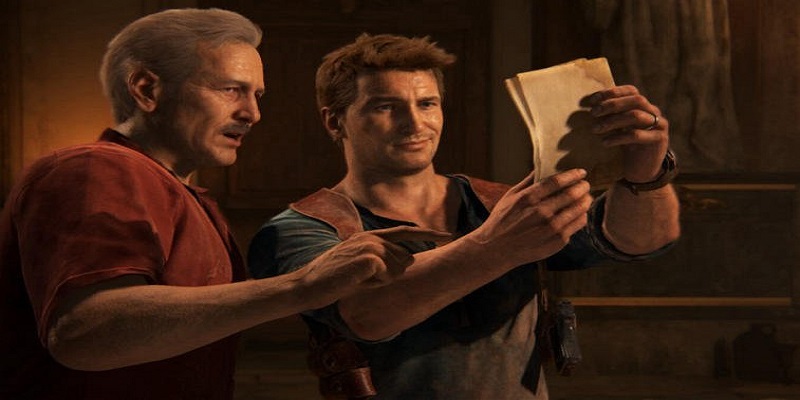 Elizabeth and Songbird from Bioshock Infinite : Often we come across friends who guard us and sometimes their guarding nature becomes annoying to us. Our next friendship is about frenemy bond of Elizabeth and Songbird. Elizabeth is guarded by Songbird, a monstrous, winged creature who was both her keeper and only friend during childhood. When Elizabeth was imprisoned in Columbia, Songbird was created for the sole purpose of keeping her imprisoned within her Tower, and became the most feared creature in the city. During that time, it was Elizabeth’s only companion, bringing her things such as books, toys, food, and drinks. Although it held her captive, the creature was her caretaker and protector. As a child, Elizabeth viewed Songbird as a friend, but later came to hate it for keeping her imprisoned. When she escapes, Songbird’s intent is bringing her back, even if it means destroying anyone and anything near her, including Booker DeWitt and even the tower that she’s kept in. The bond between Songbird and Elizabeth was established by a freak accident — Songbird escaped the laboratory and accidentally crashed into Elizabeth’s tower, forcing Elizabeth to repair its breather. This created a successful pair bond between the creature and Elizabeth, and it would protect her fiercely. 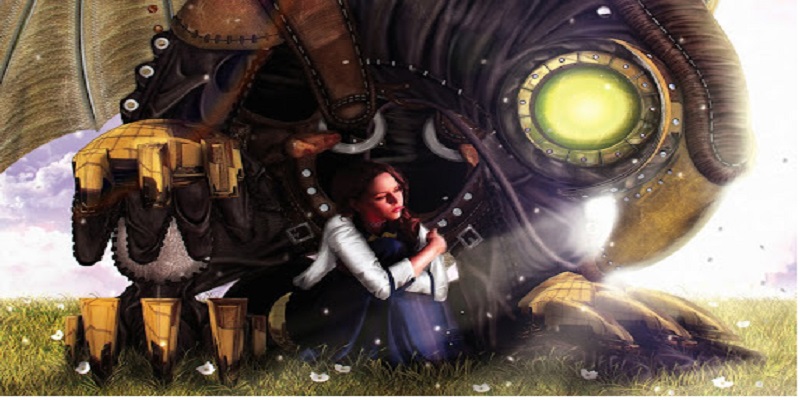