Mythology in video games adds an additional layer of meaning for sharp-eyed players to explore, and many games subvert some portion of the original mythos in their retelling. Be it an ancient tale or have a modern spin game with mythology spin is always fans’ favorite. Here is our pick on mythology-inspired video games:

Portal 2:
Portal 2 devloped by Valve Corporation and was praised for expanding on the witty humor and elegant puzzle design of the original, but it also introduces a bigger mystery: who is GLaDOS, and what was Aperture Science really working on? To answer some of these questions, Portal 2 chooses to parallel several Greek myths.A fan theory alleges that all of Portal 2‘s major characters line up with mythological figures. GLaDOS is Prometheus, who stole fire from the gods to give to humanity, and who was punished by having his liver pecked out by birds (when GLaDOS is turned into a potato, she becomes easy prey for a particularly malicious bird). Chell is Pandora, who grants Epimetheus (Wheatley) incredible power (in the game, Chell allows Wheatley to take control of GLaDOS’s systems). Add in an oracle turret and a hidden painting of Aeschylus — an Ancient Greek writer who penned Prometheus Bound — and suddenly the events of the game take on a whole new meaning. 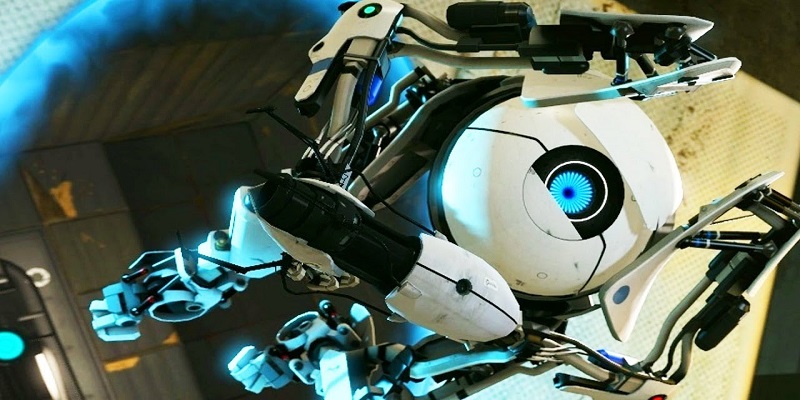 Apotheon
Apotheon is an action platformer video game developed and published by Alientrap for Microsoft Windows, OS X, Linux, and PlayStation 4. The game was released on Microsoft Windows and PlayStation 4, OS X and Linux on February 2015. Apotheon is Alientrap’s second commercial game and utilizes a unique art style based on ancient Greek pottery, particularly in the black-figure pottery style. Apotheon is a fast and brutal 2D action game with an art style and heroic narrative based on Ancient Greek mythology. The player controls Nikandreos, a young warrior who, with the help of Hera, fights the Olympian gods. Nikandreos can use his fists but, also, different weapons of the ancient world, including xiphos, battle axes, clubs, spears, bows, knives and more. Apotheon can be played in three different difficulty settings. In the times of Ancient Greece, the Gods have begun to punish the humans of Earth, resenting their arrogance and defiance among their societies. Zeus, the father of all the Gods, has forced his children to stop giving their gifts of life to the Earth, so that all humans are soon deprived of animals, food, and even daylight. With most of the Earth cast in darkness, man begins to fall prey to the savage destruction of their cities. 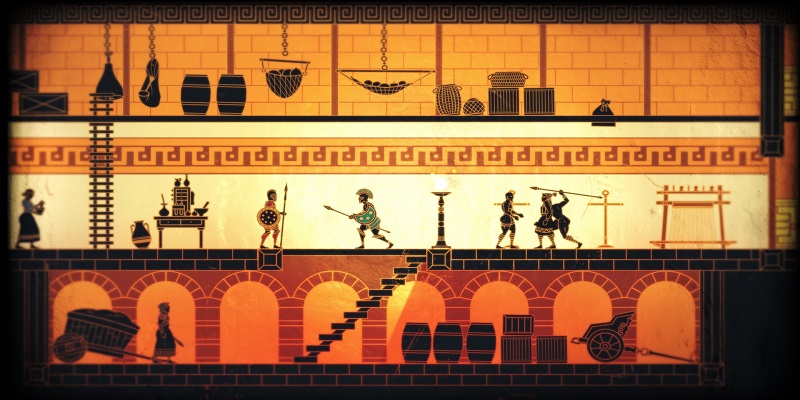 Kid Icarus
Kid Icarus is a franchise of fantasy video games by Nintendo. The games are set in a fantasy world based on classical antiquity and Greek mythology, called Angel Land. Medusa, the goddess of darkness, has been locked away in the underworld by Palutena, the goddess of light. Needless to say, Medusa’s not happy with this turn of events, so when she escapes, she turns everyone she sees into stone and imprisons Palutena. It’s up to the Cupid-like cherub, Pit, to defeat the monsters of the underworld, collect three sacred treasures (including the wings of Pegasus), and save Palutena.The game is bare-bones and tough by today’s standards, but if you’re interested, check out the 3D Classic version on the Nintendo 3DS, as well as the 2012 3DS sequel, Kid Icarus: Uprising. 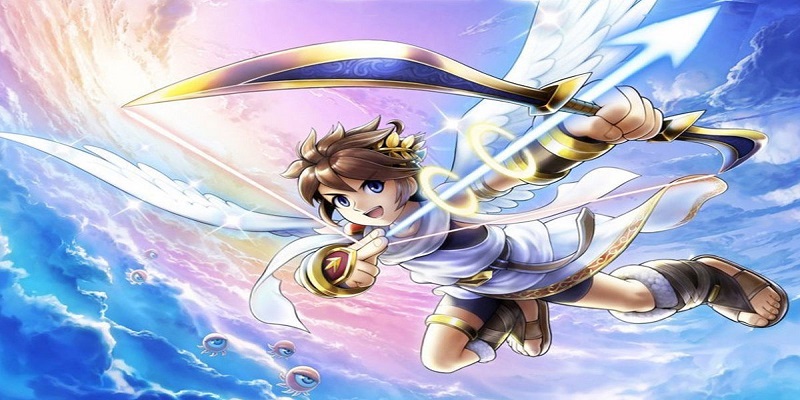 Rise of the Argonauts
Rise of the Argonauts is a 2008 action role-playing game developed by Liquid Entertainment and published by Codemasters for Microsoft Windows, PlayStation 3 and Xbox 360. Although very much at variance with the story of Jason in the original Greek mythology, the game’s plot surrounds the myth of Jason and the Argonauts searching for the Golden Fleece. In Rise of the Argonauts, the player assumes the role of the protagonist Jason, in this instance portrayed as a king of Iolcus. Jason’s bride, a warrior princess called Alceme Enialios, who is the daughter of a Mycenean king called Lycomedes, is assassinated on the wedding day. Jason avenges Alceme by killing the assassin, who led an unexplained attack by mercenaries from Ionia — and begins to investigate the doomsday cult of Hecate-worshippers in which the assassin admitted membership. Jason seals Alceme’s body in the temple where the two were to marry, and it becomes Alceme’s mausoleum. Jason quickly discovers that the only way to bring back his wife is to obtain the Golden Fleece, as it is said that the Fleece alone can undo events that have already occurred. Traveling to Delphi, Jason learns from the Oracle that the only way to tread the road to the Fleece is to find three descendants of three of his patron gods: Hermes, Ares and Athena. The descendant of Hermes is found on Saria, Athena’s on Kythra, whereas Ares’ is located on Mycenae.After convincing all of them to join him, Jason travels to Delphi again and learns that the Fleece is in Tartarus, the Hell of the Greek Underworld. After obtaining it, Jason sails home to revive Alceme. He confronts Pelias, his traitorous uncle. During the course of the game, Jason will face Blacktongues, who are behind Alceme’s assassination, Ionians mercenaries, mythical beasts and other characters, but he would not be alone. 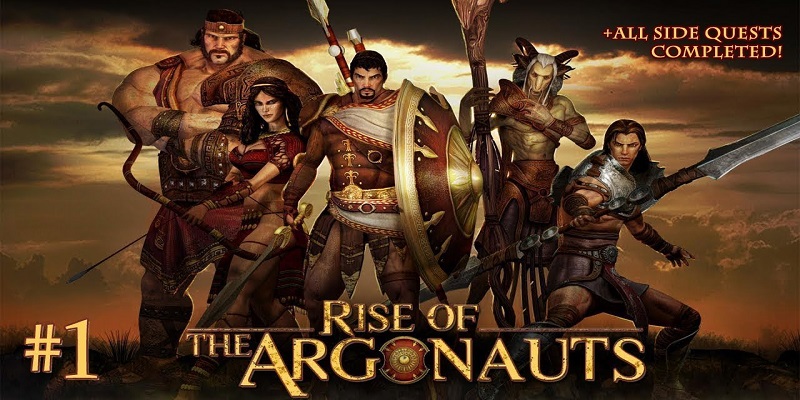 Darksiders
Darksiders developed in 2010 by Vigil games, turns to the biblical Book of Revelations, which forms part of the New Testament in the Christian Bible. In the game, the player controls War, one of the Four Horsemen of the Apocalypse. The game takes place in a world where the forces of heaven and hell are reaching the end of a tenuous truce. War arrives on earth to play his part in the apocalypse, but he’s forced into killing a demon, and is subsequently bound to serve the council responsible for maintaining the truth. What’s interesting about Darksiders is that it doesn’t focus on staying true to the stories, but instead plays with themes like the end of the world and vengeance, and chronicles an epic struggle that humanity has no control over. 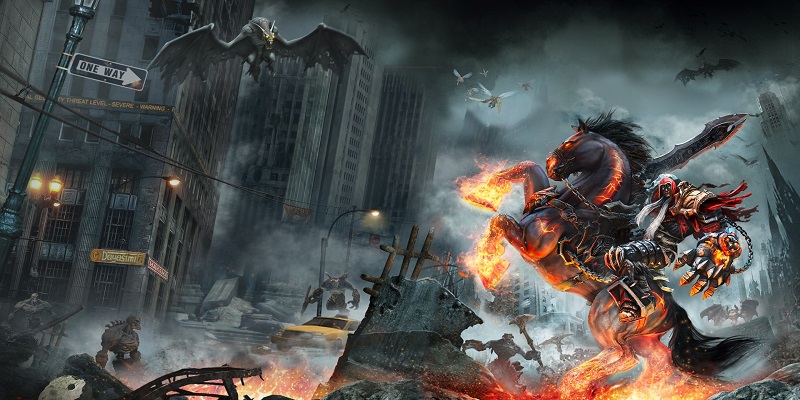 Hellblade: Senua’s Sacrifice
Hellblade: Senua’s Sacrifice is more often heralded for its representation of mental illness than its mythology, but Norse tradition actually informs much of the game’s story. As the player controls Senua on her journey for revenge, they encounter a variety of figures borrowed from Norse tradition. Some of these may be familiar — MCU fans will probably recognise Hel (the Norse goddess of the dead) from the Thor movies — while others are more surprising. It was realeasd in 2017 and was developed by Ninja Theory.Take Valravn, a Danish creature created when a raven feeds on a dead warrior. While this might seem like the product of a developer’s imagination, it’s actually based in well-researched facts. The story’s careful references to Norse tradition feed back into the game’s themes of destruction and rebirth. 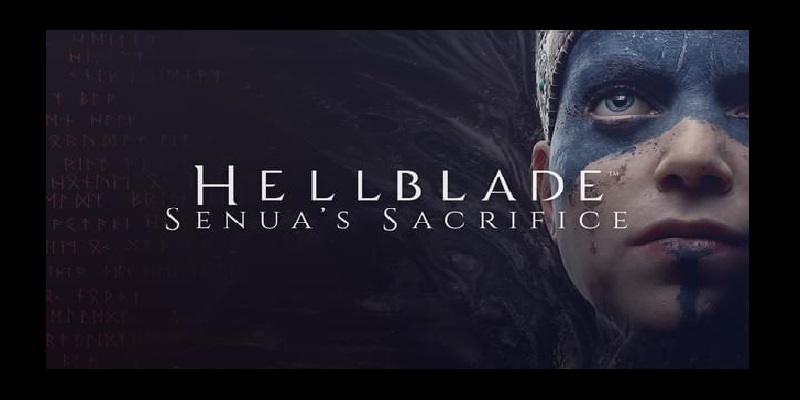 The Secret World
The Secret World developed by Funcom, released on 2012, takes place in a universe where many myths are real, including both mythological histories from places like Egypt and Greece, and also fictional ones, such as Lovecraft’s complex mythos.Each legend is treated with equal weight, creating a deeply frightening yet seriously interesting setting. Since it’s an MMORPG, players take on the roles of individually created characters, joining factions like the Illuminati or the Templars to investigate a series of increasingly terrible plots for destruction. It would be easy for a world so infused with fiction and myth to feel crowded, but The Secret World lets those elements inform — rather than encompass — the gameplay.Despite the influence, the story feels wholly original, giving the game a unique atmosphere that’s enjoyable even if players don’t get the references.

God of War
God of War centers around Kratos, whose rage toward the gods knows no bounds, after Ares (the God of War) tricks him into killing his own wife and child.Every line Kratos utters is yelled with hyperbolic anger. Every enemy unlucky enough to stumble onto the screen is shredded by Kratos’s Blades of Chaos, which are basically sword yo-yos he can whip through the air with deadly speed and strength.With all the dead gods left in Kratos’s wake across the four games in the series, it’s obvious that God of War doesn’t hew too closely to the mythical stories it’s based on. But that doesn’t make it any less fun to fill the streets of Athens knee-deep with blood. 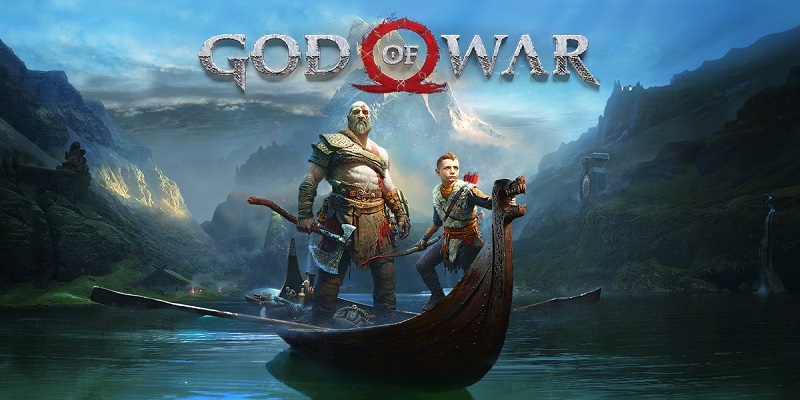 Smite
Smite is a multiplayer online battle arena games (MOBAs) have been burning up the PC charts (and the esports world) for years now, with games like League of Legends, Dota 2, and Heroes of the Storm absorbing hundreds of hours of gamers’ time. Because of the complex control inputs and the cluster of spells and abilities on the screen, it seemed like MOBAs were destined to remain on PC only.Then along came Smite, a free-to-play game that’s available on PC and Xbox One. It puts you in the shoes of a god from the mythology of your choosing: Greek, Mayan, Chinese, Egyptian, Hindu, Norse, or Roman. Once you’ve chosen your god, you team up with other players to fight against an equally powerful team of gods.The game is more about bashing the other team to dust than informing players on their chosen mythology, but you’re bound to pick up bits and pieces as you play. If you’ve ever wanted to give a MOBA a shot, Smite is a fine place to start. 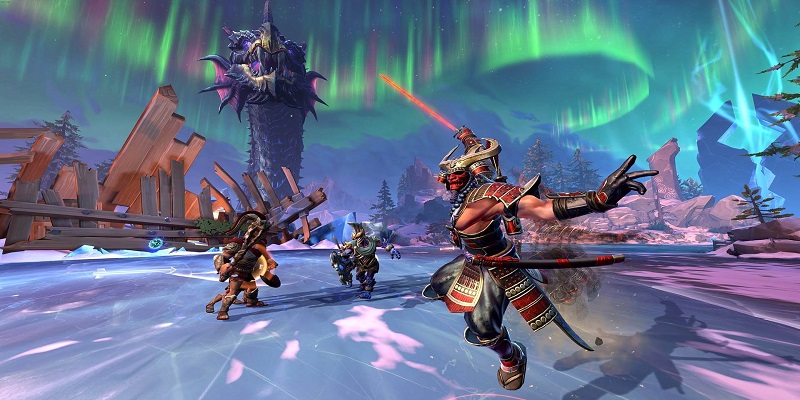 Nioh:
Nioh is an action role-playing video game developed by Team Ninja for the PlayStation 4 (PS4). It was first released worldwide in February 2017, and was published by Sony Interactive Entertainment internationally, and Koei Tecmo in Japan. An edition for both PS4 and Microsoft Windows, containing all the game’s downloadable content (DLC), was released on November , 2017 by Koei Tecmo. Nioh gained a lot of attention for its challenging, Dark Souls style gameplay, its incorporation of mythology also deserves a nod. Though Japanese folklore may not be instantly recognizable to Western audiences, Nioh’s story is infused with many classic Japanese stories. The game plays with a mixture of real history and well-known folktales to create an intriguing picture of 1600s Japan that’s filled to the brim with yokai.By being largely (though not entirely) faithful to the real history and folklore, Nioh creates a setting that is intriguing to those who might not be familiar with the source material, and exciting for those who do. 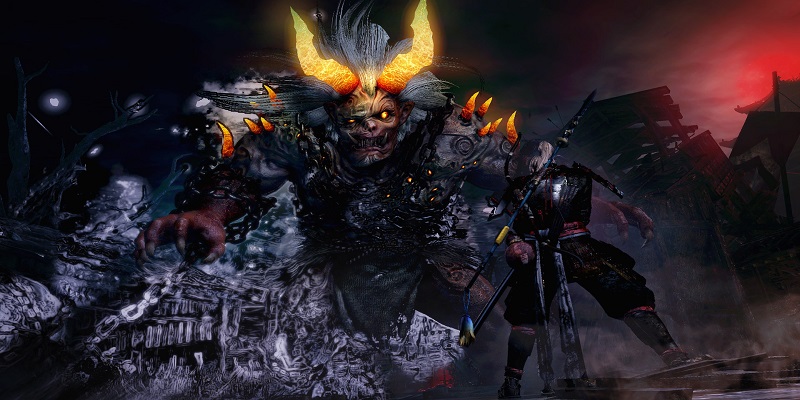