With pandemic, cheap data rate and affordable mobile devices, the gaming sector is booming. Today, according to experts, India is among the top five markets for mobile gaming. According to a new report by Open signal – Ahmedabad, Navi Mumbai and Vadodara are the top three cities in terms of the number of mobile gamers. The report has been compiled from data registered from 48 of the biggest cities in India between 30 April 2020 to 29 July 2020.

Opensignal analyzed the mobile network experience in 48 of India’s largest cities to see how they stacked up on the Games Experience metric. It measures how users perceive real-time multiplayer mobile gaming on cellular networks (on a scale of 0-100) across some of the most popular genres such as Battle Royale and MOBA games, of which COD, PUBG and Clash Royale are examples. The report states, “We found that cities in the states of Gujarat and Maharashtra dominated our measure of mobile gaming experience in India — seven of the top ten cities hail from either of the states. The best Games Experience was enjoyed by our users in Gujarat’s metro city of Ahmedabad with a score of 71.7, followed by Navi Mumbai (70.1) and Vadodara (69.8). It was noteworthy that Ahmedabad and Mumbai were the only Tier 1 cities that placed in the top ten cities, along with Tier 2 and Tier 3 cities like Surat, Thane, and Rajkot.” 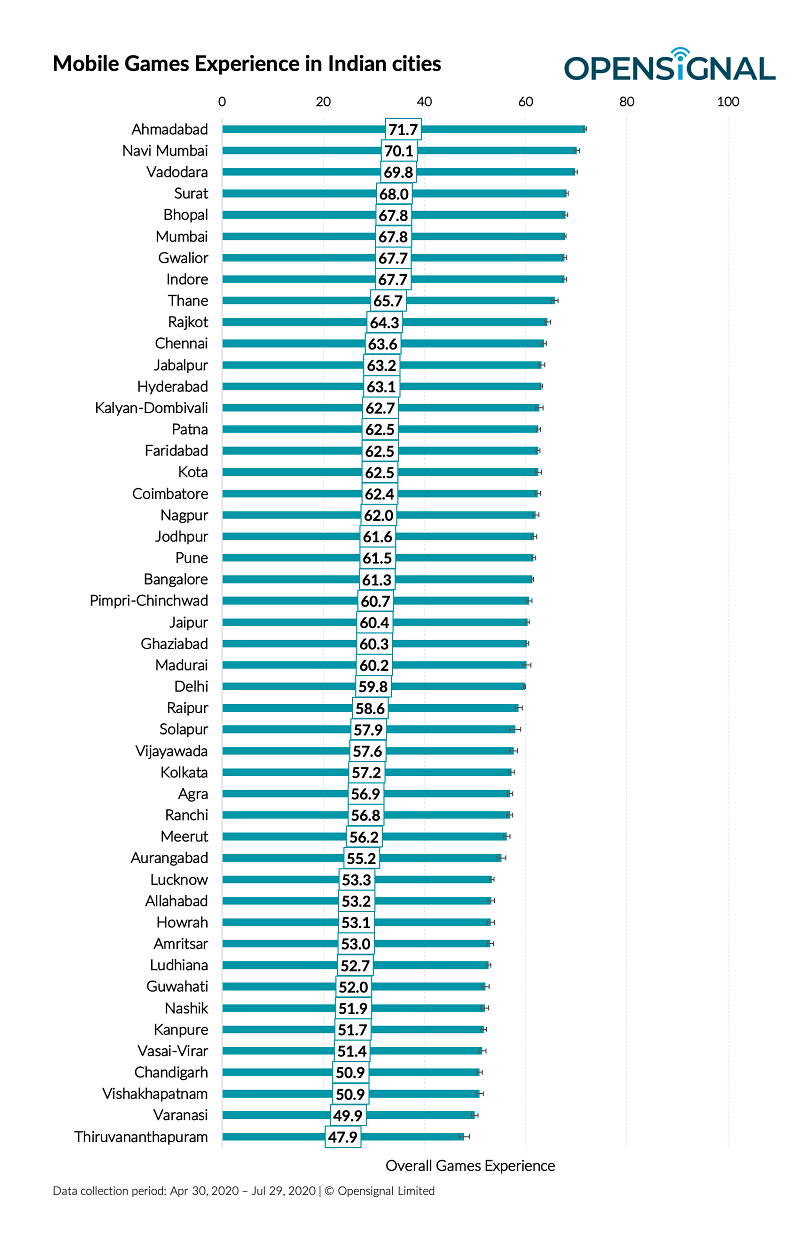 In addition to that, App Annie also estimated that the mobile games market in India is worth $1.1 billion with the number of users projected to reach 628 million by this year. This means that games experience is becoming increasingly important for Indian consumers, hence any operator that provides the best games experience definitely holds an advantage.

After observing the sector closely we have figured out why India is growing in mobile gaming sector and here are the six factors which we think are responsible for the growth: