Walt Disney Animation Studios has unveiled a brand new teaser trailer and a poster for its upcoming action-packed animated film, Raya and the Last Dragon.

Directed by Don Hall and Carlos López Estrada, the animated feature is Disney’s first to be inspired by the cultures of Southeast Asia. The animated film follows Raya, a lone warrior tracking down the last dragon in order to stop sinister monsters from threatening the fantasy world of Kumandra and restore unity among people. 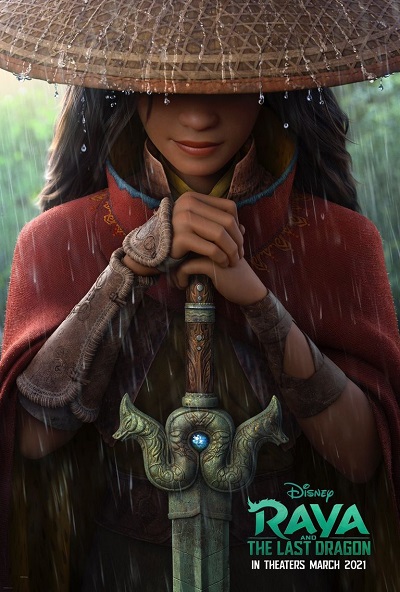 The official synopsis reads: She travels across the realm of Kumandra with her animal sidekick Tuk Tuk in search of the last dragon. Her mission is a perilous one, especially as she needs to track down the dragon before an evil force named Druun destroys the whole realm. She eventually finds Sisu , a water dragon inhabiting a human form. Sisu needs Raya’s help to get her powers back and become her true dragon self, so Raya makes it her mission to get Sisu her powers back so that she can help save the kingdom. However, along her journey, she’ll learn that it’ll take more than dragon magic to save the world — it’s going to take trust as well.

Raya and the Last Dragon stars Kelly Marie Tran as Raya and Awkwafina as Sisu. The trailer has received positive reviews from the audience and fans can’t contain excitement for the film to release next year.

Tran’s voice acting as much revealed in the teaser trailer has been appreciated. She considers Raya as a “badass, gritty warrior” who redefines the classic Disney princess and shatters the stereotypes.

“Raya is totally a warrior. When she was a kid, she was excited to get her sword. And she grows up to be a really badass, gritty warrior and can really take care of herself as well as others,” she said.

The 3D animated film is co-directed by Paul Briggs and John Ripa with the screenplay written by Qui Nguyen and Adele Lim. Osnat Shurer and Peter Del Vecho serve as producers.

The Disney feature hits big screens on 12 March 2021 in the US and other countries. In India, the release date might vary and is yet to be announced soon.