After a nail-biting grand final across 42 matches, the champions of BATTLEGROUNDS MOBILE INDIA ( BGMI) in the AMD Ryzen Skyesports Championship 3.0 have been crowned. The recently signed roster of GodLike Esports put up a dominant performance on the final day to win it all.

Godlike had the most chicken dinners (six) and kills (228) from the 42 matches of the finals. With this victory, they will receive Rs. 12,00,000 of the Rs. 25,00,000 prize pool. Their squad consisted of Suraj “Neyoo” Majumdar, Jonathan Amaral, Abhishek “ZGOD” Choudhary, and Vivek “ClutchGod” Horo.

Here are the overall standings of the championship: 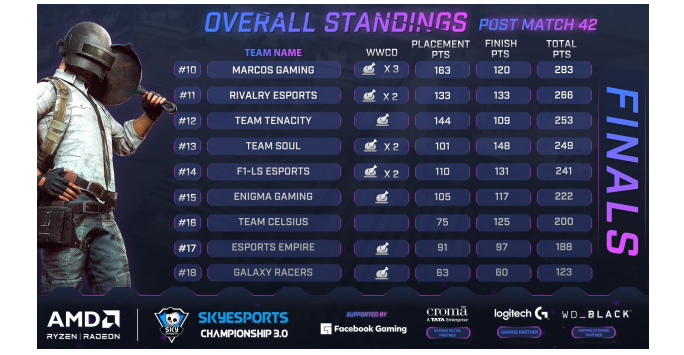 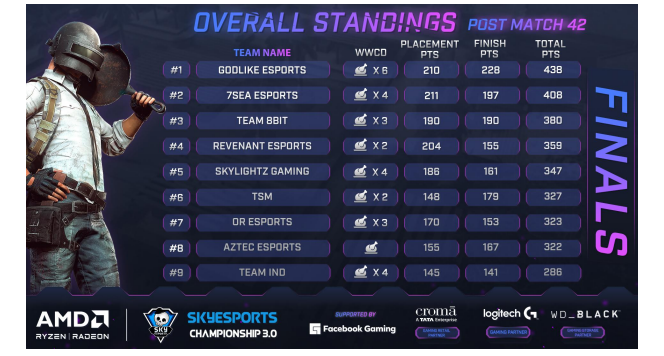 The hype for BGMI was clearly visible in the Skyesports Championship 3.0. The stream reached a peak viewership of over 220,000 across all streams during the sixth day of the tournament.

Jonathan was adjourned as the MVP of the tournament for picking up 77 kills. He narrowly finished over 8Bit’s Akshat who had 75 kills. Jonathan will get an additional Rs. 1,00,000 for this achievement. Here are the top five players of the competition.

The map-wise points from the Skyesports Championship 3.0 are as follows: 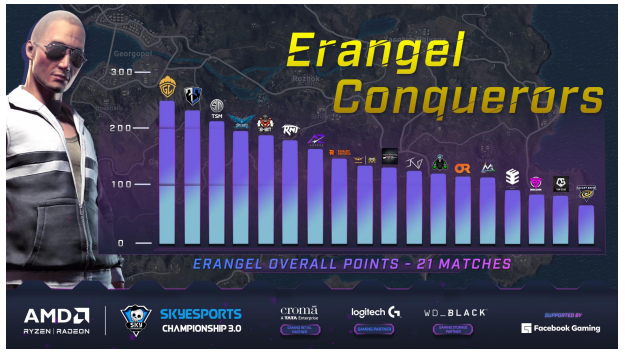 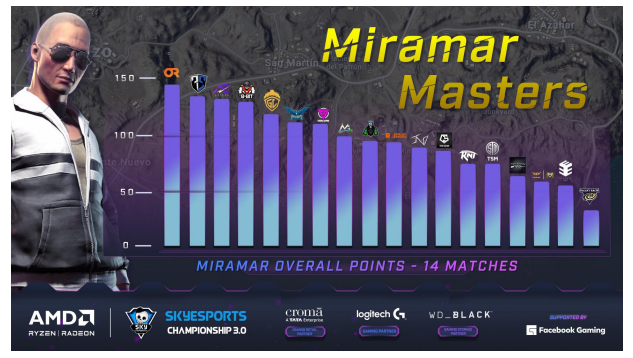 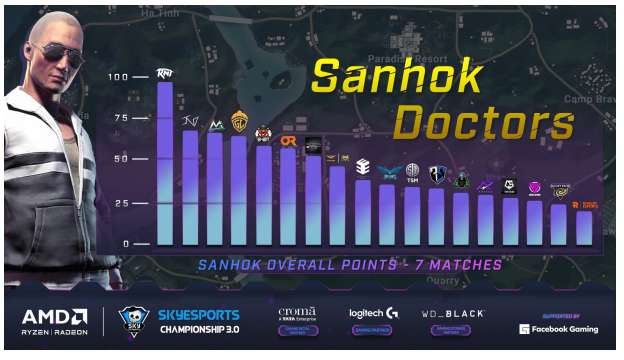 The Skyesports Championship 3.0 will now return with India’s favorite FPS title, VALORANT. Registrations for it are currently live on the official Skyesports website until 15September.

The Skyesports Championship 3.0 has a total prize pool of Rs. 55,00,000 split across six gaming titles. It’s presented by AMD Ryzen. Logitech G is the gaming partner while WD Black is the storage partner. Croma is the gaming retail partner and the regional streams are exclusively supported by Facebook.