At the IGDC panel, the speakers shed light on their thoughts on talents for hyper casual game available in India publishing at the panel Global publishing leaders on creating global HC hits from India. 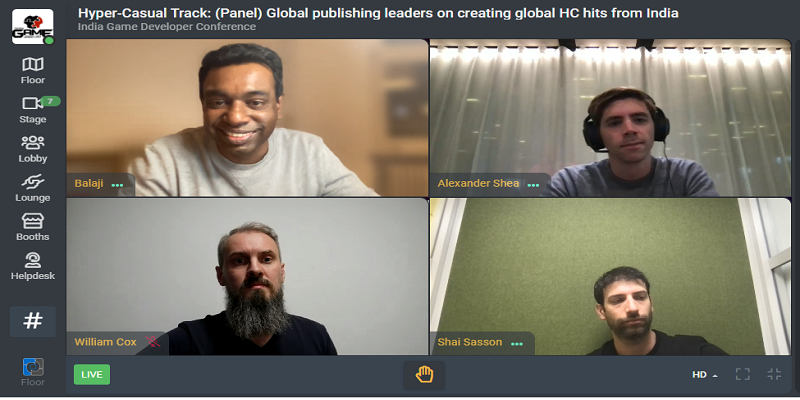 “What I see India as a whole is that it is a market which is the early adopters of hyper casual games, so I see this market is very mature with the number of great studios and also the market that is emerging. Strength of this market is that  so many new potential  are coming into the market every day and they are realizing they don’t need a big studio to create great games, there are very talented developers, there are great engineering schools and there are emerging great talents at the big edge and also the cost compared to U.S. is less. I think India will become the engine of hyper casual studios in the next few years,” Shea added.

Shai also shared that games like Soap cutting, Acrylic Nails  and Hair Dye have gauged over 100 mn and all are games that were developed by Firescore Interactive and they have been recently acquired by Crazy Labs. There are a lot of other games which generate nice revenue streams but are not that big.

Shai shared, “entering the hypercasual, prototyping and publishing could be lower barrier for studios which just start. If they enter into casual or mid-core games where they require a lot of funding, long process of prototyping, developing and initial data of the game then they need to decide whether it is worth continuing developing or not. Some studios are operated with two to three people to 10 to 15 people and game developments require a lot of work so prototyping and publishing games for them could be an easy barrier. Apart from that there are a lot of talent pools present in India  including colleges and universities and professional courses available in game development. So many new studios who are stating their path on hyper casual genre eye for collaborations and have contacted Crazy labs.”

Cox shared they have a couple of games that they have been working on. The Cricket Star Pro has been doing quite well and a lot are in the pipeline. “The reason that we set up in India is that we see there is a lot of potential in the market. There are very experienced people in India and qualified graduates coming out of the university showing interest in hyper casuals. We see a lot of passion, dedication, development teams which we work are keen to work with us,” he added.

Cox also believes that there are huge chances for Indian developers to gain popularity in the global market. Be it quality and ideation it always hit the bars which is quite interesting for publishers like them. We have a big investment plan in India considering the huge potentiality of the market.

Over a lot of aspects, the panelists agreed which includes long term association the look for with India, huge talent pool is one of the fastest emerging countries in the hype casual game development and there are huge potential talent pool in India. And the myth that hyper casual gaming genre will die is completely untrue because global publishers are  setting up their base in India to publish more home grown hyper casual games globally and eyeing for Indian studio collaborations.