Indian esports organisation Sky Esports  has announced that Valorant Sky Showdown, Skyesports Championship 2.0 (2020) is all set to commence from 19 September. They have officially revealed the match flow and the teams participating in the tournament on their official Instagram handle .

Valorant Sky Showdown in Skyesports Championship 2.0 (2020) is all set to begins from September 19. Live on @skyesportindia YT and @getloconow #SkyesportsChampionship 2.0 #Valorant #Esports #IPL

Speaking to AnimationXpress about the tournament, Sky Esports CEO Shiva Nandy, informed, “This is a great opportunity to build the grass root for esports in India. Bringing in both influencers and professional teams to participate together will give a mix of flavour for the audience and the tournament will be a highlight in esports this year.”

This will be a completely online edition planned for over two months with many gaming titles. Sky Esports had recently joined hands with LOCO, streaming, and esports platform to host more than a month-long gaming tournament in an attempt to engage with the gamers during the lockdown. The tournament will be streamed live on game streaming app LOCO in exclusive regional language Tamil and Malayalam. In total, the game will be streamed in six different languages other four languages will be in Hindi, Kannada, Telugu, and English . Enthusiasts can also catch the live stream at Sky Esports official youtube channel.

The rundown of the tournament flow is here: 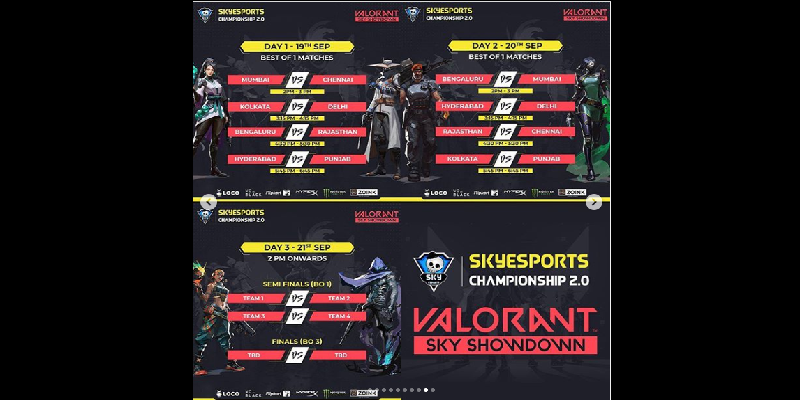 The official post has also revealed the glory for Valorant cups, seems the winners will be awarded by those.