Card gaming is one of the most popular gaming sectors in India. Be it a Diwali party or a random get-together, a round of card game adds that extra element of entertainment. Due to the digital revolution today, one can access and play card games easily on their handheld devices. And now by identifying the players interest, new card platforms have emerged and older ones have evolved.

Rummybaazi, which used to be a rummy platform under parent company Baazi Games, has now been revamped into an umbrella platform CardBaazi where apart from rummy, other card games are also available, like Poker, Call Break. Games like Dehla Pakad, Solitaire and 21 Puzzle are in the pipeline and they intend to add more games under the ambit of game of skill. 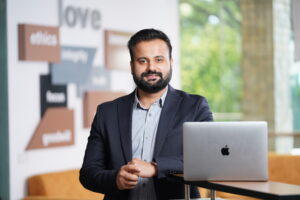 CardBaazi CEO Sunit Warraich commented about the development: “CardBaazi.com is a new platform for us. Rebranding and transforming RummyBaazi to a multi-game application from mono-game was a complete change in the mode of the operation to provide a one-stop destination for all card game players as our internal surveys prompted very clear trends that users are looking for multiple games on one platform.”

A lot of households opted for casual card games online as a source of entertainment and recreation. “Users are a lot less averse to transacting on online portals which adds an element of thrill while they are engaging with these games. With games starting as low as one rupee has attracted a wider audience in the space which is set to only grow in the coming quarters. Tech has enabled smooth onboarding and shorter learning curves that build trust with the brand and we are able to retain users for a longer time,” Warraich added.

With CardBaazi, they aim to reach out to every card gaming enthusiast in the country, both pro   and casual gamers. Their focus is also to tap the latent offline card gaming economy and engage them as digital users with the intention to bring back the essence of age-old indigenous card games. In the process, they want to go beyond the tier-one and two cities and expand their user base to tier three and four cities of India, who will form the largest chunk of users in the future.

One of the most popular trends that has been identified this year was that real money card and fantasy gaming organisations are slowly introducing real money casual mobile gaming. “Casual mobile gaming has picked up largely since the onset of the pandemic because these games are common to all age groups and cater to a wider audience base. The essence of gaming is to contribute to building communities which can only be achieved when people are playing together and there is involvement of limited expertise in each game. Hence, to incorporate this factor in their offerings, more platforms are resorting to real money casual gaming to increase the user base,” Warraich shared.

Currently they are in the initial phases of the application, and it has been less than a month since the transition from RummyBaazi.com to CardBaazi.com took place. They are closely observing the trends and a correct prediction of the change in user base can only be made a few months down the line. However,  the indicators have been positive so far.

They are still shifting all the users of RummyBaazi.com to CardBaazi.com and once it is complete, they will have more organic growth on the platform. As of now, they have over a million users and they are targeting the same to grow at least by 30 to 40 per cent in the coming year.

“As far as our marketing strategies are concerned, we intend to reach out to deeper segments of the users, especially in tier-three and tier-four cities. We are going to use both offline and online campaigns to reach out to our desired audience. Our primary approach is going to be digital first to ensure wider reach and we will further combine it with timely offline events to support our digital promotions,” he added.

According to Warraich, CardBaazi is offering a better user interface which is lighter, faster, and smarter. The lower RAM and the lighter version of the app is battery efficient providing smoother game animation. Besides these improvements, the app will also support automatic OTA updates. He shared, “We have been out and out proponent about developing everything in-house for all our products. We had already developed a world-class Poker property in-house and based on that experience, we developed CardBaazi.com. Our technology team was able to replicate the world-class experience within just 45 days to launch of the application, which is commendable. The technology team essentially forms the backbone of Baazi Games, and without them, the kind of products and IPs we have created across our platforms would not have been possible.”

CardBaazi supports both free-to-play and pay to play modes. Platform fees vary from game to game and stake to stake. For example, in Poker, it ranges between two to four per cent and in Rummy it varies between eight to 12 per cent. In the case of Call Break, it can go up to 12 to 15 per cent. The variation also comes in terms of stakes, as on relatively higher stakes, they have lower platform fees and vice-versa.

As a platform, by the end of next year, CardBaazi aims to feature eight to 10 games of skill on the platform. Apart from that, they will continue to focus on the user experience and bring technology updates which will make the platform more user friendly. In terms of the revenue, they are aiming for at least 2X growth by the end of the coming fiscal year.