There have been speculations that AT&T , the parent company of Warner Bros. Interactive Entertainment wants to sell its Warner Bros. gaming division for “about” $4 billion, to pay off a huge debt, valued at almost $200 billion. According to recent Gamespot report Electronic Arts has commented about its general approach toward buying studios. As part of the company’s latest earnings briefing, EA CFO Blake Jorgensen–who controls the company’s money–said EA is “more interested than ever” in buying studios. He refused to comment specifically on Warner Bros. but he pointed out that EA is usually in the mix when studios get put up for sale.

According to reports, a lot of AT&T debt stems from the Time Warner deal which was a little over $100 billion, and earlier Microsoft has shown interest too to be in the list of potential buyers who could take WB entertainment off AT&T’s hands. The recent scenario states that EA seems interested in snapping up a studio to get its portfolio of games–instead, it wants to invest in talent.

The reports also highlighted that if any sale happens it would not necessarily give rights to IP like Batman and Harry Potter – instead, there would likely be a “commercial licensing agreement” – to ensure AT&T continues to earn revenue. 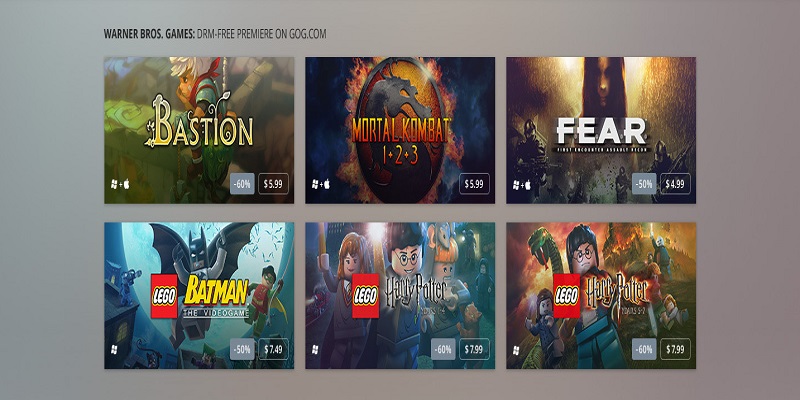 According to CNBC who first reported that the deal is open, on the basis of recent transformation in the institution after former WarnerMedia CEO John Stankey is set to replace Randall Stephenson as the new CEO of AT&T on 1 July. Stankey may look to disposing of assets after activist hedge fund Elliott Management took at $3.2 billion stakes last year, calling for divestitures and leadership changes. Elliott called for AT&T to sell non-core assets including DirecTV, a transaction Stankey hasn’t been in favor of pursuing. Stankey said AT&T is focusing on “a lot of work around portfolio rationalisation” at Morgan Stanley’s Technology, Media & Telecom Conference in March.

Players like Take-Two Interactive, Activision Blizzard,  have also expressed their interest in buying the games division of Warner Bros. Interactive Entertainment. Although no official statements have been rolled out by any of the possible buyers or by current owners AT&T about the sale. If we consider the current statement of EA games which states that they are more than interested in buying and wouldn’t mind investing in pure talent that simply indicates the nature of EA’s acquisition motif and it doesn’t prove that  AT&T wants to sell their gaming properties/studio neither it proves EA is aiming to buy.

Therefore it will be wrong that the gaming division is actually on sale and buyers are queueing up for it. However, if speculations of the media houses are right then who will seize the deal?