One of the closest competitors of Google, Microsoft and Sony is Amazon Luna, and now the platform is getting a notable expansion. Amazon Luna is available now on Android devices. Amazon Luna surprised most people by launching on Windows, Fire TV, the web, and Apple’s iOS, which, at the time, lacked support for any cloud gaming platforms. Meanwhile, Android was left on the waitlist. Now, Amazon has opened the doors to Luna on Android.

Amazon launched Luna in early access in October, where it was initially available on PC, Mac, Fire TV, and on iPhone and iPad via web apps. The service works on a channels-based model, where you pay a monthly fee for each channel of games you want access to. 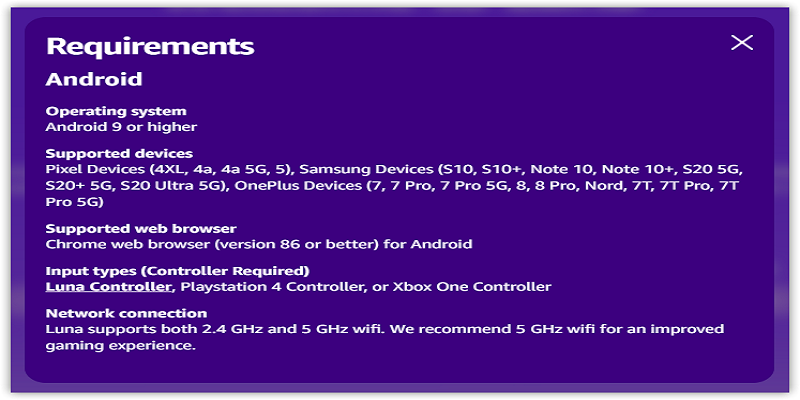 Just like on iOS, Luna for Android is a web app accessed at Amazon Luna official site. Amazon says you’ll need to be using the Chrome browser and Android 9 or higher. The company also mentioned that its own Luna Controller, as well as Bluetooth controllers such as the DualShock 4 and Xbox One Controller, are also supported. You can even “install” Luna as a Progressive Web App on your homescreen, complete with a new UI when you do so.

Amazon is limiting this web app to only a select few devices. For the time being, you’ll need one of the following to play Amazon Luna on Android: