In October 2020, Andhra Pradesh has banned online gaming, online betting and gambling, and has urged the Centre to direct all internet service providers to block access to 132 websites and apps, including Paytm First Game, Mobile Premier League and Adda52, that are providing such services in the state.

The Madras High Court Madurai Bench is also hearing a case against online gaming. Three people had allegedly died of suicide in Coimbatore this month due to heavy financial loss in the online rummy game. 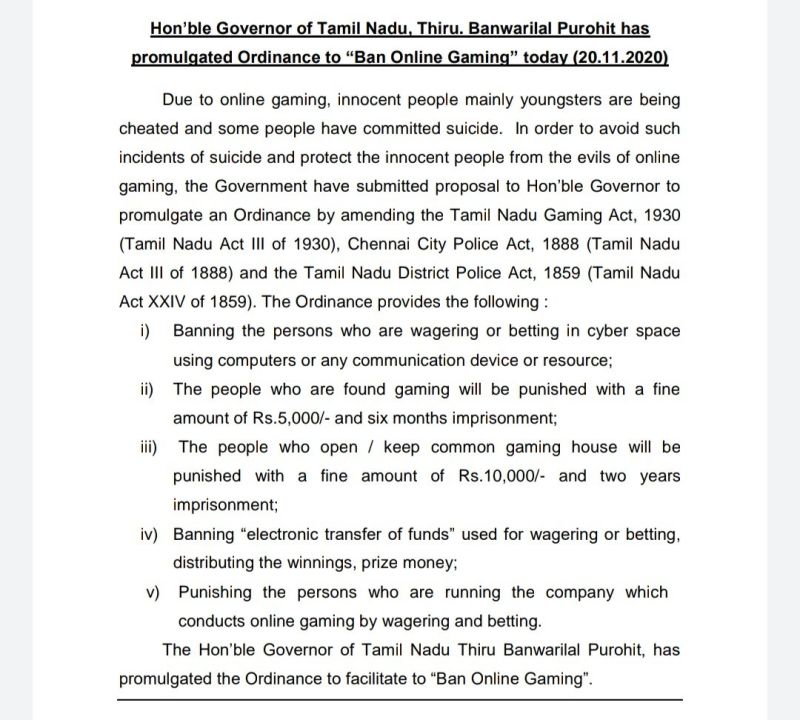