From Trump to demonetization, 2016 was lit with events and agendas across every horizon. The gaming industry wasn’t an exception. The milieu of gaming experienced terrific new releases, growth and disappointments as well, both in the international and indigenous space. Let’s take a look at some of them.

Blizzard’s action-adventure shooter, Overwatch was undoubtedly one of the winners this year. Not only was the game a smash-hit, it more or less revived the genre of class-based first person shooters (FPS) (like Team Fortress 2), however Gearbox’s Battleborn which was almost (apart from the MOBA elements) a similar game did not do well comparatively with gamers. Released at almost the same time, Overwatch witnessed a whopping 10 million player participation in the beta, whereas Battleborn managed only two million. 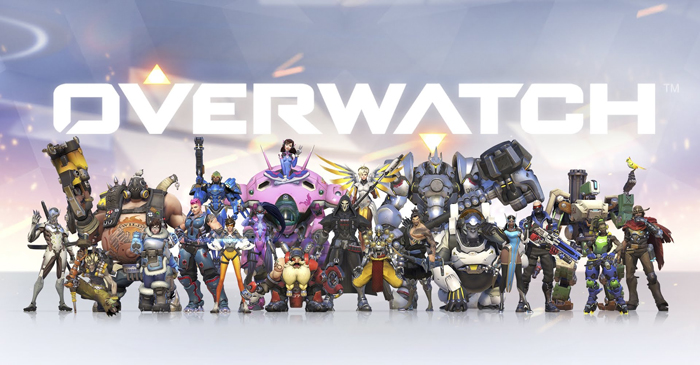 While Overwatch’s beta numbers were quite impressive, soon Battlefield 1 took it over, with a 12 million reported beta participation. However, Overwatch dominated The Game Awards, taking home four accolades to its name.

One of the most celebrated franchises also bid adieu this year, as Naughty Dog released the concluding edition Uncharted. Titled Uncharted: A Thief’s End, the game was the last of Nathan Drake’s adventures.

And no, I did not forget No Man’s Sky. How can the space exploration game from Hello Games be forgotten, after it got riddled with so many controversies. It rose into being one of the most talked about games in 2016. No, not in a good way.

According to a report from market research firm, Superdata, mobile dominated the gaming revenue figures of 2016. Mobile games generated $41 billion (up by 18 per cent). So, what comes to our mind at an instance after reading this? POKEMON GO! Yes, the alternative reality game which recently launched in India made headlines all around the globe and contributed largely for the surge of mobile revenues.

Soon after its release, Niantic’s Pokemon Go became no less of a phenomenon worldwide. From people getting robbed owing to its lure module to Nintendo’s shares surging ahead by 10 per cent in just a day, Pokemon Go added $7.5 billion to the market value of Nintendo and enjoyed its fair share of limelight. The download of the game soared so high in just a couple of days of the initial release that their servers crashed and the company had to release a statement about the issue, which in turn might have delayed the release of the game in the other regions as well. 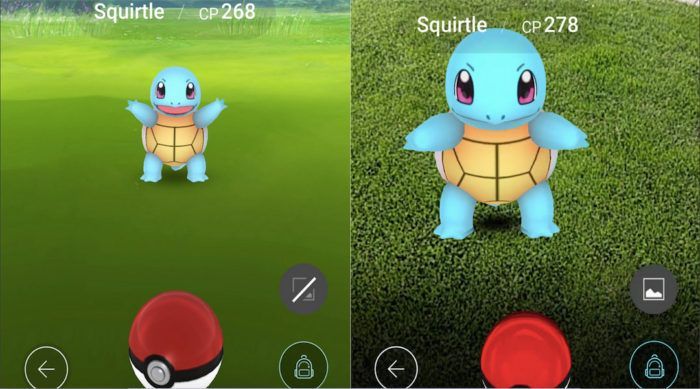 So, how was Pokemon Go in India?
After all, it was Pokemon and even before its official release, the enthusiasts downloaded the apk file and started their Pokemon journey and it was a perfect example of why we needed faster data plans. However, Pokemon Go made headlines in India as well:
A complaint was filed against the game owing to the fact that it was choosing holy places (like temples) to place eggs (virtual poke-eggs of course), while others had random problems like this:

*was about to catch Pikachu*

Jokes apart, with the telecos enhancing the 3G experience and launching 4G services, the mobile gaming scenario in India got a boost. For example, various games like Killshot provide daily rewards for completing a specific challenge and then there are other games which provide rewards for just logging in everyday. The smartphone penetration being at an all-time high in the country along with high speed  data services available, India was the country with the highest number of downloads on the Google Play Store from being number three last year. However, a report from App Annie also suggests that the smartphone penetration in the country stands at 30 per cent currently and thus indicating that there is even more potential which is bubbling to be tapped.

With more than 500 million downloads, Pokemon Go was the highest downloaded mobile game of 2016 followed byPiano Tiles 2 and Subway Surfer. It generated $600 million in revenues  worldwide (wherever it was released) in little less than 90 days, faster than any mobile game. However it came at number three, revenue-wise, behind Monster Strike and Clash of Clans.

Tencent was the highest earning gaming company followed by Supercell (both Android and iOS). While India lead the number of downloads in Android, China topped the chart in iOS.

While there’s always the eternal saga of Xbox versus PlayStation, the latter one pretty much dominated the year (no surprises there). Xbox Q2 revenue of 2016 witnessed a decline of 9 per cent or $152 million, coming to a total of $1.53 billion, mostly owing to the dropping sales of consoles and the low average price of Xbox One. Soon, Microsoft launched Xbox One S (a modified version of Xbox One) and confirmed project ‘Scorpio’ which has 4K game graphic support and comes VR-ready. Featuring six teraflops of power, Scorpio has been dubbed as the most powerful one among all of its predecessors. Sony had some tricks up its sleeve as well, as the company unveiled a new, slimmer version of PlayStation4 (PS4), most likely to compete with Xbox One S and the company further went on to reveal their new console, ‘PS4 Pro’, which was earlier dubbed ‘PS4 Neo’, it sports an 8 core AMD Jaguar as the main processor and an AMD Raedon based graphics card. 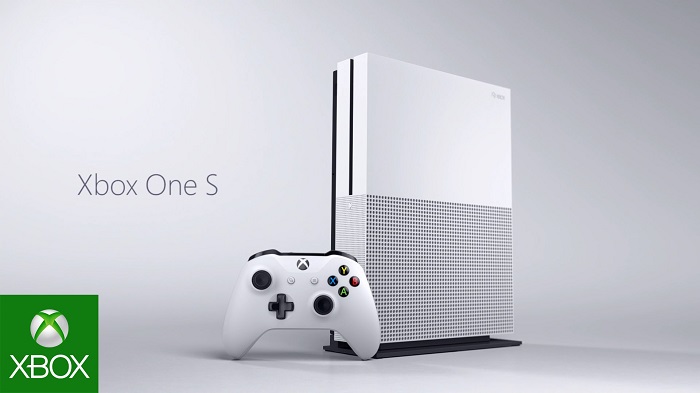 Microsoft stopped releasing the number of sales for their Xbox consoles back in 2015, but 2016 was the year for PlayStation it seems as reported by the e-commerce giant, Amazon. According to industry data, Sony’s console toppled Xbox in three categories: consoles, accessories and sales.

Three of Sony’s PlayStation consoles topped the list of sales with two of the Xbox taking the last two spots of top five. Sony’s recently released PlayStation 4 Slim was Amazon’s highest selling gaming console of the year. The first five of the top 10 accessories were also PlayStation related. Even in the top sold console games list, PlayStation games got featured in 12 out of 20 games. Final Fantasy XV and Uncharted 4 lead the category from PlayStation side. 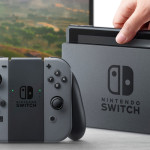 While that’s there, Nintendo released its own console, ‘Switch’. The console can be used both as a handheld device, and can be connected to a system like a regular console as well.

YES, Nintendo broke its traditional style and ventured into the mobile space with Super Mario Run.

Highlights from the Indian gaming scenario in 2016:

>All India Gaming Federation (AIGF), a non profit organisation which would look after the policy advocacy and research in the field of gaming, was launched.

> In the month of April the government passed the ‘Nagaland Prohibition Of Gambling And Promotion And Regulation Of Online Games Of Skill Act 2016 legislation’. Nagaland finally began providing licences to online gaming operators who wish to function in the country.

> 2016 was a good year for Indian eSports as it managed to provide around Rs 75 lakhs in prize money.

> Idea started carrier billing on Google Play, which was recently followed by Vodafone and Airtel as well. This could very well be a boon for the game developers who are targeting the Indian market.

A lot of companies have really taken the promotion of their games to the next level, live-action trailers being one of the most preferred way, the recent examples being Dishonored 2 and Super Mario Run. While these are an excellent way of promoting a game, some of these kind of features must have mislead users into buying games or similar items. Then came the Steam’s policy of using only ingame video/screenshots for promotions on the platform’s store.

2016 also saw two videogame based movies being released, Warcraft and Assassin’s Creed, both of which were really, really GREAT!
The indigenous gaming scene:

The indie developers in the country had a pretty decent year as well. Blyss reached the Apple’s featured list on the app store, while The Light Inside us took home the title of Best Mobile Game awards for Asian indies. Several other indie games really made a mark like the Xigma Games’ Rubek, Pixel Ape Studios’ Bluk and Missing by Flying Robot Studios, which especially took a shift from the traditional games.

The biggest game developers’ event in India, NASSCOM Game Developers Conference (NGDC) saw its highest participation ever with 1800 delegates taking part in it. A report published by App Annie also projected that the global and domestic mobile gaming revenue would hit $1.1 billion by 2020.

The eSports scenario in India took a decent step ahead as well. Overwatch’s inception brought in tournaments like the GeForce Cup powered by Nvidia. The ESL India Premiership had two successful seasons, there was ‘Havoked’ by Mag Gaming, SuperNOVA by Novaplay. The prize pools for the championships have been increasing in leaps and bounds as well.

Overall, the year has been great for the gaming industry. While Virtual Reality (VR) offerings did not live up to the expectations ($2.7 billion in revenues), 2017 could just be the year for VR. Some great games are on their way in 2017, both AAA and indie ones. Slowly but surely, India is embracing the gaming elements. While our country’s gaming market still lags behind countries like Singapore and Malaysia, 2016 was definitely a big step ahead.
A Nasscom report suggests that the number of indie game developers has increased tenfold in the past seven years and it keeps on growing. With more publishing deals coming in from abroad, indie studios are getting the head-start they require to get through.
As such, 2016 definitely a launch-pad for the Indian gaming industry and 2017 should be the first taste of sweet success!