A remake of the classic animated Disney series, Chip ‘n’ Dale Rescue Rangers is in the works. The film is set to begin filming next spring in Los Angeles, California and will combine live-action with CGI. It will be released as a Disney+ Original.

The movie is being directed by The Lonely Island member Akiva Schaffer (Popstar: Never Stop Stopping, The Watch, Hot Rod) and produced by David Hoberman and Todd Lieberman (The Muppets, Beauty and the Beast [2017]). It is written by Dan Gregor and Doug Mand (How I Met Your Mother).

The original series was produced by Walt Disney Television Animation and was created by Tad Stones and Alan Zaslove. It followed two chipmunks, Chip and Dale, who start a detective agency, Rescue Rangers, along with their friends Gadget Hackwrench, Monterey Monty Jack, and his housefly sidekick Zipper. The detectives deal with crimes that are often too small for the police to handle and frequently find themselves going up against tabby cat Fat Cat and mad scientist Norton Nimnul. The series originally aired from March 1989 to September 1990. 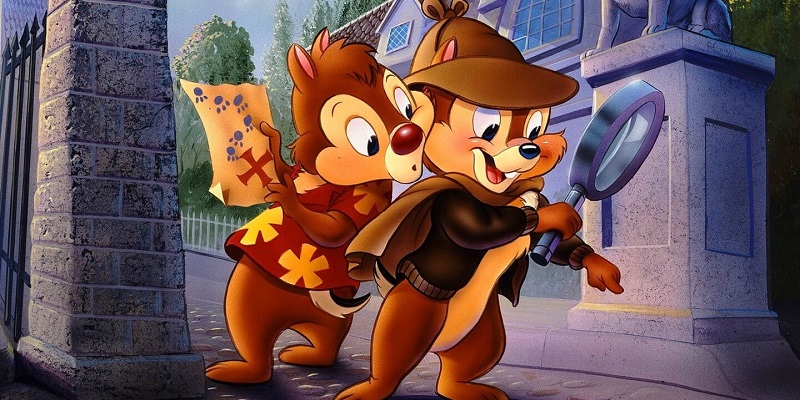 Tress MacNeille originally voiced Chip and Gadget, while Corey Burton voiced Dale and Zipper. Jim Cummings voiced Monterey Jack. There are rumours of the original cast reprising their roles, but nothing is confirmed yet.

Plot details are not yet revealed but it will not be an origin story nor a detective agency story. Rather, the take is described as being meta.
Disney has not yet announced any official details.