SEPC DG Sangeeta Godbole, the initiator of this effort, details, “We have been surprised by the response and support of the industry. We received over 150 delegates from 42 countries in less than two months. Out of these, 100 delegates are finalised and will be participating in B2B matchmaking with the Indian counterparts.”

This was followed by all the delegates introducing themselves, giving a brief of their company profile and sharing the agenda for the conference. Companies from Hungary, Kenya, Cambodia, Thailand, Malaysia, Mauritius, China, South Korea, Taiwan, Australia, Sri Lanka, Bangladesh, Chile and many more, spoke about the kind of content they have brought or the kind of content they are looking to buy. This made it easier for the delegates to connect with the right people. 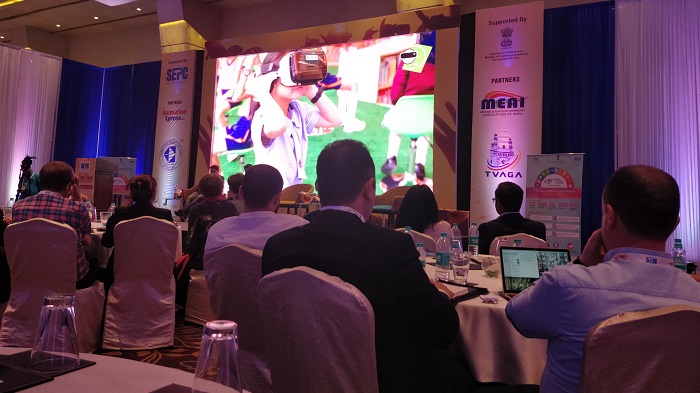 Godbole further elaborates, “The aim of enTTech has been to be the one source stop for service industry in the M&E market. India itself has a huge consumption capacity for services which is often ignored. One such example is DRDO Labs which is looking for capable AI, AR/VR, animation and gaming solutions and will be at enTTech to look at the right partners.

“We have realised that apart from entertainment there are huge possibilities in application of VFX, AR/VR and animation in research and development for young Indian companies, especially in the realm of  augmented reality and virtual reality (AR/VR). This open countless avenues in a sector which is now largely limited to entertainment. It would be a new dimension to the audio visual field and would also be a big boost to the energies of young aspiring companies.” 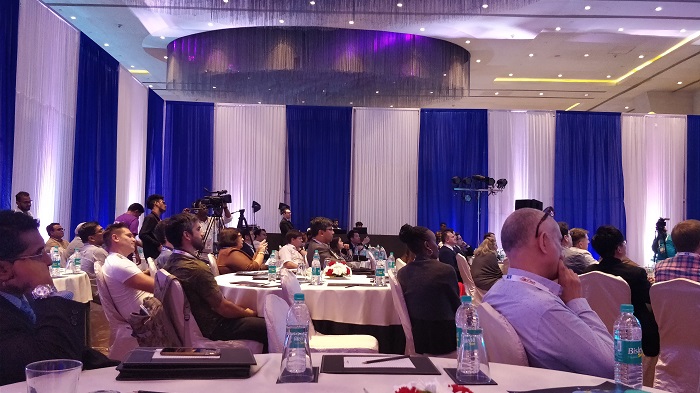 “There is a large scope for M&E services not only for public sector such as aviation, defence, railways and space research but also in private enterprises including healthcare, education, automobile, real estate and more importantly automation in every industry. We expect this market to grow at a consolidated CAGR of 35 per cent plus over the next five years, year on year.”

SEPC vice chairman Maneck Davar details on enTTech’s format, “We have purposely ensured that this edition of enTTech is solely focussed on B2B matchmaking rather than the panels and sessions. This drives the focus on the core business aspect. All meetings are pre-scheduled using our B2B matchmaking platforms for 15 minute slots. It is our endeavour that the international delegates and their Indian counterparts have meaningful meetings.” 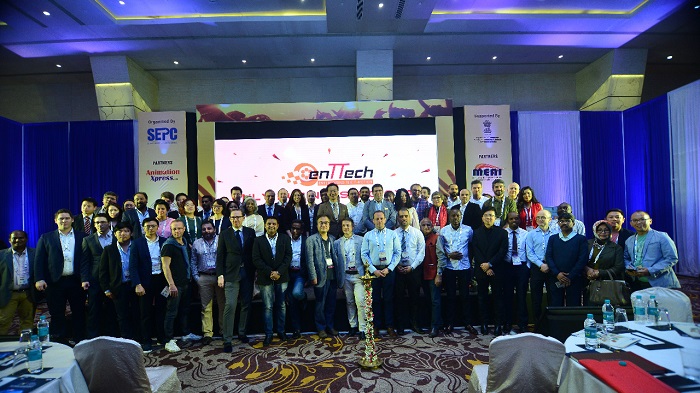 MEAI secretary Ankur Bhasin is appreciative of the council’s efforts and adds, “The animation and VFX industry is estimated to grow at a CAGR of 17.2 per cent over 2017–21 to reach a size of Rs. 131.7 billion, driven by a steady 9.5 per cent growth in animation and a 25 per cent growth in the VFX segment. International projects continue to account for a lion’s share of the VFX industry revenues at over 70 per cent, with Hollywood studios leveraging the skill set and cost advantages of Indian talent.”

“The animation services market in 2017 continued to be dominated by outsourced projects from television and film sectors, which accounted for around 85 per cent of the total animation services turnover in India. It is not surprise that M&E is the buzz sector. We are thankful for SEPC to show this initiative and are sure that this market will continue to grow and emerge as a must attend event not only in India but in entire Asia. MEAI will continue to extend its complete support for the event and we look to partner in future editions of enTTech as well.”

With the first day ending with delegates networking after the sessions only makes the next day (tomorrow) more exciting. The initial introduction having concluded, the participants can expect a full fledged focus on one on one B2B meetings while simultaneous panel discussions look promising as well. While speaking to us, a number of participants, both indigenous and overseas stated their excitement about the meetings tomorrow. With a strong focus on crisp time slots, enTTech looks to conclude with a successful maiden edition tomorrow.

For more information on the event and respective organizations, please contact the following: