The wait is finally over! Marvel’s Phase 4 finally kicks off 18 months after Avengers: Endgame with the debut of WandaVision today on Disney+. To celebrate the launch, Marvel has dropped a few new posters for the series.

Marvel’s first scripted series post the events of the conclusion of Infinity Saga will further continue the slate of interconnected superhero content. WandaVision centers around Wanda Maximoff (Elizabeth Olsen) and Vision (Paul Bettany), a couple very much in love and trying to find their true identities (hints from the trailer). 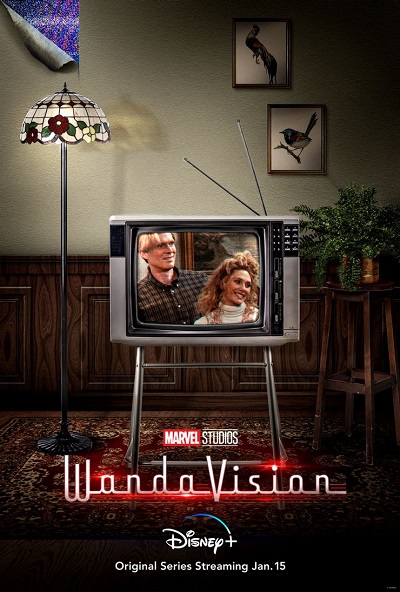 The show begins with the superhero pair living in a 1950s-inspired sitcom enjoying blissful suburbia, who cycle through a number of different decades, showcasing television tropes and iconic fashion from each era, as they begin to question their picture-perfect lives.

Many reports suggest WandaVision as a reflection of a lot of the anxiety and chaos that the world has experienced throughout the past year, saying that she and the other producers feel great about the special timing of WandaVision’s release.

Director Matt Shakman stated, “WandaVision is a full MCU extravaganza, so there are big dramatic moments, and the high stakes life-or-death moments. And Paul [Bettany] and Lizzie [Olsen] are absolutely up for the challenge of those heartbreaking beats, so we had to go there as well.” 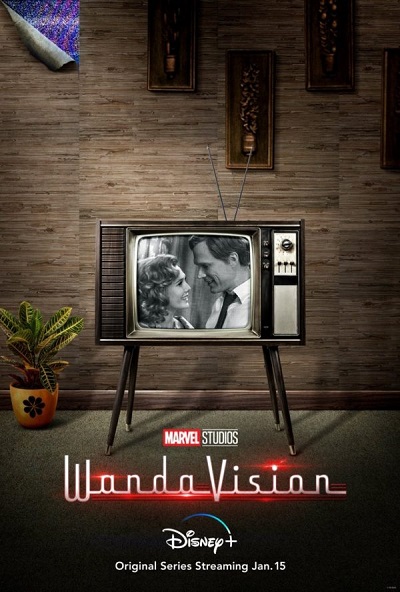 Bettany also revealed that he was able to work with an actor who has been eyeing to work with for quite some time now, in WandaVision. He also said that they “have some real fireworks together.”

Teyonah Parris, who is the daughter of Maria Rambeau, is playing Monica Rambeau, is also part of the cast. Maria is the best friend of Carol Danvers aka Captain Marvel. Both Monica and Maria were featured in the 2019 film Captain Marvel, which was set in the ’90s when Maria was just a child.

WandaVision will also explore Wanda’s lineage from the comics as confirmed by Olsen. “I think as much as I can understand parenting you would do anything to protect your family and your children…I think what it does bring up for her is this reflection of her own experiences from when she was a child and her you know, throughout her family,” she added.